In a landmark case, Norway's top court has approved oil exploration in the Barents Sea. Greenpeace had argued that oil licenses violated the Norwegian constitution, which guarantees the right to a healthy environment. 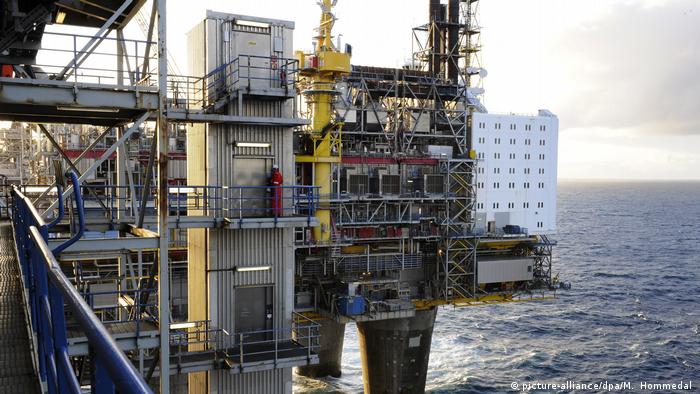 Norway's supreme court on Tuesday approved government plans for oil exploration in the Barents Sea off the country's northern coast, rejecting a lawsuit by environmental groups.

The groups, including Greenpeace, had claimed the oil licenses breached an article in the Norwegian constitution which guarantees the right to a healthy and viable environment.

"The supreme court is rejecting the appeal," Chief Justice Toril Marie Oeie said as she announced the verdict on Tuesday.

The Nature and Youth advocacy group denounced the ruling in a tweet: "This means today's youth lacks fundamental legal protection from environmental damage jeopardizing our future... This is shocking and we are furious."

Norway 'must be held accountable'

The verdict upheld rulings made by two lower courts, dismissing the arguments by Greenpeace and the Nature and Youth group that a 2015-2016 oil licensing round giving awards to Equinor and others had violated the constitution.

The environmental groups sued the Norwegian state in 2016, saying the "Norwegian government must be held accountable." The Grandparents Climate Campaign and Friends of the Earth Norway subsequently joined the case.

The groups also argued that new oil activities in the region would be contrary to the 2015 Paris climate accord, which seeks to limit average global warming to under 2 degrees Celsius (3.6 degrees Fahrenheit).

Norway is western Europe's top oil and gas producer with a daily output of around 4 million barrels of oil equivalent. That has enabled the country to amass the  world's biggest sovereign wealth fund valued at more than $1 trillion.

The oil and gas industry is also the biggest emitter of carbon dioxide (CO2), which has been linked to dangerous climate warming.

The environmental groups launched the lawsuit as part of an emerging branch of environmental law around the world, where plaintiffs seek to use a country's founding principles to make the case for cutting emissions.

Beneath the Waves - Norway and CO2 Emmissions

Companies that make money selling coal, oil and gas could be held more accountable if judges in the Hague order fossil fuel giant Shell to cut its emissions.