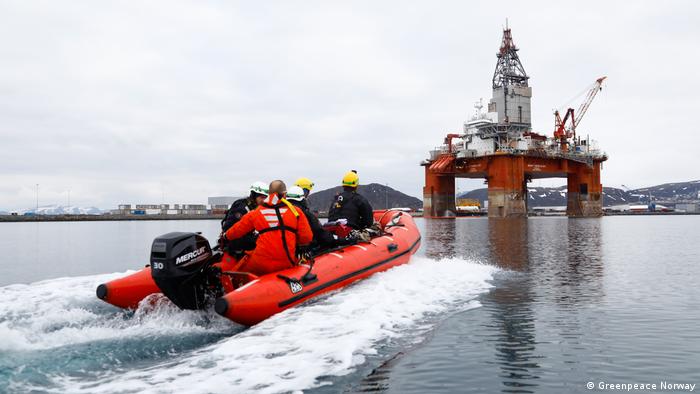 Environmental groups lost a court battle on Thursday to try and stop Norway from granting permission for oil drilling exploration in an Arctic sea.

Norway's Borgarting Court of Appeal unanimously decided that Norway's decision to permit new exploration licenses in the Arctic's Barents Sea, off northern Norway, does not violate the Norwegian constitution nor the 2015 Paris Agreement.

The ruling followed the Oslo District Court's ruling in January 2018.

Environmental activist group Greenpeace, together with environmental protection group Nature and Youth and two other groups, argued that Norway's oil drilling permits violated Article 112 of the Scandinavian nation's constitution, which guarantees that future generations have a healthy and safe environment.

Oil exploration may not lead to drilling

The appeals court in its ruling said while Article 112 applied to "emissions of greenhouse gases from the combustion of oil and gas after export" from Norway, it added that it was "uncertain whether viable discoveries will be made and whether the decision will lead to emissions."

The court added that new assessments could be expected if oil and gas fields were to be developed following exploration.

"We believe we will win this case, whether it be in the courtroom or outside," said Therese Hugstmyr Woie, head of Nature and Youth.

The groups intend to appeal to the Supreme Court.

Environmental groups are increasingly taking up legal challenges against governments to force them to protect the environment. Most recently, the Hague Appeals Court ordered the Dutch government to cut greenhouse emissions faster than planned after a lawsuit by environmental group Urgenda.