The nordic country saw more registrations of zero emission cars than any other nation in the world last year. Norway beats neighbor Sweden - and environmentally-minded Germany - by a wide margin. 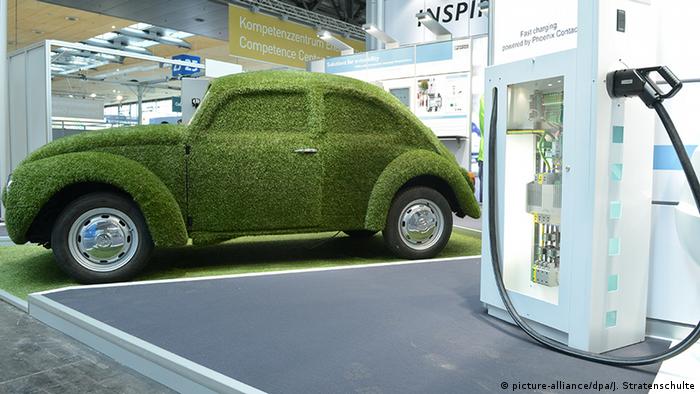 In 2015, almost 26,000 zero emission cars were registered in Norway - nine of them hydrogen vehicles, the rest of them electric cars, news agency AFP reports. They made up 17.1 percent of all new car registrations in the Scandinavian country. This large figure makes Norway the nation with the highest market share for clean vehicles in the world.

"Never has the market share of electric cars been as high as in 2015," Christina Bu of the Norwegian Association for Electric Cars told AFP.

In 2014, the number of electric cars in Norway was much lower, with only 12.5 percent of new registrations being zero emission models. That's an increase of more than 36 percent over the span of just one year. The most popular clean cars with Norwegians were the electric version of Volkswagen's Golf, the Tesla S and Nissan's Leaf.

Other countries can only dream of such high numbers of e-cars driving down the streets. In Sweden, only 4 percent of new registrations in 2015 were zero emission cars. Norway does have a number of incentives to nudge buyers toward clean vehicles, like tax exemptions and free parking. But authorities plan to gradually phase them out because of high costs.

In Germany, the number of clean cars is smaller still. In 2015, just 1.7 percent of the 3.2 million new registrations were "new vehicles with alternative means of power," as the Federal Office for Motor Vehicles (KBA) calls them. That, however, includes 33,630 hybrids and only 12,363 electric cars.

Prices for e-cars in Germany are still high, while their range remains low - many travel only 200 kilometers (124 miles) before they need to be charged. Plugging them in isn't easy either, because charging stations are still few and far between.