Norwegians went to the polls on Sunday for the first of two days of voting in a parliamentary election that has put the future of the fossil fuel sector center stage.

The official election day is Monday, but voting booths were opened early in the capital Oslo and several other cities.

Opinion polls show the opposition Labor party on course to replace the Conservative-led coalition of Prime Minister Erna Solberg, though the center-left party would need support from at least two others to secure a majority.

Labor leader Jonas Gahr Stoere has pledged to cut the country's CO2 emissions in line with the 2015 Paris Agreement. But the party has rejected calls to severely curtail oil and gas drilling, a major source of wealth and jobs.

Stoere's campaign has focused on his promise to address inequality by offering tax relief for low- and middle-income families and hiking rates for the rich.

He is counting on Labor, the Center Party, and the Socialist Left to collectively win a majority that will allow a comeback for the three-party coalition that ran Norway between 2005 and 2013.

But ahead of the vote, polls showed that a growing minority of seats in parliament could go to parties and lawmakers that want a stronger commitment to cleaner energy.

The Green Party, for example, wants to shut down Norway's oil production altogether by 2035.

The government has defended a slower phase-out by saying that global oil demand will remain the same, and cleaner Norwegian production would be replaced by other countries with higher emissions. 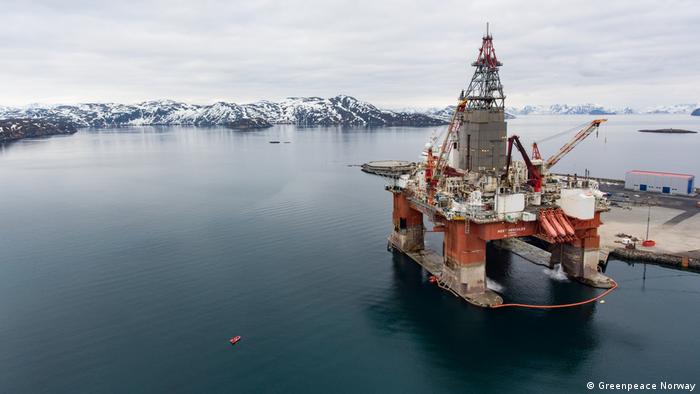 North Sea oil and gas has helped to make Norway — a nation of 5.3 million — one of the wealthiest countries in the world.

Decades of exporting fossil fuels have created a generous welfare buffer, and the world's largest sovereign wealth fund — worth $1.214 trillion (€1.03 trillion) in December.

Last year, the government withdrew a record $37 billion from the fund — more than it generates in interest and dividends — to help cushion the economic impact of the COVID-19 pandemic.

Most of the country's oil and gas still comes from mature areas in the North Sea, but most of the untapped reserves are in the Barents Sea, above the Arctic Circle.

At the same time, Norway is among the world's most enthusiastic consumers of green power. The country has a hydro-powered energy grid and is the world's fastest to adopt electric cars.

Some 70% of all new cars sold in Norway are electric, thanks to generous government subsidies.