Northern Ireland′s fragile peace ′all about the border′ | Europe | News and current affairs from around the continent | DW | 04.12.2017

Northern Ireland's fragile peace 'all about the border'

As the UK seeks to rejig relations with Europe after Brexit, the Irish border has become a sticking point. Dr. Katy Hayward, author of the report Bordering on Brexit, asked people living near the border what they think. 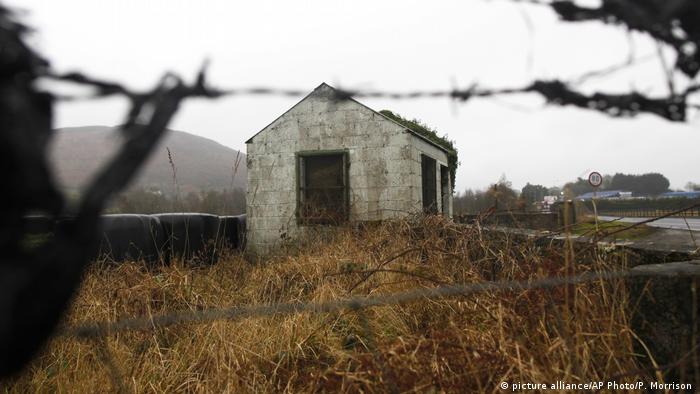 Dr. Katy Hayward is a lecturer in sociology at Queen's University, Belfast, with a particular focus on post-conflict transitions. An expert on the impact of European integration on cross-border relations on the island of Ireland, she was responsible for carrying out the Bordering on Brexit report compiling views and examining the impact of Brexit on residents north and south of the border. It was commissioned by the Irish Central Border Area Network, which brings together local authorities on both sides of the Irish frontier.

DW: How do people remember the border when there were still checks?

Katy Hayward: The removal of the customs checks was as a result of the Single Market of course, so that was the early 90s but you didn't really get the full benefit of that until [the peace process] almost a decade later because you still had the fairly heavily securitized border crossings.

It's interesting from the Bordering on Brexit report that I did that people in the border region associate border controls with the heavily securitized controls that they experienced during the troubles.

So are people conflating the issues of customs and security?

There's been a lot of confusion and a lack of clarity about the types of controls that will be needed.

Certainly people remember what border controls were like, because there's a lot of anecdotes about smuggling things across the border and more importantly the kind of bother that was entailed in having to make customs declarations and being searched.

For example, if you drove your car across the border you would have to sign a sheet  as you crossed the border and then sign a sheet on the way back in again because it was treated as if you were exporting the car — so that it was clear you wouldn't be selling the car on the other side of the border.

People do have a memory of customs controls but I think on top of all of that is this notion of putting any barrier between North and South just brings back to the fore those memories about the very heavily securitized border that used to exist. 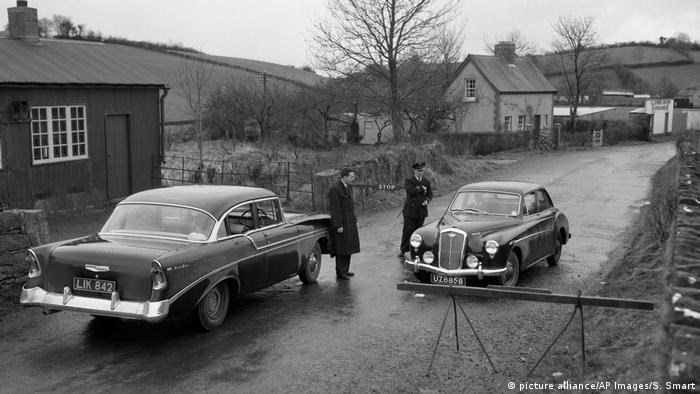 What was the general feeling from people in the study about having a customs border?

A key point would be that when you ask people about how they cross the border and how they view it nowadays there's a bit of a paradox there.

On the one hand, they say "The border doesn't feature in my life. I don't think about crossing it any more." Day to day they might cross the border several times and not notice they're doing so or think about doing so. Where someone goes to shop would depend on where the best prices are or on the nature of shops available, not on which side of the border it's on, so there's that kind of narrative.

On the other hand people are saying the border is still there very much as a psychological weight and an emotional weight. Of course it's highly politically significant as well. Any prospect of a change in the status of the border immediately revives feelings and thoughts that are associated with conflict and division.

Could the introduction of customs help refuel the conflict?

It's not about drawing a direct line between having to make customs declarations and restarting the conflict. But by making it more difficult in any way — or more apparent — that you're crossing the border, the worry is that you're putting in barriers between North and South that are symbolically significant. Many people in the Bordering on Brexit study were saying it would be a step backwards in the peace process.

Did people express a lot of fears about what might happen?

The overriding feeling I guess was one of uncertainty and, I guess in a post-conflict, fragile society like Northern Ireland, uncertainty is not a good thing — especially when we've seen this quite strong language of mistrust, suspicion and criticism between the British and Irish government. That's not good for the peace process in Northern Ireland because it falls down into the divisions between unionists and nationalists within Northern Ireland and that sort of polarization is a really negative thing. 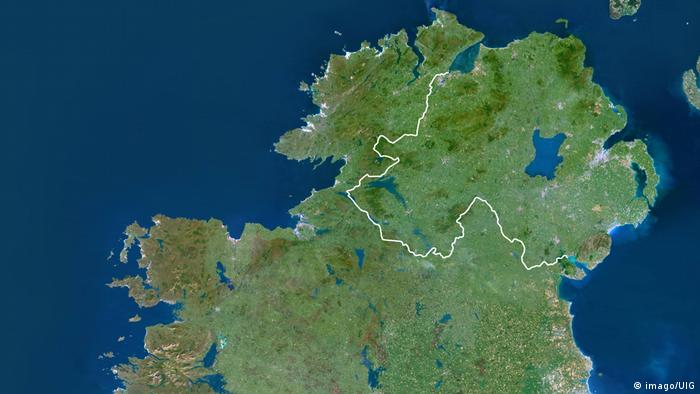 How important is it for London and Dublin to show unity on the border issue?

The whole peace process, the whole Good Friday Agreement, was about the border in many ways. It's all about that. The border is important symbolically. The Good Friday Agreement recognizes that unionists and nationalists want very different things when it comes to the border. Unionists see the border as absolutely fine and, of course, Irish nationalists see it as a monstrosity, that partition should have never happened.

The Irish had that territorial claim to Northern Ireland, which was removed from the Irish constitution. Similarly, the British government said that if, in the future there's a majority wanting a united Ireland, then they would see that through.

It was a funny point of limbo for Northern Ireland, in that both were essentially agreeing to disagree about the border, but when you have the border right at the center of all of this, it's highly polarizing.

To be able to come up with an agreement that saw both unionists and nationalists feeling fairly comfortable and confident in the future of Northern Ireland and able to cooperate to make Northern Ireland function as a region of the UK, that was a huge achievement and that all centered on compromise.

Border checks between the Republic and Northern Ireland will be inevitable after the UK leaves the EU, a UK parliamentary committee has said. The issue is a sticking point ahead of a key EU summit on Brexit in two weeks. (01.12.2017)

After decades of strife and violence, the border between the Republic of Ireland and Northern Ireland, part of the UK, was finally nixed in 1998. The process of Brexit may put that in jeopardy. (26.11.2017)

A UK paper has found that 50 percent of Brits would support another vote on the final terms of a Brexit deal. The poll comes ahead of Monday's crunch meeting between UK PM Theresa May and the EU's Jean-Claude Juncker. (04.12.2017)

The British government has said it is preparing to impose a budget on Northern Ireland after its main parties failed to form a power-sharing government. The move has raised concerns that London may impose direct rule. (01.11.2017)