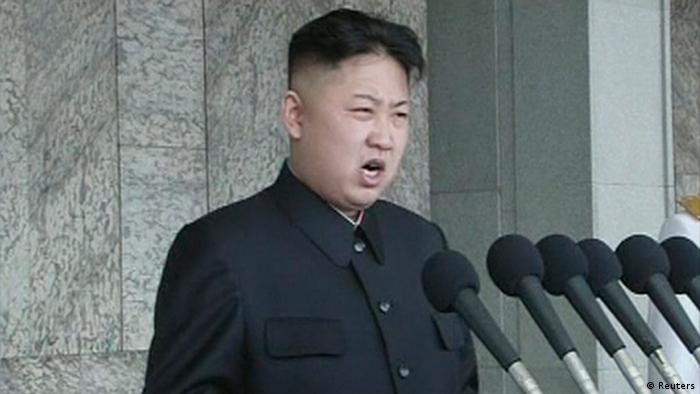 As debate rages over whether the international community should provide weapons to the Syrian rebels attempting to overthrow Bashar al Assad, North Korea has made its position quite clear.

On November 16, a statement by Kim Jong Un carried by the Korean Central News Agency, a mouthpiece for the government in Pyongyang, ignored global condemnation of Assad's brutal efforts to stamp out opposition and was effusive in its praise for the regime.

"Please accept my warm congratulations to you and the government and people of your friendly country on the 42nd anniversary of the rectification movement in Syria," read the message from Kim, in his official capacity as first secretary of the Workers' Party of Korea.

"The rectification movement was a historic event which provided a landmark occasion in the struggle of the Syrian people to defend the sovereignty of the country and build a highly civilized and prosperous new society. 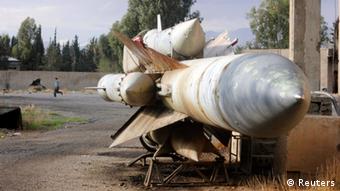 "Availing myself of this opportunity," the message concluded, "I wish you success in your responsible work, reiterating the firm solidarity of our people with the struggle of the Syrian Arab people to defend the sovereignty, peace and stability of the country."

Pyongyang's praise for a government that is elsewhere considered a pariah in the international community is understandable, given that Syria remains one of North Korea's very few remaining allies and is a key source of foreign currency for Kim's regime.

Three days before Kim's effusive praise for Assad, sources in the United Nations were quoted as saying that the North had been caught attempting to transport missile parts to Syria, in contravention of a ban on weapons exports imposed by the UN Security Council.

Some 400 graphite cylinders, which can be used in missiles, were found in May by South Korean customs officials aboard the Chinese freighter the Xin Yan Tai that was bound for Syria.

"Syria was already in a state of civil war in May and no other country was trying to ship material to the country," said Ken Kato, a Japanese human rights activist. "They are brazen and will do anything to get money." 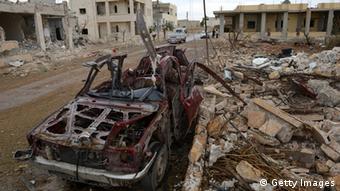 The UN estimates that over 2.5 million people are in need of emergency aid in Syria

Kato has discovered that the 69,225-ton freighter is owned by a Chinese firm based in Shanghai and has been inspected on at least 19 occasions since 2005. The inspections were carried out by the US Coast Guard, as well as naval authorities in Colombia, Australia and the German port of Hamburg.

"But I believe this is the tip of the iceberg," Kato said. "It is not difficult to smuggle weapons by sea and I would estimate that less than one percent of all North Korean weapons shipments are being discovered."

North Korea has reportedly sold military hardware or the technology to produce such hardware to the government of Myanmar and to Hezbollah, while Pyongyang is a long-standing ally of Iran and has allegedly provided extensive know-how and technology to assist Tehran's efforts to build nuclear weapons.

The hard currency that North Korea earns is then reinvested in its own programs to develop nuclear weapons and intercontinental ballistic missiles.

In June, the UN identified eight North Korean companies under a new round of sanctions introduced after Pyongyang attempted to launch what it claims was a rocket but the rest of the world believes was the test-firing of a missile.

A report detailed North Korea's use of front companies in China, the regime's collusion with Chinese firms in forging documents to conceal the origins of shipments and the widespread use of bribes. 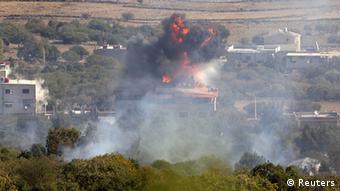 The study also accused Beijing of failing to act when confronted with information on companies that are acting in contravention of the sanctions.

"The United Nations is doing what it can to stop this trade, but I do not believe that all member states are doing everything that they could, especially China," said Kato. "Beijing is protecting North Korea and does not want to see the regime fall for its own national security reasons. They condone these sorts of activities."

That belief was echoed in a carefully-worded statement by the US government on November 15.

Commenting on the discovery of the Chinese ship carrying graphite cylinders in May, the State Department said, "The United States will continue to work with the international community and our partners on the UN Security Council, including China, to enforce sanctions against the DPRK and to urge all countries to be vigilant in their dealings with North Korea."