Pyongyang has said it would take action if a new Indo-Pacific alliance between the US, Australia and the UK had "even the smallest negative effect" on North Korea's security. 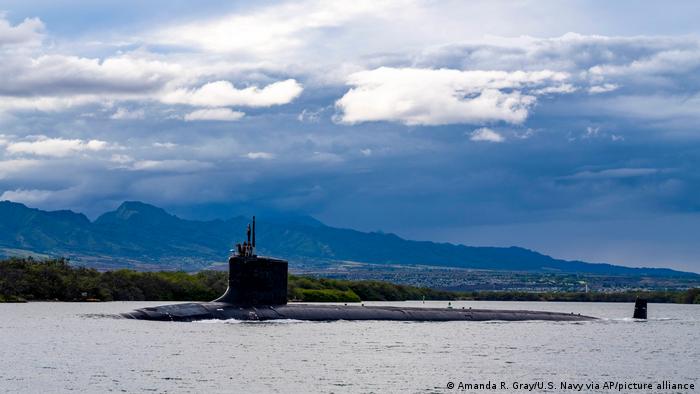 North Korea said Monday that a US-Australia submarine deal, coupled with the new Indo-Pacific defense pact between the US, Australia and United Kingdom, could cause an "arms race."

State media quoted a foreign ministry official as saying: "These are extremely undesirable and dangerous acts which will upset the strategic balance in the Asia-Pacific region and trigger off a chain of nuclear arms race."

What caused the row between France and Australia?

Last week, France recalled its ambassadors from the US and Australia, after a decision from Canberra to purchase nuclear-powered submarines from the US.

US President Joe Biden announced an alliance involving Australia and Britain, which would involve the purchase of nuclear-powered submarines from the US.

The decision sunk a multi-billion dollar deal Australia had with France. Under that agreement French defense contractor Naval Group would build 12 submarines.

The blindside led to the angry diplomatic response from Paris.

French President Emmanuel Macron and Biden are expected to discuss the matter in the coming days.

Australia's trade minister has also indicated he would be looking to meet with his French counterpart over the botched deal.

What is the situation on the Korean Peninsula?

The soured relations among Western allies comes amid a number of missile tests conducted by the Korean neighbors.

The head of Pyongyang's defence science agency, Jang Chang Ha, called the effort, a "clumsy piece of work," adding, "the homegrown SLBM unveiled by South Korea will not be able to serve as an effective means of attack at war."

While Jang said the South's SLBM test was rudimentary it did display level of intent.