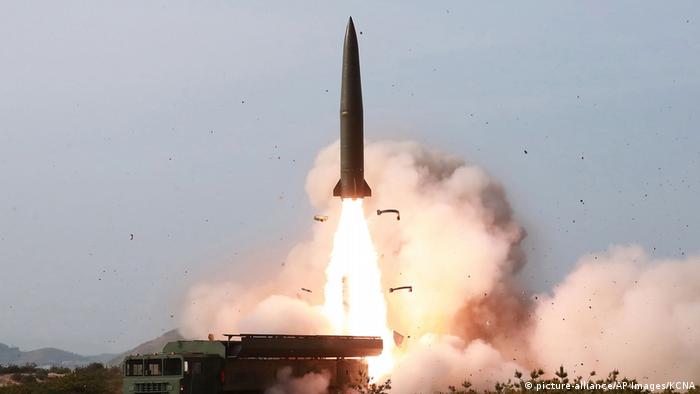 Pyongyang is pursuing a nuclear weapons program, according to an interim report submitted to the UN Security Council.

Numerous countries believe North Korea has "probably developed nuclear devices to fit into the warheads of its ballistic missiles," according to a report submitted to the UN Security Council and confirmed by news agency DPA on Tuesday.

Pyongyang has not carried out a nuclear test since September 2017.

The UN report said one anonymous country determined that North Korea "may seek to further develop miniaturization in order to allow incorporation of technological improvements such as penetration aid packages or, potentially, to develop multiple-warhead systems."

"Thanks to our reliable and effective self-defense nuclear deterrence, the word war would no longer exist on this land," Kim told veterans as he marked the 67th anniversary of the end of the Korean War.

"The security and future of our state will be guaranteed forever," he said, according to state news agency KCNA.

Tensions on the Korean Peninsula went up a notch in June after a row between the two nations erupted over a marketing campaign by South Korean activists, urging North Koreans to overthrow the government.

In May, North Korean media reported that Kim Jong Un ordered his military generals to bolster the country's nuclear capabilities.

South Korean Unification Ministry revokes licenses of activist groups to send balloons into the North, triggering accusations that Seoul is not truly interested in the well-being of ordinary people in the North.