Both countries' leaders have urged peaceful dialogue as a means to viable political solution to the crisis. But North Korea's leader has defended his nuclear weapons program, saying it ensures peace on the peninsula. 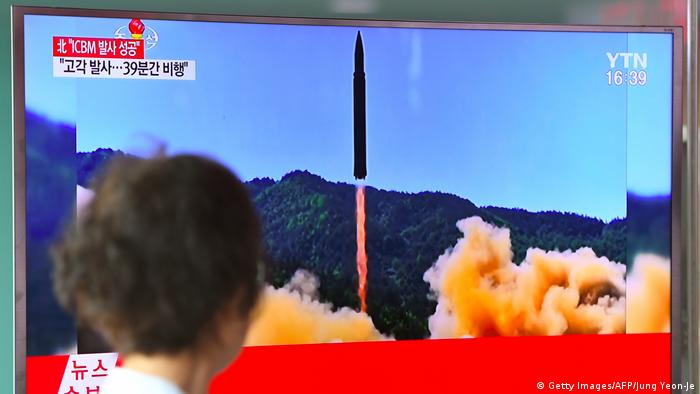 The nuclear test "represents a significant danger to the security of the entire region and a serious violation of international law," said Seibert.

"Both interlocutors called for a tightening of the sanctions against North Korea … At the same time, dialogue must be pursued to achieve a peaceful solution to the escalation."

Xi told Merkel that Beijing remained committed to denuclearization in the region, but that progress on North Korea could only be achieved through peaceful dialogue.

"Facts have repeatedly proven that the Korean Peninsula issue can only be resolved through peaceful means, including dialogue and consultation. This requires the international community to work together," Xi said.

North Korea's latest test has put the international community on edge. On Thursday, European foreign and defense officials discussed imposing the EU's own sanctions against Pyongyang, saying its nuclear weapons program represents a "threat to global peace and security."

"We have got a powerful nuclear deterrent that provides us with an opportunity to counter hostile attacks in any part of the world, and ensure peace and stability on the Korean Peninsula," said Kim. "The United States should by all means keep in mind the nuclear status of our country."

Since US President Donald Trump assumed office in January, tensions have risen between Pyongyang and Washington. Several White House officials have warned North Korea of underestimating US will to protect its interests in the region.

How Russia and China exploit history to further their interests 11.05.2022

The arbitrariness with which they deal with their own national histories helps Chinese President Xi Jinping and Russian leader Vladimir Putin secure power and justify their policies.