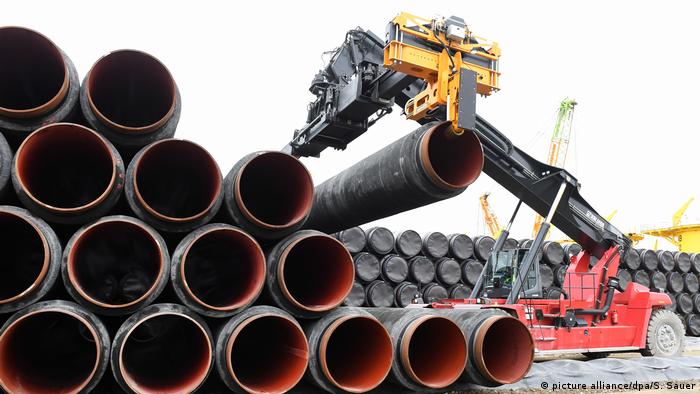 German environmental group Nabu has filed a lawsuit with the country's highest constitutional court to try and block construction of a pipeline through the Baltic Sea to deliver Russian gas to Germany.

The move against Nord Stream 2, which includes a temporary restraining order, came after an earlier suit was denied by a lower-level court in the northern German city of Greifswald in early June.

Nabu said the construction of the 1,200-kilometer (750-mile) pipeline would harm underwater sea life and are unnecessary for meeting German natural gas demand.

In May, environmental group ClientEarth submitted a similar legal complaint in Finland over its concerns that Nord Stream 2 could harm Baltic porpoises, seals and birds. Construction work began shortly thereafter.

A consortium of Russian, German, Dutch and French companies are involved in the project, which aims to transport up to 55 billion cubic meters (2 trillion cubic feet) of gas to Germany starting in late 2019.

Nord Stream 2 supporters say the project would ensure Germany gains access to a relatively cheap energy source. Access would also give the country a greener form of energy that could help Germany wean itself off coal.

But opponents at home and abroad worry it could make Germany overly reliant on Russia at a time of heightened diplomatic tensions. Eastern European countries have also opposed the project because the pipeline bypasses their territory.