'No further expansion' of MH370 search as winter sets in

Australian officials have said that the search area for Malaysia Airlines flight MH370 will not be expanded after it was doubled in April. But search operations will continue through the winter months despite obstacles. 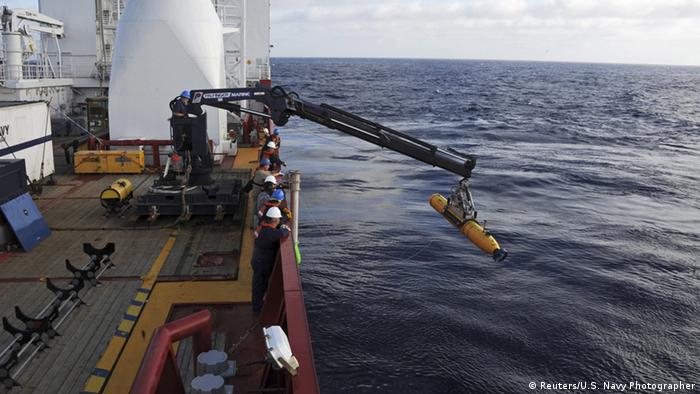 On Wednesday, Australian officials announced that the area being scoured for the missing Malaysia Airlines flight MH370 will not be expanded.

"In the absence of credible new information that leads to the identification of a specific location of the aircraft, governments have agreed that there will be no further expansion of the search area," Australia's Joint Agency Coordination Center (JACC) announced in a statement.

Over 50,000 square kilometers of seafloor have been scoured since search operations began in March 2014, JACC announced.

The report also noted that the main vessels were forced to end "search operations" because of inclement weather.

"On 30 May, foul weather forced all three search vessels - GO Phoenix, Fugro Equator and Fugro Discovery - to retrieve their towfish, as the conditions prevented safe search operations. Search operations have not yet recommenced," the statement said.

As winter sets in, waves are expected to reach 12 meters (40 feet) "before conditions improve," creating major obstacles for the mission.

With Australia's winter setting in, JACC announced that search operations would "continue through the winter months, but pauses are anticipated."

Australia, Malaysia and China have committed to "recovery activities" if the aircraft is discovered and "accessible."