Search zone for MH370 to double

Australian, Malaysian and Chinese officials have said they will expand the search area for the MH370 airliner if wreckage is not found by the end of May. The plane had 239 people onboard when it disappeared last year. 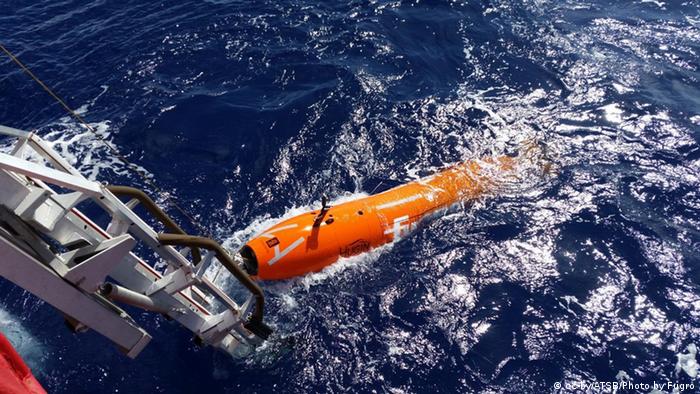 The Malaysia Airlines passenger plane is believed to have crashed in the Indian Ocean off Australia's west coast, although no trace of it has been found after searching through most of the 60,000 square kilometers (23,000 square miles) that experts designated as most likely crash area.

Australia, Malaysia and China are "committed to the search," Malaysian Transport Minister Liow Tiong Lai said after a meeting with his Australian and Chinese counterparts on Thursday.

Officials said search crews had combed though 61 percent of the current search area - the rest is to be checked by the end of May.

However, searchers are hopeful that they can find the plane in the current search zone, he added.

"We are confident we are searching in the right area," Australian Transport Minister Warren Truss also said at the news conference in Kuala Lumpur.

"We are confident we have the best search equipment ... if the plane is in the area we will find it," he added.

The search is conducted by vessels carrying sophisticated underwater drones in previously unmapped stretches of the ocean floor.

Bad weather to hamper the search

The next leg of the search is expected to cost $39 million, according to Liow. Australia and Malaysia are sharing the expenses.

The two ministers said they expect that searching the expanded area would take the rest of the year. However, the efforts are likely to be hindered by bad weather as winter sets in soon in the southern hemisphere.

"We will not waver in our commitment to continue the search until we find the plane and resolve the mystery," he said.

The Malaysia Airlines Boeing 777 disappeared on March 8 last year, during a flight from Kuala Lumpur to Beijing. The aircraft vanished from radar and presumably went down after flying thousands of miles off course, creating one of the biggest mysteries in the history of aviation.

All 239 passengers and crew on board are missing and presumed dead by the Malaysian government.

Even though 2014 was the safest year ever in civil aviation, two major crashes have worried passengers. The Germanwings crash is a rare occurrence - Europe's skies are among the safest in the world. (24.03.2015)