Even though 2014 was the safest year ever in civil aviation, two major crashes have worried passengers. The Germanwings crash is a rare occurrence - Europe's skies are among the safest in the world. 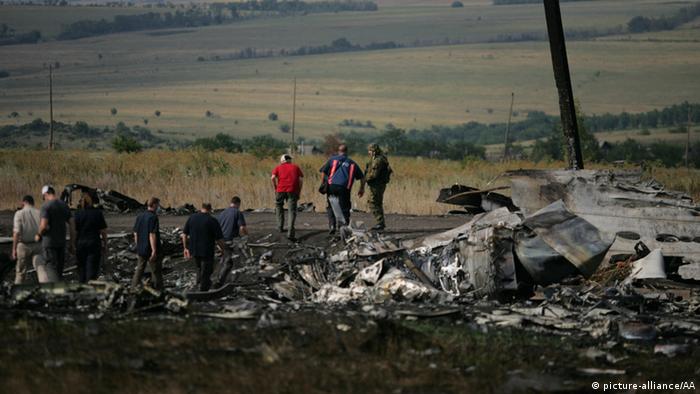 Last year, the International Air Transport Association (IATA) reported of twelve fatal aircraft accidents with a total of 641 victims. Between 2009 and 2013, the group, which represents around 250 airlines, said there was an average of 19 crashes and 517 victims per year.

An IATA report released last month said there was an accident involving an airplane for every 4.4 million flights in 2014. It said that rate of 0.23 accidents per million flights was the lowest in the history of aviation. In 2013, that rate was 0.41.

The tragedy of Malaysia Airlines

"Despite aviation safety being in the headlines throughout much of 2014, flying is safe," IATA CEO Tony Tyler said on March 9 in Hong Kong. In light of the mysterious disappearance of Malaysia Airlines Flight MH370, which disappeared after taking off from Kuala Lumpur, "governments are working with industry on a standard for tracking that will be implemented progressively."

Malaysia Airlines was struck by tragedy just months later when flight MH17, also a Boeing 777, was shot down over eastern Ukraine. The Ukrainian government and Western experts say the evidence points to the plane being fired upon by Russian-backed rebels armed with a Buk surface-to-air missile; Moscow blamed the Ukrainian air force.

The IATA report does not include MH17, because it does not consider it an accident.

A question of safety

But it was precisely because of these two events that 2014 was seen as a tragic year, despite the IATA statistics.

"Are the safe times over now?" asked Germany's renowned aviation magazine "Aero International." It looked at data supplied by the Jet Airliner Crash Data Evaluation Center, or JACDEC, which differ from those of the IATA. According to these figures, there were 970 deaths in commercial aviation - a number almost four times higher than in the previous year (251).

Another specialist group, the Aviation Safety Network (ASN), arrived at an even higher death toll of 990. But, like the IATA, it still called the year one of the safest in history, taking account of the total of 33 million flights. The ASN analysts said there was one death for every 4.1 million flights. From 2011 to 2013, the annual number of fatalities in world aviation stayed under 500.

The accident researchers say the risk of dying in a flight accident is extremely low. But they point out incidents that require further investigation. The industry attempts to resolve even the smallest problems to prevent them from becoming factors in futire disasters.

Carriers linked to Malaysia accounted for the three accidents with most deaths in 2014. Malaysia Airlines flights MH370 and MH17, with 239 and 298 deaths, and AirAsia Flight 8501, an Airbus A320 belonging to the airline's Indonesian subsidiary, traveling from Surabaya, Indonesia, to Singapore. In this case, extreme weather appears a likely cause - as was the case with Air Algerie Flight 5017, a McDonnell Douglas MD-83 that crashed in Mali in July.

Despite its excellent safety record, Europe has seen its share of major air crashes. On March 27, 1977, 547 people died when a KLM Boeing 747 collided with a Pan Am 747 on the runway at Tenerife. It was the worst disaster in civil aviation history without terrorist involvement.

One of the most serious accidents over German airspace occurred on July 1, 2002. An air-traffic controller failed to prevent a mid-air collision between a DHL cargo plane and a Bashkirian Airlines passenger jet. The crash killed 79 people, 49 of them children.

The number of passengers reached a new high last year. About 3.3 billion people flew on an aircraft, according to IATA figures. About 170 million more tickets were sold than in the previous year. The strongest gains were in the Middle East (13 percent), the Asia-Pacific region and Latin America (each 5.8 percent). Just behind them were European airlines, with an increase of 5.7 percent.

A French court has closed an inquiry into the deadly crash of a Germanwings flight in the French Alps in 2015. It said no one could have foreseen the suicidal act of the co-pilot, who deliberately flew into a mountain.

Chinese investigators say they have found one "black box" from a commercial airliner that crashed two days ago. They hope it will help solve the mystery of why an apparently airworthy plane came down.

A China Eastern Boeing 737-800 with 132 people on board crashed in southern China in the country's biggest air disaster in over a decade. Rescue workers have found no sign of survivors.