Pet owners could face major traveling hurdles if no Brexit deal is reached with the EU, the British government warned. A no-deal scenario could also ground airlines, halt trucks and create headaches for Scotch whisky. 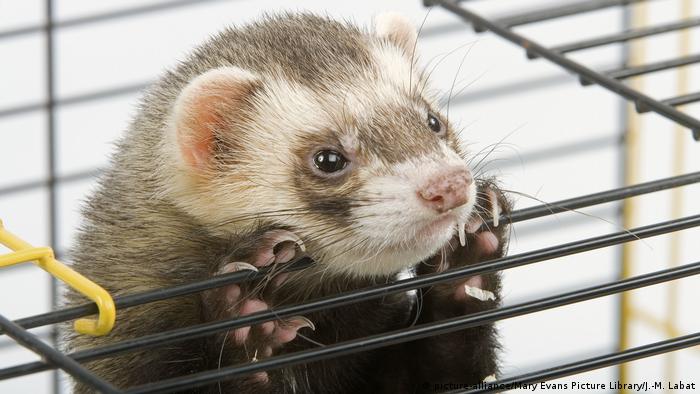 With six months to go before the United Kingdom is due to leave the European Union and no divorce deal in sight, the British government released another set of notices on Monday advising people on how to prepare for a "no deal" Brexit.

In the worst-case scenario, "cats, dogs and ferrets" might need to get extra health certificates from their veterinarians and rabies vaccinations if their owners want to travel with them to the EU, the notices stated.

Pet owners would also have to discuss any travel plans with their veterinarian at least four months in advance of their trip.

British Prime Minister Theresa May's government said it would continue allowing EU airlines to fly in and out of the country if no deal is struck, adding: "We would expect EU countries to reciprocate in turn."

However, the government noted that although it is working on getting solutions in place by March 29, planes could still be grounded. Without a deal in place, some UK-issued safety and pilot licenses would no longer be recognized by the EU.

There have also been concerns that trucks carrying goods in and out of the UK could be stuck if there is no divorce agreement.

In order to avoid a jam and make sure the trucks will still have access, the UK is also attempting to reach bilateral agreements with the remaining 27 EU member states.

Brexit in, nurses out?

Businesses that make products that have a "geographical indication" (GI) protection — like Scotch whisky, Stilton cheese, Cornish pasties and Herefordshire cider — might also have to undergo significant changes, the government warned.

Producers were advised to prepare applying for GI status in the EU, and new labels would be needed for packaged foods made in the UK.

"Use of the term 'EU' in origin labelling would no longer be correct for food or ingredients from the UK," the government said.

They added that British mineral water might not be accepted in the EU.

Prime Minister May recently urged the EU to come up with new proposals on a divorce settlement after negotiations between London and Brussels reached an impasse.

Business leaders and investors are concerned that if the British government and the EU fail to reach a Brexit agreement, the UK could crash out of the bloc without a deal, upending financial markets.

EU, UK 'like two hedgehogs who love each other,' says EU leader Juncker