Niger: Fear of terror — and the military

The recent discovery of 71 bodies in six mass graves in Niger is not an isolated incident. In the Sahel region countries, soldiers repeatedly violate the rights of civilians. 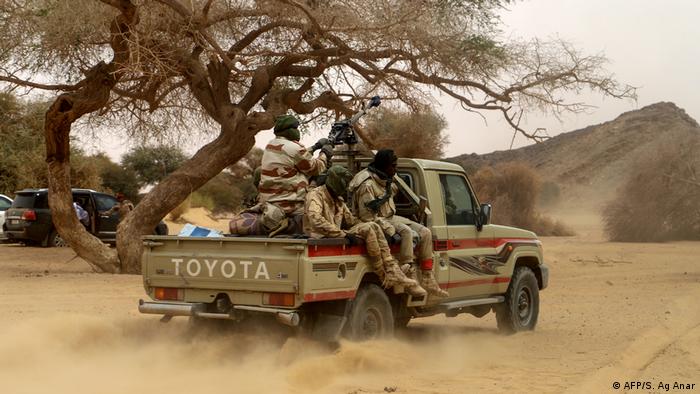 The bodies of the 71 civilians were discovered with hands cuffed behind their backs and their skulls smashed. Human rights researchers say Nigerien army units were behind the mass executions.

The Niger National Human Rights Commission (CNDH) said its investigation found that the bodies of the 71 people found in the graves were among the 102 civilians who went missing between March and April earlier this year. The CNDH blamed Nigerien army units stationed in the Tillaberi region for the killings.

The massacre is not an isolated case in the Sahel region, where a coalition of armed forces known as the G5 Sahel Group is battling several terrorist organizations including Boko Haram, the so-called "Islamic State" and al-Qaida.

A damning report by the United Nations peacekeeping mission in Mali (MINUSMA) accused the Malian army of having executed 101 civilians between January and March. Over the same period, the mission documented a total of 589 human rights violations, including 30 separate extrajudicial mass executions by Nigerien soldiers stationed in Mali as part of the G5. 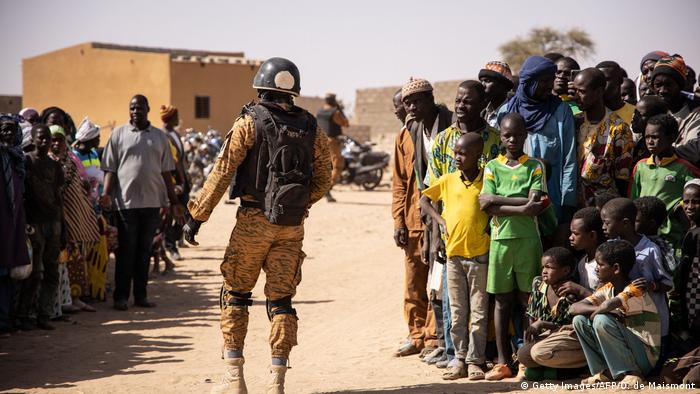 The security situation in Burkina Faso is deteriorating

In June, Amnesty International said soldiers from Mali, Niger and Burkina Faso were behind the disappearance of at least 199 people between February and April. In the Sahel, "soldiers rampage through villages killing people under the guise of anti-terror operations," Amnesty said.

Seidik Abba, a journalist and Sahel specialist, says the apparent killings are proof that the armies are overwhelmed. "Our armies have not been trained to fight terrorism, but for conventional, classic warfare," Abba told DW. "There is a training deficit. Then there are the heavy losses they have suffered. It is logical there would be vengeance."

Abdoulaye Sounaye, a senior researcher at the Leibniz Center for Modern Oriental Studies (ZMO) in Berlin, says: "They [the soldiers]  don't want to be killed, so they don't take any risks. That's the reality in these areas. There have been cases where they have been attacked by people they trusted." Malian soldiers who are part of a European Union training mission

The European Union has been involved in the Sahel region since 2012, providing military support and training. The German Bundeswehr is part of the European Training Mission (EUTM) and MINUSMA in Mali.

According to the Federal Foreign Office, EUTM Mali training measures also include training on the subjects of international humanitarian law, protection of the civilian population and human rights.

Hama Assah, a member of the Defense and Security Committee of the National Assembly in Niger, confirmed that the soldiers are being made aware of human rights. "They know about human rights and to protect them," Assah tells DW. "We have a lot of prisoners right now. If we didn't respect human rights, we wouldn't take prisoners because it's a burden on us." 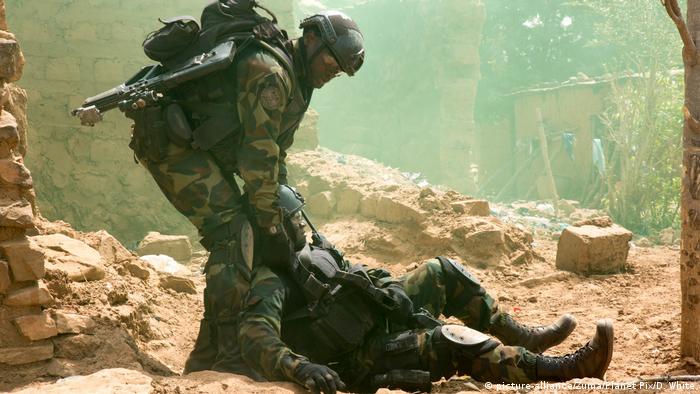 The deficit in training is obvious, says Lukas Granrath, an expert on Niger and Burkina Faso at Amnesty International Germany. "The EU says it puts a lot of work into human rights education. We don't know how this is done or whether it is taken seriously. A condition for working with the Nigerien military should be that they accept and protect human rights."

Between power and excessive demands

The researcher Abdoulaye Sounaye, says the army in Niger has "great power and influence" and, despite critical voices, is very popular with civil society. Niger was a military regime for 21 years until 1999. "The constitution says that whenever a state of emergency occurs, the security forces take power. All kinds of crimes can be committed in such situations," says Sounaye.

Mass killings "create a climate of distrust in the army," according to Moussa Tchangari, general secretary of the Nigerien rights organization Alternative Espace Citoyen. Civilians now feel they could be killed by both jihadists and regular soldiers. "That scares people, and in the end they won't know who to turn to," he says. 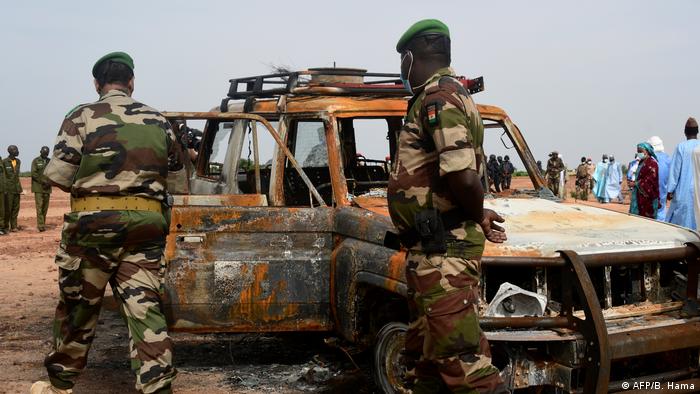 The Nigerien military is under immense pressure to succeed, according to Granrath. So far, the army has always denied involvement in executions. "The current investigations are a new step for Niger and it remains to be seen how the government will act on the results," Granrath adds.

Despite the approval for the investigation, Sounaye fears the Nigerien army's reputation among the population would decline if the final report finds proof of the heinous crimes committed by the troops.

However, transparency helps against this: "It is to be hoped that this will have a positive impact on how soldiers will behave in the future," Sounaye says.

Correction: An earlier version of this article mistranslated that the Nigerien government ordered an investigation into the deaths in March. This has been removed.