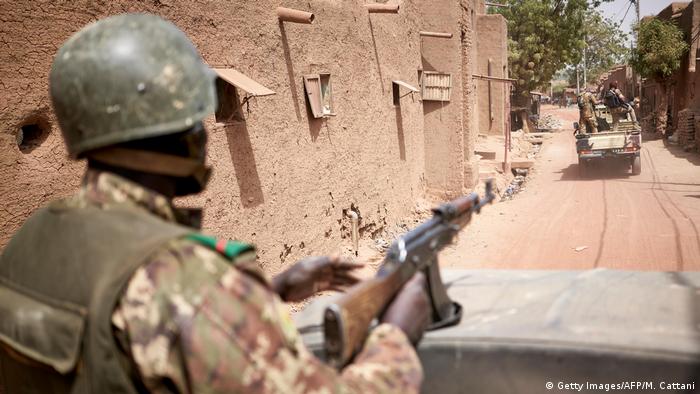 Forces in Mali, Burkina Faso, and Niger have launched offensives against militants linked to al Qaeda and the Islamic State in the Sahel region, south of the Sahara desert.

Islamist militants first emerged in Mali in 2012, and then spread to Burkina Faso and Niger. Despite thousands of French and United Nations troops being deployed, Sahel states have struggled to quell the jihadist insurgency.

Thousands of soldiers and civilians have died in the conflict, and many have fled their homes.

"The deliberate killings of unarmed civilians by security forces in Mali and Burkina Faso may constitute war crimes under international law and should be thoroughly investigated," said Amnesty.

There have been multiple accusations of human rights abuses against the forces, which they have either denied, or promised to investigate in the future. The issue was also debated by the UN Security Council last Friday.

About 102 people had disappeared in southwestern Niger after being arrested at a village market fair, in March and April. Mass graves were later found in this area.

Niger's Defence Minister Issoufou Katambé said both its military and the national human rights commission were investigating the allegations, but said those making the accusations "could not produce the proof" when interviewed by investigators.

Germany's troop deployment to Mali has been extended until 2021 under a mandate approved by the Bundestag. The Berlin government says the fight against jihadists in the Sahel is "very acute." (29.05.2020)

Stopping the next Rwanda: Conflict-sensitive journalism in Burkina Faso

Unfortunately, in Burkina Faso violent conflicts are on the rise. A group of committed journalists is working against this trend by establishing the PaxSahel reporting platform with colleagues from neighboring countries. (11.03.2020)

As the world focuses on the fight to curb COVID-19, Boko Haram has stepped up attacks in west Africa. Islamists affiliated to the so-called IS also claimed new territory in Mozambique. There are fears of more attacks. (09.04.2020)