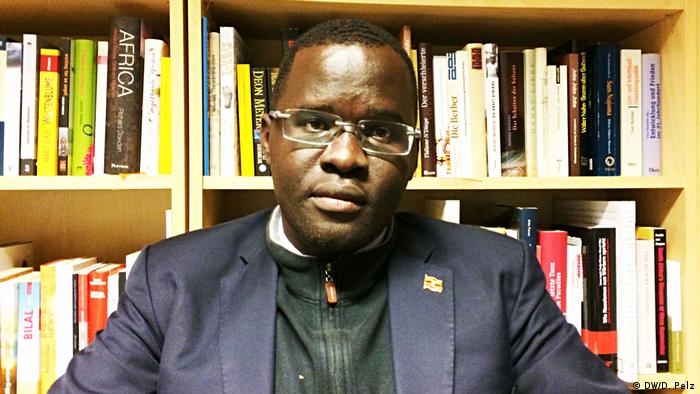 Nicholas Opiyo is a leading human rights lawyer and founder of the rights organization Chapter Four Uganda. Since 2005, Opiyo has worked to promote civil liberties in Uganda, often pro bono.

Amongst others, Opiyo has been representing Stella Nyanzi, a Ugandan academic charged with "cyber-harassment" and "offensive communication" for her comments about Ugandan President Yoweri Museveni, and presidential hopeful Bobi Wine, Museveni's strongest challenger in next month's elections.

Wine has been arrested multiple times, including for "annoying" the president. Rights activists say Museveni — who is seeking a sixth term — has successfully transformed himself into an autocratic and despotic supreme leader.

Read more: Opinion: Ugandans are tired of Museveni but can't vote him out

Opiyo, 37, grew up on the outskirts of Gulu, Nothern Uganda. The region was a center of fighting between Museveni's government and the Lord's Resistance Army (LRA), a rebel group that is notorious for using child soldiers and terror.

Opiyo had to walk long distances in order to avoid abduction by the LRA. His sister was kidnapped and spent several years with the rebels before escaping. 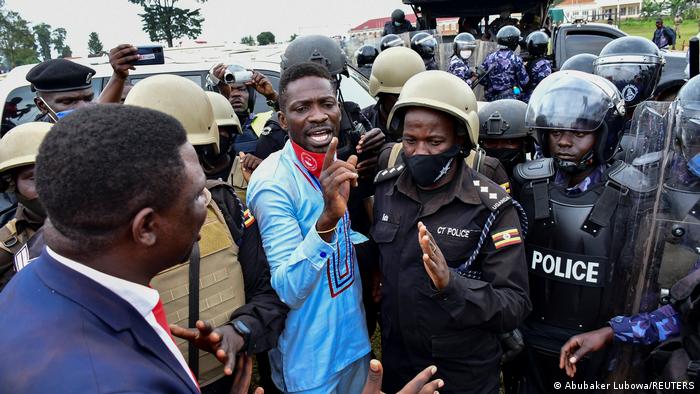 It was a fate that befell many children and young people in the north of Uganda at the time. Countless were kidnapped to serve the rebel group as soldiers, laborers or sex slaves.

Opiyo channeled these difficult childhood experiences into his advocacy for human rights, according to the US-based Human Rights Watch.

Opiyo is known as a lawyer who is willing to handle the sensitive topics of which many of his colleagues are afraid. Under Chapter Four Uganda, he progressed to civil leadership in his country.

"It has been a difficult journey in a country which you have a leader in power for the last 30 years and has no intention of leaving," Opiyo noted.

Opiyo expresses his opinion on the state of democracy in his country, and has a leading role in prominent courts dealing with the defense of civil rights and political participation — a position that has turned him into one of Uganda's most influential voices.

He is committed to observing constitutional order and the rule of law in an increasingly autocratic environment. He has been outspoken about electoral law, the restriction of freedom of assembly, and the clampdown on freedom of speech and freedom of the press. 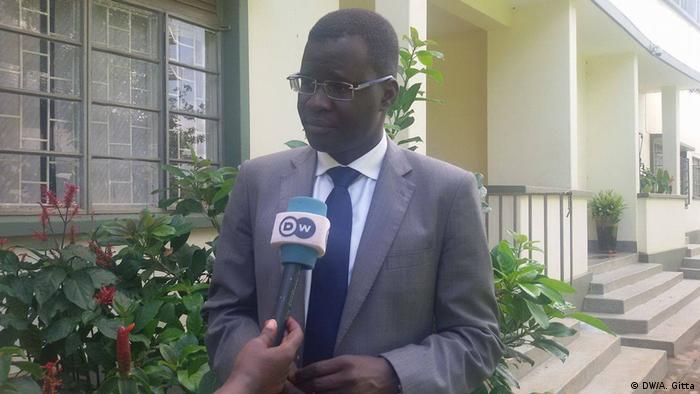 "This award will give us more impetus to carry on the work we've been doing," Opiyo said. "Despite the challenges we have on the continent, if we work hard with the support of friends — there's a better tomorrow."

As a lawyer, Opiyo successfully pushed that parliamentarians should also lose their parliamentary seats after their political parties lose elections. He campaigned against Uganda's Anti-Homosexuality Act of 2013, a law which provided life imprisonment for certain cases. He eventually convinced the Uganda's Constitutional Court to declare the law null and void.

In December 2020, Opiyo was detained over money laundering allegations. According to Bobi Wine, he was arrested along with three other lawyers and a member of his party. Chapter Four Uganda in a statement expressed its deep concern "about the abduction and incommunicado detention." The hashtag #ReleaseNicholasOpiyo began trending on social media platforms.

Human rights activists charge that the government's legal action against Opiyo is politically motivated. Opiyo had previously condemned attempts by the Museveni regime to make it harder for the opposition to access social media. Ugandan authorities had written to Google, owner of YouTube, asking it to block 14 video channels allegedly linked to the pre-election unrestin which more than 50 people died. 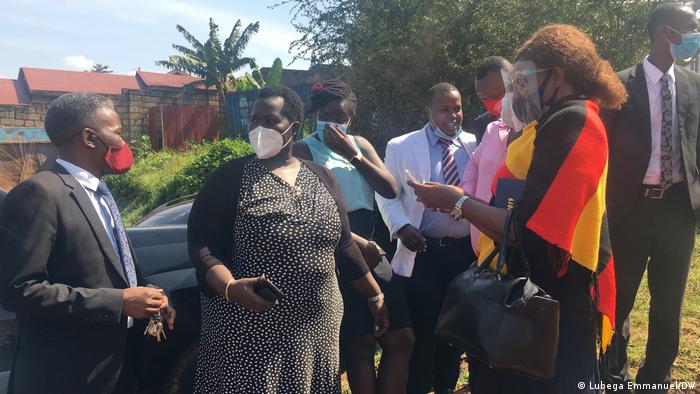