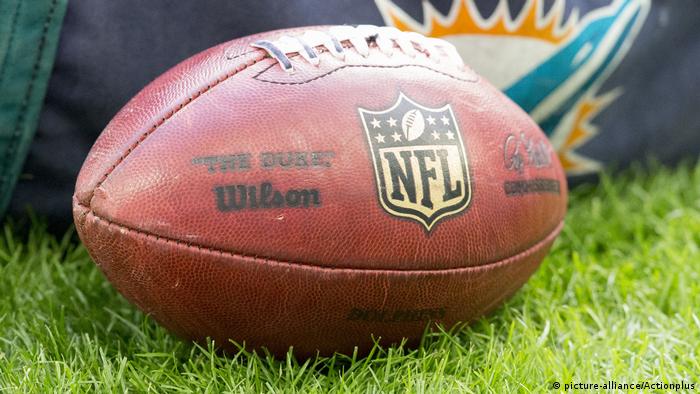 German cities Düsseldorf, Frankfurt and Munich have been selected by the National Football League (NFL) in the US to bid against each other to host a regular-season game in 2022 and 2023.

The first NFL game in Germany would be part of a wider push by the NFL to increase global interest in American football, as well as tap into specific regions to sell marketing rights.

"After an initial period in which expressions of interest were received from multiple cities, Dusseldorf, Frankfurt and Munich have been invited to proceed to the 'candidate phase' of the process,'' the league said in a statement. "Those cities will now participate in deeper conversations about staging games in Germany.''

Brett Gosper, the head of the NFL's Europe and UK office, added that Berlin did not apply because "they were not keen to engage in a competition."

Gosper said that the league hoped to stage the game in 2022, but, as the NFL's short season overlaps with the soccer World Cup, it may be pushed back to 2023.

The NFL has already held dozens of games in the UK, as well as several in Mexico and Canada. Germany, which has a large and growing football fan base, as well as being one of the world's biggest economies, is the logical next step.

Germany is also sending more young players to US college football teams than ever, and, in the 1990s and early 2000s, Germany had five teams in the now-defunct NFL Europe.

NFL products such as the video game series Madden and Game Pass streaming platform are already major sellers in Germany as well.

The NFL's future is international

Gosper said the city would be chosen based on the stadium, infrastructure and ease of travel. The chosen location is to be revealed during the Super Bowl in February.

He said France, Spain and the Scandinavian countries were also on the NFL's radar to host games.

Rather than revive NFL Europe, the league appears to first be interested in building a stronger European fan base with increased international games.

Chris Halpin, NFL chief strategy and growth officer, said "more than half" of the league's teams were currently evaluating foreign rights proposals, deals that could see them chose to play as many as four regular-season games in foreign countries, outside of the exhibition games organized by the league. This shift would be aided by the fact that the NFL is slowly increasing the number of games per season.

Last Sunday saw the return of NFL international games after a years hiatus during the coronavirus pandemic. The Atlanta Falcons beat the New York Jets in London.