The 43-year-old, who picked up a record seventh championship ring, was named as the Super Bowl's most valuable player after a game in which he threw three touchdown passes. 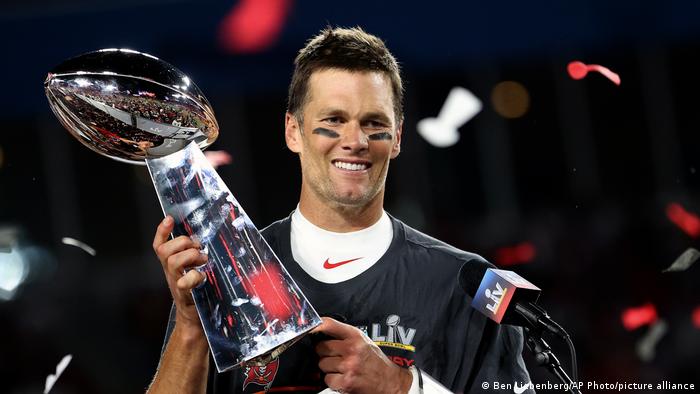 The 43-year-old, who picked up a record seventh championship ring, was named as the Super Bowl's most valuable player after a game in which he threw three touchdowns.

The ex-New England Patriots star broke a tie he had held with three members of Vince Lombardi's great Green Bay Packers teams of the 1960s.

They include Fuzzy Thurston and Hall of Famers Herb Adderley and Forrest Gregg.

The Buccaneers' victory brought the curtain down on a challenging season for the NFL during which fans were kept outside the stadiums owing to the coronavirus pandemic.

Tampa were playing on their home field in Florida — the first Super Bowl team to do so — in front of a reduced crowd of 25,000 people. 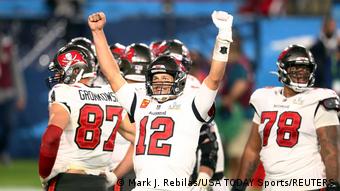 The 55th NFL championship had been branded as a battle between Brady, one of the all-time NFL greats, and his heir apparent, the Chiefs' Patrick Mahomes.

The 25-year-old is widely regarded as the best quarterback in the game today.

But in the end it was no contest as the Bucs’ rampaging defense harassed Mahomes the entire night as the Chiefs Super Bowl title defense came to a jarring end.

In the opening half, he and Tampa tight end Rob Gronkowski hooked up on eight- and 17-yard touchdowns.

Brady also made the Chiefs pay dearly for some undisciplined play connecting with Antonio Brown for a touchdown strike with six seconds left in the half after pass interference and unsportsmanlike penalties put the ball on Chiefs’ one yard line.

Meanwhile, Mahomes and the Chiefs explosive attack could not get in gear with scoring limited to a pair of Harrison Butker field goals to go into the intermission down 21-6.

The Chiefs struck first in the second half as Butker booted another field goal.

But the Buccaneers would hit back with a Leonard Fournette 27-yard touchdown run and a Ryan Succop field goal to cruise into the fourth quarter with a 31-9 lead.