In a small Belgian town with a dark history, 70 international artists have positioned jarring works on human rights. The temporary show is a prelude to a permanent Human Rights Museum set to open in a former Nazi camp. 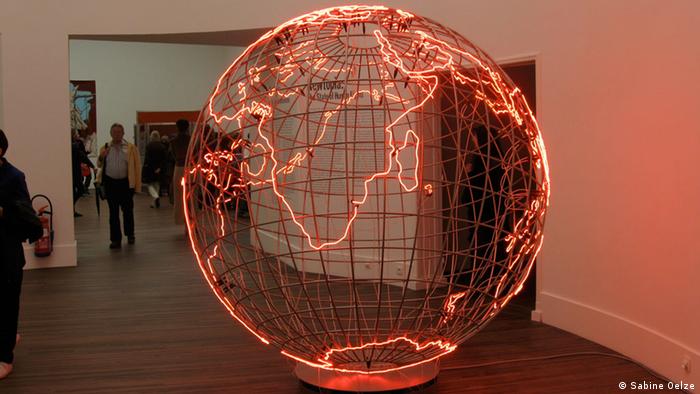 The small town of Mechelen in Dutch-speaking Belgium has big plans. Not only is its long-planned Human Rights Museum slated to open its doors in November, but an exhibition currently taking place throughout the city also focuses on one of the most important issues of our time.

"Newtopia: The State of Human Rights" is a cooperation with Amnesty International and Human Rights Watch and brings together the works of 70 international artists who share their perspectives on the world's governments.

On the issue of human rights, Mechelen has a dark history. During the Holocaust, more than 25,000 Jews and Sinti and Roma were transferred from Brussels and Antwerp, where they were gathered, to Mechelen's Dossin military base. It was a holded station from which prisoners were later transported to Auschwitz-Birkenau.

"Most of the deported individuals didn't even receive a number. They were treated like cattle and murdered in the gas chambers immediately after their arrival," explained Herman von Goethem, the future curator of the Museum for Human Rights. He has already set up a memorial in the freshly renovated rooms of the military base, where the museum is to be housed. 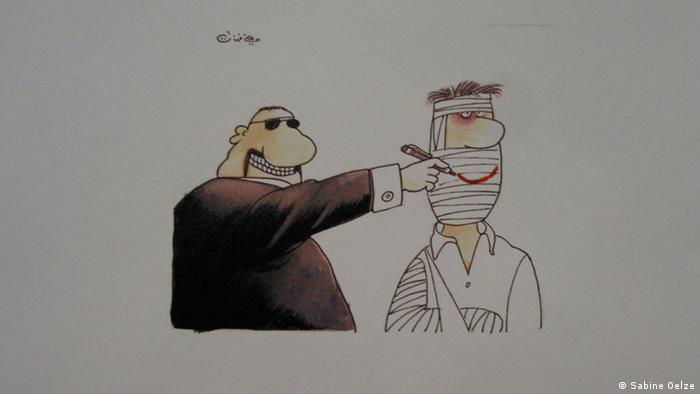 As a prelude to the museum's opening, the "Newtopia" exhibition is spread out around the city, at locations such as the Cultural Center Mechelen, the Old Meat Market, Museum Hof Van Busleyden and the Lamot Conference and Heritage Center. It runs through December 10.

According to organizations like Amnesty International and Human Rights Watch, human rights violations occur in at least 91 of the world's countries. Most of the 70 artists displaying their work in the "Newtopia" exhibition are light-years away from enjoying the full spectrum of rights, peace, equality and justice in their countries. Half of them come from non-western countries including China, Russia, and the Arab states.

Artist Ali Ferzat from Syria is a well-known caricaturist in the Arab World. He recently had a personal experience with human rights violations: He was becoming too open with his criticism of the Assad regime, so pro-government security forces broke his fingers as a "warning."

Taysir Batniji from Palestine, another artist showing in Mechelen, cannot return to his home on the West Bank. In order to bring publicity to the constant state of siege in the region, he commissioned a photographer to take pictures of Israeli watch towers on Palestinian territory.

With a touch of irony, Batniji also photographed houses that were destroyed during Israel's 2008-2009 attacks on the Gaza Strip and have not been rebuilt since. His resulting installation is full of cynicism, yet the artist praises the qualities of the uninhabitable buildings in the manner of a real estate agent. 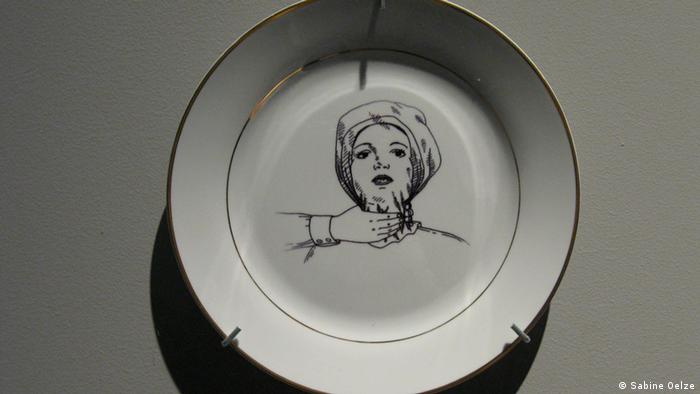 In another work, entitled "Hot Spot," Mona Hatoum made a sphere out of steel mesh that is covered with neon wire. The contours of the earth's continents are outlined on it in bright red. Like a memorial lying on the ground, the sphere serves as a reminder of catastrophes and conflicts around the world.

The techniques of torture in Ukraine are another hard-to-swallow theme brought up in the exhibition, as seen in the filigree drawings of Nikita Kadan.

For western Europeans, it's easy to point the finger, but human rights violations occur there regularly as well. In his wall-sized panel, Berlin artist Thomas Locher considers whether the European Convention on Human Rights is even capable of functioning, particularly in countries which don't have a western-style justice system.

Only a few artists dared to take a somewhat ironic or humorous look at the heavy issue. One worth taking a closer look at is by Spanish artist Fernando Sanchez Castillo. He filmed two water cannons which are normally used to quell demonstrations. In front of his camera, the hoses transform into giant bugs that fall in love with each other and perform a flirtatious ballet dance. The tanks in the film move in unison with the classical music in the background and the stream of water they squirt into the air falls like a gentle ray of sunshine over the protestors.

Human rights, it seems, remain a distant utopia, draped in a touch of the romantic. Mechelen aims to identify itself more closely with the issue, linking its own tragic past with current world events, even after "Newtopia" closes in December.

In Kazakhstan, Bolat Atabayev co-founded a German theater and is a courageous advocate of democracy. He is slated to receive Germany's Goethe Medallion later this year. DW looks into why he was recently arrested. (21.06.2012)

The worst part about applying for asylum is waiting. In "Asylum Monologues," three asylum-seekers - from Togo, Ethiopia and Turkey - share the harsh reality of their life stories on German stages. (20.06.2012)

Newtopia: The state of human rights