New ′Glory to Ukraine′ army chant invokes nationalist past | Europe | News and current affairs from around the continent | DW | 24.08.2018

A new slogan adopted by the Ukrainian army has drawn criticism for its links to World War II-era nationalist groups. The decision has sparked a debate about how the country should address its history. 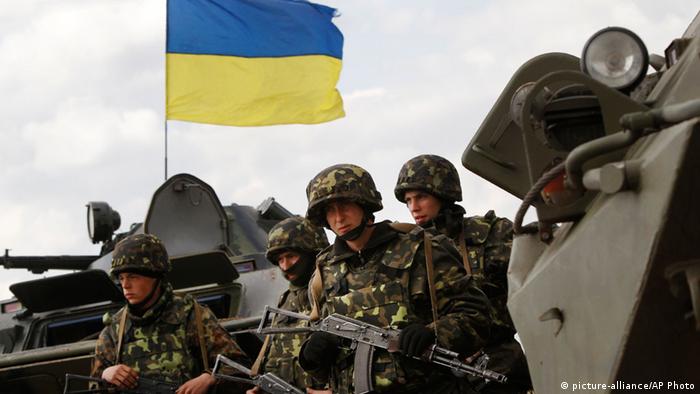 "Glory to Ukraine! Glory to the heroes!" That is the slogan the Ukrainian military officially began using at the country's Independence Day parade on Friday, replacing the soviet-era "Wish you health, comrade!"

The phrase dates back to World War I, when military units from the short-lived Ukrainian People's Republic were fighting alongside German and Austro-Hungarian soldiers against Russia. However it was in the 1930s when it really took hold, becoming a rallying cry for the Organization of Ukrainian Nationalists (OUN), explained Oleksandr Zaitsev, a historian from the Ukrainian Catholic University in Lviv.

Read more: Could a rock star become Ukraine's next president?

"There are records showing that during the court hearings against OUN's leader Stepan Bandera in 1936, his supporters were accompanying the slogan 'Glory to Ukraine' with a hand-throwing fascist-style salute," he told DW.

After the war, the slogan lived on among the Ukrainian diaspora, primarily in Bavaria, Canada, the United States and United Kingdom - places where many Ukrainians opposed to Soviet rule fled. Within the Soviet Union, the slogan was banned and publicly linked to "Ukrainian bourgeois nationalists" who settled in the West. For decades, Soviet authorities undertook a propaganda campaign painting the slogan and the Ukrainian nationalists who supported it in a negative light, dubbing them "banderites," after the name of OUN leader Bandera, and "Nazi henchmen." 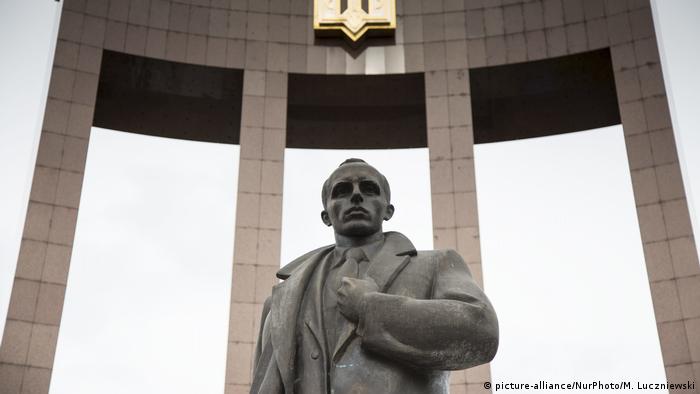 But when Ukraine gained independence following the collapse of the Soviet Union in 1991, "Glory to Ukraine" was given new life, primarily in nationalist circles. The dramatic events of 2014 - the ouster of pro-Kremlin President Viktor Yanukovych, Russia's annexation of Crimea and the conflict in eastern Ukraine - led to a wave of patriotism and the slogan's mainstream emergence.

These days, "Glory to Ukraine" might just as easily be heard by celebrating sport stars or pop singers after a concert, as it would by soldiers returning home. During this year's World Cup in Russia, Croatian footballer Domagoj Vida used the slogan in a video greeting posted after his country's quarterfinal victory over the hosts. The footage sparked outrage in Russia. Vida attempted to laugh it off, later apologizing and receiving a warning from the sport's governing body, FIFA. Yet the incident only boosted the popularity of both Vida and the slogan among many Ukrainians.

Still tied to a dark past?

Critics of the slogan point toward its affiliation with the OUN, as well as the Ukrainian Insurgent Army, another World War II-era nationalist militia. Today, the organizations are honored in the country as freedom fighters who battled for an independent Ukraine, but some of their members were involved in atrocities against Poles and Jews. During that time, a number of nationalistic and fascist militarized movements in Europe used similar rallying cries, said Per Anders Rudling, a Swedish historian who is currently a fellow at Singapore University. For instance, the Croatian Ustasha, founded at the same time as OUN in 1929, employed the now-banned phrase "Za dom spremni" ("Ready for the motherland"), as did the Slovak Hlinka guard, he told DW.

However, Dominique Arel, a professor at the University of Ottawa who specializes in Ukrainian studies, argues that citizens in the country today identify with groups such as the OUN and other nationalist movements more in the sense of resistance, such as opposition to Russian aggression, rather than because of an affinity for far-right politics or violence. "The OUN slogans – "Glory to Ukraine," "Glory to heroes" – now routinely chanted by the Ukrainian middle class, many of whom prefer to use Russian in daily life, are thus acquiring a whole new meaning," he said.

Furthermore, Zaitsev believes it is incorrect to link historic slogans such as "Glory to Ukraine" to modern fascism. "During the Euromaidan this slogan basically lost its particular connection to the OUN and became one of the symbols of the pro-European protests," he said, referring to the demonstrations in Kyiv’s Maidan Square in 2013 and 2014 that led to Yanukovych’s ouster. "I do not find any negative sense in this greeting and don't oppose the introduction of it in the army." 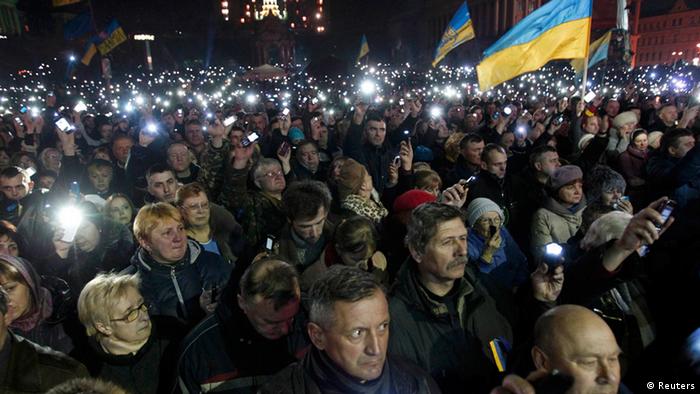 According to Rudling, it is difficult to separate slogans such as "Glory to Ukraine" from their roots in the past. "When Croat radicals used their slogan, it triggered aggressive discussions and disciplinary measures from international sports associations," he said. "When Ukrainian radical sports fans use it, the argument is that it should somehow be seen in a different context. To me, this comes across as a double standard."

"The problem is that this decision was imposed 'from above,'" said Kai Struve, a German historian from Martin-Luther University Halle-Wittenberg. "For a long time, two antagonistic narratives were facing each other in the Ukrainian discourse: the Soviet and the nationalistic one. It is the latter one that for the greater part shapes the state policy of Ukraine since 2014."

Furthermore, Ukraine is not alone in this boat, the scholars say, arguing that other states in the region should also be confronted with their historical revisionism. Lithuania's Genocide and Resistance Centre, for instance, came under fire for accusations it distorted history by whitewashing perpetrators of the Holocaust. In Croatia, far-right historian and ex-Minister of Culture Zlatko Hasanbegovic paid tribute to members of the Ustasha, calling them heroes and martyrs. In Hungary, right-wing extremists pushed to erect a statue of Adolf Hitler's ally Miklos Horthy. Russia, meanwhile, is continuing its slow-moving reframing of Stalinism, while Poland recently drew international condemnation for a law making it a crime to accuse the state of complicity in Nazi crimes.