An alliance of immigrant organizations has slammed Germany's interior minister for not fully condemning the recent right-wing unrest. "Defend our country's values," they said, "or leave the office to someone who does." 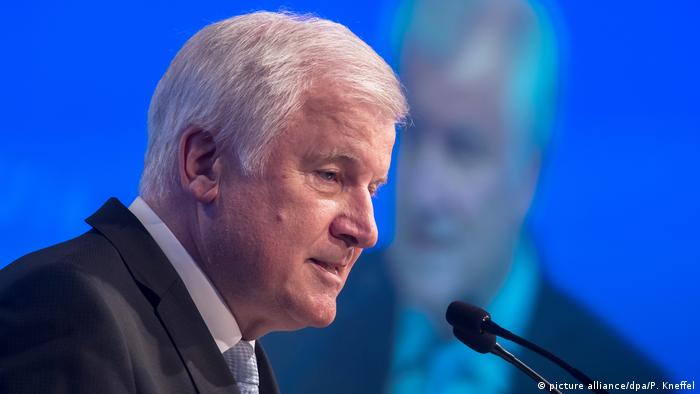 A network of more than 100 immigrant, minority and foreigners' organizations in Germany have penned an open letter calling on Interior Minister Horst Seehofer to resign. The letter, which is signed by the "New German Organizations," accuses the conservative minister of using his office to "further divide society."

"As citizens, we are currently very worried about our country," the alliance wrote, "we are worried because right-wing extremists are dominating the news, they're calling for 'foreigners out,' – and they mean us! We are shocked to see outstretched arms doing the Hitler salute, and it reminds us that once before, this country did not stop it [right-wing extremism] in its tracks."

The group said that immigrants feel "that we and our children cannot move freely and safely everywhere in this country – because of our appearance, our names, our beliefs."

'Take a clear stance or leave'

The letter goes on to blast Seehofer, who caused a row within Chancellor Angela Merkel's government over the summer as he fought to tighten immigration controls, and who has now failed to unequivocally condemn the recent spate of far-right violence in the country's east. He has also stuck by domestic intelligence chief Hans-Georg Maassen, who controversially cast unspecified doubts on the veracity of reporting about the right-wing unrest, but also, according to a report, passed information to the nationalist Alternative for Germany (AfD) party.

"An interior minister should not further divide society, but take a clear stance on the core values of our country, or leave the office to someone who does," the letter said, adding that he should openly oppose all enemies of the Republic, of freedom of expression, and democracy.

"But unfortunately you do not. By doing so, you consciously allow the interpretation that we are the problem."

Seehofer is set to meet with the chancellor as well as Social Democrat (SPD) leader Andrea Nahles on Tuesday to decide on Maassen's future. While Seehofer did not say much on the subject at an election rally of his Christian Social Union (CSU) party on Saturday, he did say that "what the chancellor said on the matter is exactly my opinion," indicating that a compromise was not far off.