The attacker is still on the run after three teenagers were injured during a stabbing incident in the Grote Marktstraat in the center of the city. 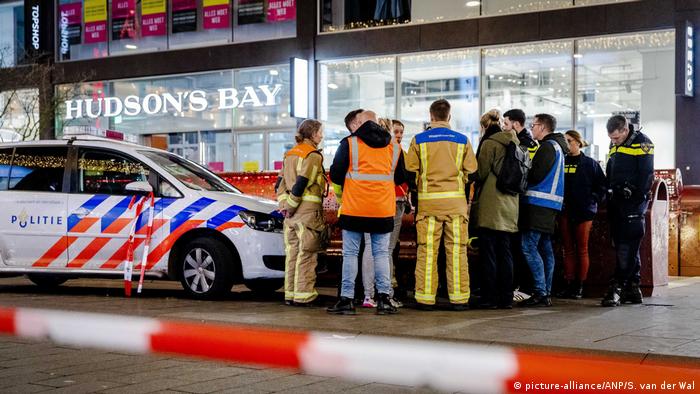 Three teenagers were injured during a stabbing incident at a shopping street in the center of the Dutch city on Friday evening.

The incident took place at around 8 p.m. (1900 UTC) outside of a department store in the Grote Markt area, Dutch media reported. Because of Black Friday sales, there were unusually large crowds in that part of the city.

It is not known how serious the victims' injuries were or whether they were injured as people ran away from the attacker, said police.

The victims were released from hospital a few hours after the attack.

The Hague police also said they are in contact with the victims' families.

The Hague's deputy mayor, Boudewijn Revis, said he was "shocked" that the victims were children.

It is still not known how old the victims are.

Assailant still on the run

The perpetrator has still not been found, despite a large police presence throughout the city and a helicopter circling overhead.

There is a large police cordon in place around the area where the incident happened. 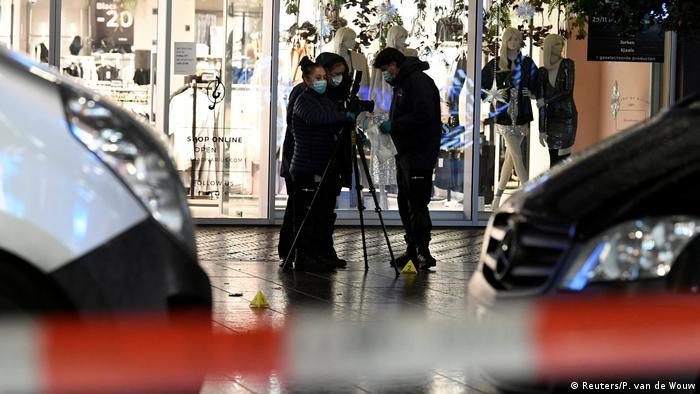 There was a large police presence as authorities continued to search for the assailant.

Marje Kuiper, a police spokeswoman, said the police are searching for a male suspect but that an earlier description released of the attacker was incorrect.

The Hague police had previously said they were searching for a man between 45 and 50 years old in a gray tracksuit and black jacket and of North African descent.

The Hague police called on witnesses to provide any video or photos they may have regarding the incident and tweeted that the force is conducting extensive investigations into the stabbing.

They asked for patience in confirming more details of the attack, saying that the "complexity" of the situation meant it would take time.

Police have yet to offer a motive for the attack and said they are "currently taking all scenarios into account." The attack came hours after a terror-related attack in London that saw two people stabbed to death.

Derk Wiersum was shot outside his apartment, having represented a witness against known drug lords. Dutch police have said they warned lawmakers to take rising crime associated with hard drugs more seriously. (18.09.2019)

There may be a connection with a motorcycle gang suspected of using a rocket launcher to attack another newspaper's offices. Dutch daily De Telegraaf said it would not be intimidated. (26.06.2018)

The Metropolitan Police are dealing with a "terrorist incident" at London Bridge, confirming that they had shot dead the attacker. Two people have died in the attack, in addition to the assailant, according to reports. (29.11.2019)