Dozens of Netflix employees joined protests outside the company's Los Angeles office. Counterprotesters soon showed up to push back against the rally. 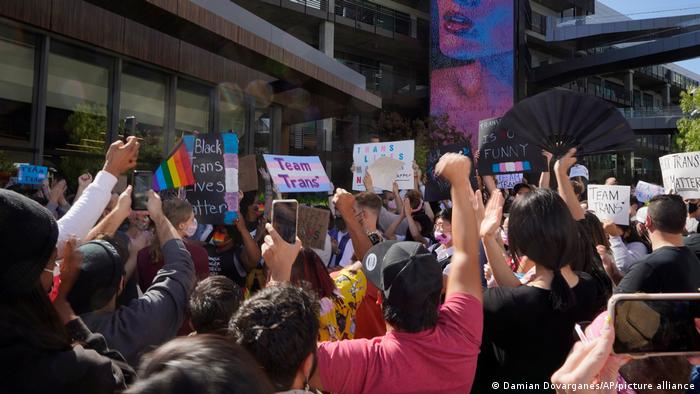 Netflix employees in the US city of Los Angeles walked off the job on Wednesday in protest over a new Dave Chappelle comedy special.

They were joined by dozens of trans activists and supporters gathered outside the office for a demonstration.

About 100 people joined a rally at the company's office-studio complex pre-noon, including an estimated 30 employees who joined in later.

The company issued a statement ahead of the protest saying: "We understand the deep hurt that's been caused" and "respect the decision of any employee who chooses to walk out."

What is the controversy about?

The row centers around Chappelle's special, "The Closer," that has risen high on Netflix's list of most-watched titles.

In the special, the stand-up star insists "gender is a fact" and accuses LGBTQ people of being "too sensitive."

The popular comedian previously has been accused of mocking transgender people.

"I think that trans and nonbinary employees aren't safe as long as their employer is putting out content in the world that could harm them," said Devan McGrath, a Netflix Animation employee who joined the walkout.

"I want trans representation on the Netflix board, this f--ing week,'' said Joey Soloway, writer-director and creator of the Emmy-winning comedy "Transparent," at the rally. 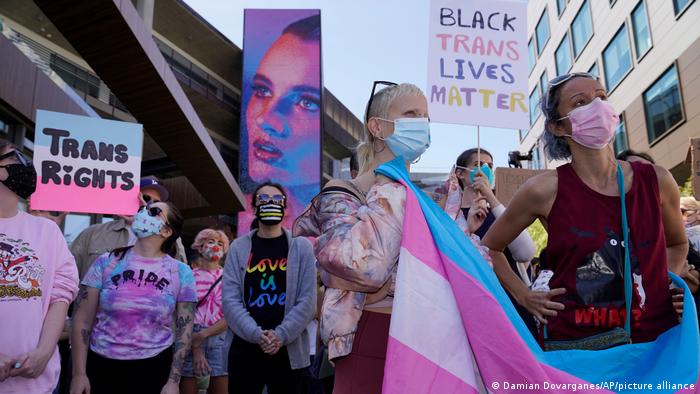 'Not a laughing matter'

Ashlee Marie Preston, an activist and the event's organizer, said the rally was intended to highlight more than just the problem with jokes such as the ones made by Chappelle.

"We are here today not because we don't know how to take a joke," she said. "We're here because we're concerned that the jokes are taking lives. It's not a laughing matter.

"If we have companies like Netflix who aren't listening to their employees, who are forcing their employees to participate in their own oppression, that's unacceptable," Preston told The Associated Press. "We're here to keep people accountable. We're not going anywhere."

Africa becomes 'the next streaming market' as Netflix hits Kenya

The rally received pushback from counterprotesters who also showed up to back Netflix's decision not to pull the special.

While the two sides got involved in some shoving and pushing, the conflict was mostly limited to a war of words.

One of the people who came to support the Hollywood giant was Belissa Cohen, a former journalist.

"We want to show that there isn't unanimous support about transgender ideology when it comes to Netflix viewers," Cohen said.

She and about a dozen other people carried placards that read: "Free speech is a right" and "Truth is not transphobic."

'The Billion Dollar Code': The battle over Google Earth

Netflix's new miniseries fictionalizes the story of two Berlin internet pioneers who attempt to prove that Google stole their idea, worth billions.