Germany's top court has opened a hearing to ban the neo-Nazi NPD party, which could result in the first ban of a party in decades. But one of the court's judges issued a warning to the NPD as the hearing got underway. 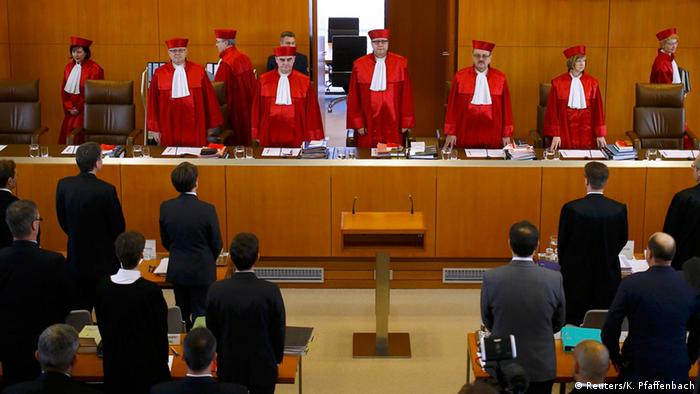 A highly watched Constitutional Court hearing to ban the far-right National Democratic Party (NPD) kicked off on Tuesday, with the defense making a widely anticipated argument that the state acquired evidence from informants placed within the top ranks of the neo-Nazi party.

The argument was expected after a previous attempt to close down the NPD was dropped in 2003, when it was revealed Germany's domestic intelligence agency had infiltrated the NPD all the way up to the executive level, a finding that undermined the state's evidence.

More than a decade later, Germany's Bundesrat, which represents Germany's 16 states, asserts that since then they have compiled reams of evidence without paid informants to prove that the NPD poses a danger to Germany's liberal democratic order.

Germany's domestic intelligence agency (BfV) has determined the NPD is built on racism, but the party argues it fills a political gap at a time many Germans are worried over the refugee crisis hitting the continent. 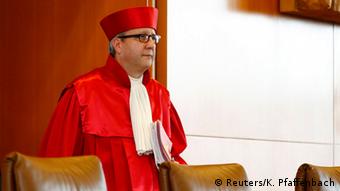 Constitutional Court Chairman Andreas Vosskuhle began Tuesday by warning that the seven-judge panel would subject the states' application to a "severe test," given the high threshold for banning a political party under Germany's constitution.

One of the court's justices, Peter Müller, told the NPD's defense lawyer Peter Richter that the party's defense strategy appeared to be a "little bit thin."

Richter had asserted that alleged police observation of two women functionaries in the NPD's branch in North Rhine-Westphalia and an attempt to spy on an NPD Facebook user amounted to use of informants.

Another judge, Peter Huber, also told Richter that the NPD had so far failed to provide unshakable evidence to overturn the Bundesrat's application to ban the NPD.

The court also rejected a formal NPD application claiming that Müller and Huber should be excluded from the proceedings on the grounds of bias.

In a written judgment, Vosskuhle said neither Müller, who was Saarland premier until 2011, nor Huber, who was interior minister in the eastern state of Thuringia until 2010, could be barred as judges on the grounds that they had made statements against the NPD during their terms in office. 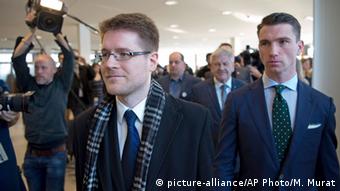 The proceedings, due to run until Thursday, coincided with reports that a local NPD politician in Brandenburg state was arrested on Tuesday in connection with an arson attack on a vehicle belonging to a Polish national.

The Bundesrat is trying to prove the NPD has a platform based on violence, racism and fear that resembles outlawed Nazism.

The states' case will try to support these allegations and show vigilante justice and violence are an integral part of the NPD's self-image.

The NPD is a small, far-right, nationalist party with marginal support despite being in existence for decades. It is more radical than more mainstream right-wing populist parties like Alternative for Germany (AfD).