Authorities have identified four additional works from the Gurlitt collection as having been looted from a Jewish family during World War II. The drawings will be returned to descendants of the original owners. 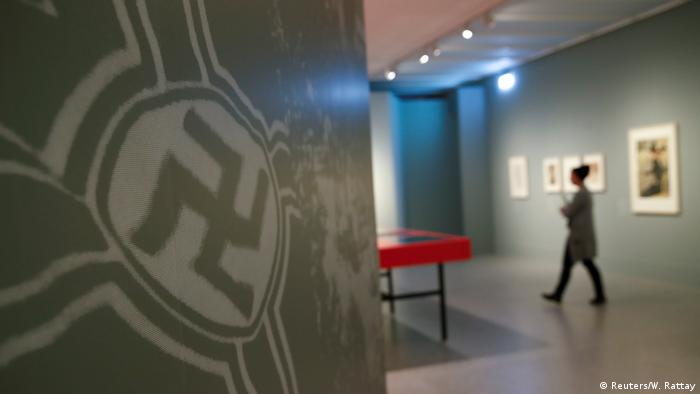 Four artworks kept by the sister of the late collector Cornelius Gurlitt have been identified as art looted from Jews during the Third Reich, the German Lost Art Foundation announced Monday.

A group of experts determined they had been stolen from the Deutsch de la Meurthe family in Paris, whose house was confiscated during the Nazi occupation. The family reported them missing after the war.

The current owners of the drawings, works by Charles Dominique Joseph Eisen, Augustin de Saint-Aubin and Anne Vallayer-Coster, will return them to the descendants of that family, the German Lost Art Foundation said.

'Important step in coming to terms with Nazi art theft'

The artworks were discovered in the home of Benita Renate Gurlitt, the daughter of Nazi-sanctioned art dealer Hildebrand Gurlitt, after she died in 2012.

In 2013, German authorities seized more than 1,400 hidden paintings and artworks from the Munich apartment of her brother, Cornelius Gurlitt, as part of a tax probe. At least six of those works have been identified as having been looted by the Nazis.

Monika Grütters, the German commissioner for culture and the media, thanked the current owners for their decision to return the works. She called it "an important step in coming to terms with Nazi art theft that private individuals accept their responsibility and have their artworks examined."

A sixth Nazi-looted artwork that ended up in the "Gurlitt" trove in Munich has been identified. The clue was a tiny repaired hole spotted in the canvas of the French painter Thomas Couture. (25.10.2017)