A large swastika and the words "gas to death" have been written over a memorial to Germany's Roma population murdered by the Nazis. Authorities are investigating. 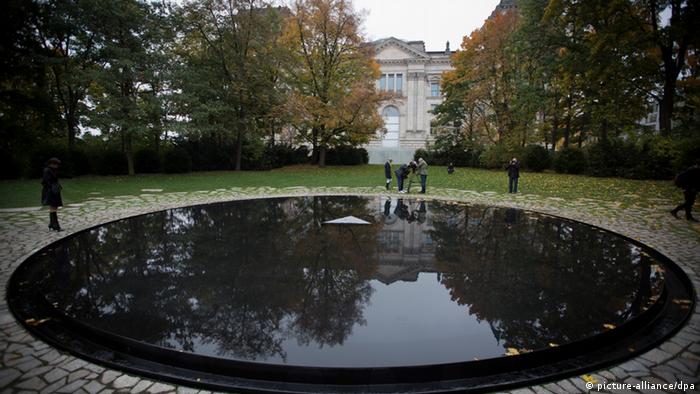 The foundation that oversees the memorial and others that commemorate Holocaust victims in Berlin said that the vandalism was discovered at the entrance to the site on October 16 and immediately removed.

Security at the memorial, which is located in the Tiergarten park close to the Reichstag parliament building, has been increased and police are investigating.

A timeline recounting the Nazi's extermination drive stands next to the stone memorial, which after 20 years of wrangling was built with a federal government grant and inaugurated by Chancellor Angela Merkel in 2012.

"This is an attack on the reconciliation process," said Romeo Franz, a Roma rights activist who composed music for the memorial. "Seventy years after the genocide, our people still experience exclusion and discrimination in Germany on a daily basis."

In 1938 SS chief Heinrich Himmler ordered the "final solution of the Gypsy question" which targeted Roma men, women and children whose families had roots in Germany dating back at least six centuries.

Historians are unsure exactly how many Roma were killed during the Holocaust. Estimates range from 220,000 to more than half a million.

Did you know? Introducing the Roma people

The Roma people are one of the world’s best-known ethnic minorities and one of the most discriminated against. But aside from the stereotypes, many people don’t actually know that much about them. Who are the Roma? (23.10.2014)