Nazi-era mass grave site to become luxury homes in Belarus | Europe | News and current affairs from around the continent | DW | 27.03.2019

In the Belarusian city of Brest, construction work has unearthed the remains of over 1,000 Jews killed during World War II. But instead of a memorial, the spot will be a high-end apartment complex. 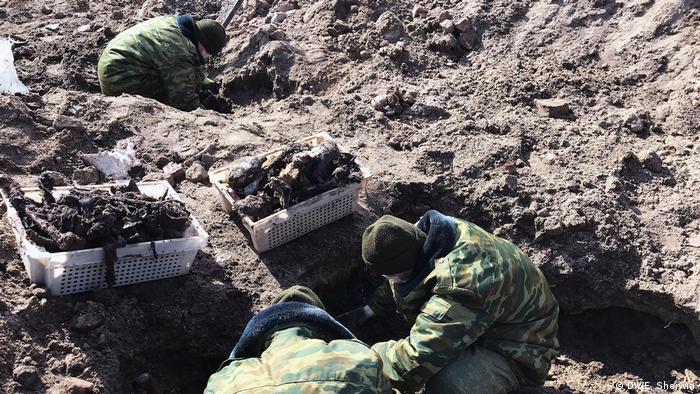 Young soldiers comb through the soil with their gloved hands and with shovels. They pull out blackened bones, skulls, fragments of shoes — and lay them out to be counted. The site opens up like a huge wound in the middle of the city. After around two months of work, the exhumation work here is coming to an end. In total, the special army search battalion has found the remains of 1,190 people, according to authorities in Brest, a Belarusian city on the border to Poland.

Builders discovered the first bones in mid-January, when they began to lay the foundations for an apartment block in the historical center of Brest. From December 1941 until October 1942 this district was a Jewish ghetto. When the site was "cleared," Nazi occupiers shot an estimated 16,000 Jews in a forest to the northeast of the city. Thousands more were executed within the confines of the ghetto. "You see the results of this horrible war and of a genocide," the commander of the search battalion, Major Pavel Galetsky, says of the digging work. "History speaks for itself here," he adds.

But history seems to say different things to different people. For a long time, it wasn't clear what would happen to the area once all the remains were dug up. Now the mayor's office has confirmed that building work will be restarted as early as this week. The planned apartment complex is a lucrative project: A representative from the construction company told DW that a square meter was selling for $1,250 (€1,110) at the end of last year. That is nearly twice the current average price in the city. 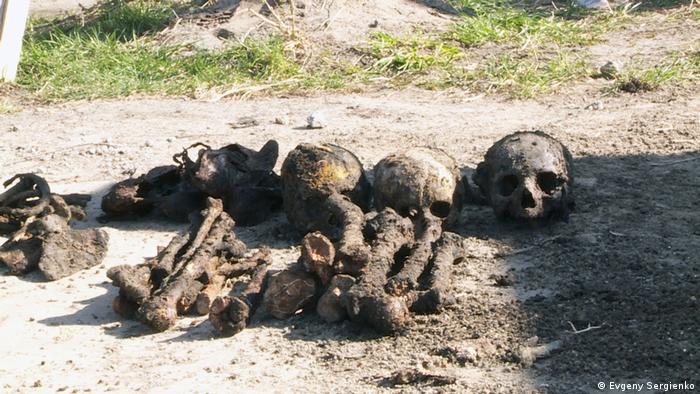 The remains of 1,190 men, women and children were found during exhumations

Weeks before the exhumation work neared the end, local authorities were already insisting that a modern apartment complex was the right thing for the city center. Alla Kondak, who heads the cultural department at the mayor's office, says that the city doesn't need another memorial. Just around the corner a small marble stone is dedicated to the 34,000 Jews killed in and around Brest during World War II.

"There should be a place where people can live well, a nice corner of the city of Brest," Kondak says, explaining that there used to be small, run-down houses on the site. The city authorities and the construction company emphasize that the foundations of the building will not touch the actual spot where the remains were found. According to plans, the grave will be underneath a landscaped courtyard. And there will likely be a memorial plaque on the building, representatives of the mayor's office say.

Like many here in the city, Kondak points out that this is far from the first time that remains have been found during construction work. "When the buildings around here were built they also found bones," she says, pointing to an apartment complex next to the building site. A woman from the complex later shouts from the window that the whole city is "built on bones." 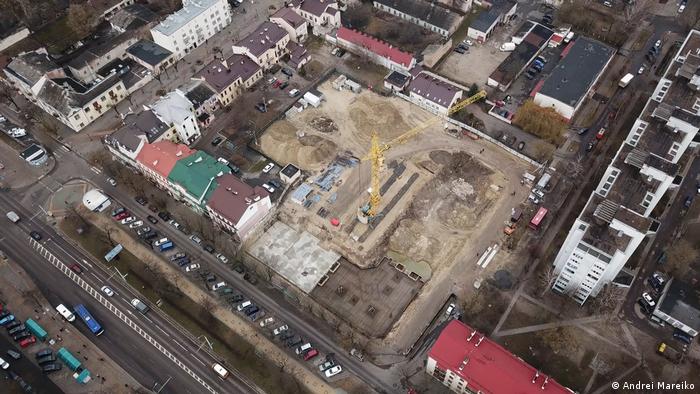 A scream through generations

But to historian Irina Lavrovskaya, the bones tell a different story. "This finding screams out to us to pay the necessary attention to the ground underneath this city," she says. Lavrovskaya has been petitioning to stop construction on the site for months. She suggested a memorial park here instead and says the decision to continue building is "upsetting and painful."

Irina grew up just a few streets away from the construction site. The 68-year-old academic is writing a book about medieval Brest, meticulously mapping out whole areas of a city that no longer exist — including the Jewish areas. "People shouldn't be able to live in a place where a mass execution took place. That pain continues to exist," she says. "I see all these historical layers, different eras as a whole. If you don't heal the symptoms of a disease, you will go through it again," she warns. "The same thing keeps happening over and over again." 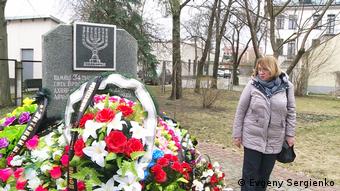 Brest has a long and often painful Jewish history. Before World War II, just over half the population of the city was Jewish. Only a handful of people survived Nazi mass executions. In today's Brest, there isn't even a synagogue. The building was turned into a movie theater by Soviet authorities in 1959. A Jewish cemetery was turned into a sports stadium.

But current Belarusian authorities don't have a great track record either. For example, the head of the Brest Jewish community, Regina Simonenko, has been pushing for years to build a memorial out of Jewish gravestones found in Brest during construction in 2014.

Today the community rents several basement rooms where some of them get together regularly for the Friday night Shabbat blessing. Regina Simonenko is both passionate and rational about the newly found Jewish remains, which the city plans to rebury soon. "People were shot all over the territory of the [former] ghetto," she says, adjusting her red glasses. "It's probably impossible to make the whole territory into a cemetery."

But she also demands a memorial plaque on the apartment complex and wants the Belarusian authorities to stop seeing Jewish Holocaust victims as the responsibility of the Jewish community rather than as "residents of Brest." 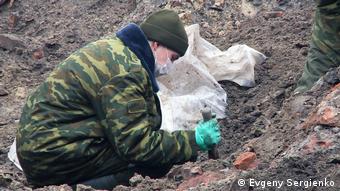 Lessons of the past

Irina Lavrovskaya agrees. She thinks that Belarusian authorities haven't learnt the lessons of the past. The country's opposition regularly faces political pressure or repression. Critics have called the country "Europe's last dictatorship." Lavrovskaya herself has always pushed against official narratives — in 1999, she was fired from her university teaching job for her opposition views.

The mass grave is a warning to future generations about authoritarian regimes, she says. "The people there were killed because they are part of a certain ethnicity. It was segregation — a separation of our society into different 'sorts.' What will be the next 'sort' picked for destruction? We don’t know."

That's why she wants people to discuss history openly — even when it is painful. And she wants the area where the new remains were found to remain open to the public as well. The construction company had planned for a gated community.

"I'm not going to lie in front of the bulldozers," Irina laughs darkly. "But I will be checking what happens there."

The museum called on visitors to behave more respectfully after finding photos of people balancing on the tracks at the former Nazi death camp. "There are better places to learn how to walk on a balance beam," it said. (21.03.2019)

Mihail Zaslavsky is the only known survivor among tens of thousands of Ukrainian Jews who were executed or burned alive following a bomb attack on October 22, 1941. The 93-year-old told DW how he escaped the Nazis. (22.10.2018)