A new report published by the German government says that a 1998 law designed to stop war pensions being paid to former Nazis has had almost no effect. The Labor Ministry says there is little it can do now. 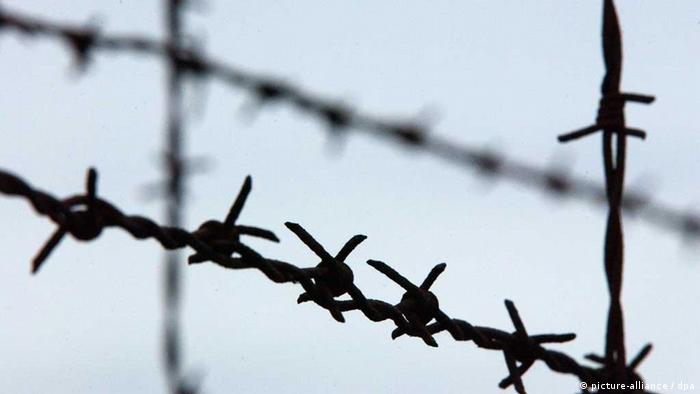 Germany has said it will launch a probe into possible Nazi pressure on its post-war central government, including the Chancellery. The investigation will cost Berlin 4 million euros and will complement ongoing inquiries. (26.11.2016)

The Nuremberg verdicts: In the name of the people

Seventy years ago, a tribunal ruled against Nazi leaders. It was the first step toward a new order of international law. (01.10.2016)

Germans who participated in the Holocaust are still receiving "war victims" pensions from the state, according to a new report commissioned by the German Labor Ministry - which says it has no intention of acting on it.

The report, written by the historians Stefan Klemp and Martin Hölzl of the global Holocaust research institute, the Simon Wiesenthal Center (SWC), found that the 1998 War Victims' Assistance Act, designed to cut off benefits to Nazi perpetrators, had only resulted in 99 pension cancellations out of a possible 76,000 names between 1998 and 2013. No pension has been cut off since 2008.

"The public media had great expectations in the new law," the historians wrote in the report. "It was meant to achieve justice by cancellations of war disability benefits for those persons who violated the norms of humanity during the Third Reich."

Efraim Zuroff, director of the SWC in Jerusalem, described the report's conclusions as "exceptionally depressing," while Christoph Heubner of the International Auschwitz Committee told the "taz" newspaper: "If you think of the coldness and arrogant distance with which many NS victims were refused pensions at the beginning, we can only call this disgraceful."

Klemp and Hölzl developed a survey they sent to all of Germany's state labor ministries, asking how many war pensions had been cancelled under the act, and how the decisions had been made. 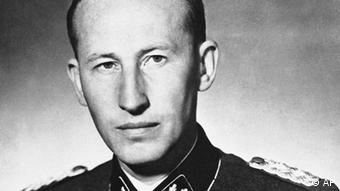 Heydrich's widow received a war pension until her death

In 1998, when the law was passed, around a million Germans were claiming war pensions, and there was no provision separating out those involved in the Holocaust. ("If Adolf Hitler were still alive today, he could get a so-called 'war-victim' pension on top of his normal pension," public broadcaster ARD pointed out at the time.)

Indeed, the widows of some of Nazi Germany's most infamous criminals received war victim pensions after the war. Lina Heydrich, widow of Reinhard Heydrich, a principal architect of the Holocaust who was assassinated in Prague in 1942, received his war victim pension until her death in 1985. (By contrast, the widows of the executed conspirators behind Claus Schenk von Stauffenberg's 1944 assassination attempt on Hitler often battled the courts for years to receive a war pension).

A BSG ruling in the late 90s defined Nazi perpetrators as those who served in Auschwitz or on special SS missions or SS infantry brigades, and when the new pensions ruling was passed, the German government estimated that this would cover some 50,000 people - though the SWC has since counted 76,000. Either way, there remained a huge discrepancy with the 99 pensions that were actually cut. 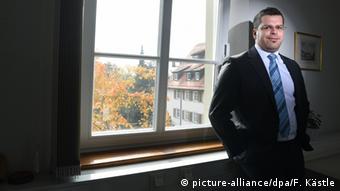 The historians also found bureaucratic issues, including incomplete records on potential suspects and a lack of personnel to follow up problems. They singled out the lack of a digitized system at the Central Office for the Investigation of National Socialist Crimes in Ludwigsburg, southern Germany, which keeps records of some 700,000 people considered victims, witnesses, or perpetrators.

Jens Rommel, the state prosecutor who directs the Ludwigsburg office, was slightly mystified at this criticism. "I'd like to ask how it would change the result if the data was available digitally," he told DW. "Of course it would be easier for us internally to go through the data with a computer. But the result wouldn't be any different. And anyway we're just one of many authorities who can help."

His office, he explained, was only responsible for providing information to pension authorities on people in its records, if they submit requests. According to the report, when the SWC historians searched its archives, Ludwigsburg found 2,600 war pension claimants on its records who may have been involved in Nazi crimes - though "in many cases their identities could not be clarified." In any case, Rommel could not say whether they were still alive or not.

The Labor Ministry itself has said that it is not planning to alter the law in light of the report it published. "It should be noted that the main reason for the small number of withholdings or withdrawals - the death of the potential perpetrator - remains the case," a spokesman told DW in an emailed statement. "Since even the youngest perpetrators would now be around 90 years old, the likelihood of finding living perpetrators among the pension claimants [...] will decline from year to year."