Navalny poisoning: 'These are not just normal FSB officers'

DW spoke with Bellingcat reporter Aric Toler about the attempted murder of Kremlin critic Alexei Navalny — and about the chemical weapons experts who were following the opposition leader when he was poisoned. 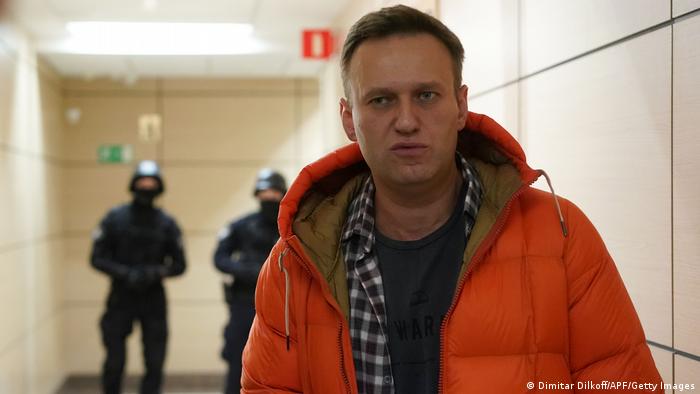 In August, Navalny collapsed on a flight from the Siberian city of Tomsk to Moscow and was later transferred to a Berlin clinic for treatment. German experts concluded that he'd been poisoned with the Soviet-era nerve agent Novichok.

DW spoke with Aric Toler, an investigative reporter with Bellingcat who is part of the research team looking into Navalny's poisoning.

"We examined the Russian data market, a bunch of telecom data and also passenger manifests for flights that looked suspicious. So we looked for people who had travel itineraries that closely matched that of Navalny around the time he was in Siberia," he said.

The Bellingcat investigation revealed that eight people who work at the FSB are believed to be involved — three of whom had the same itinerary as Navalny when he was poisoned.

"These people had the exact same travel itinerary following Navalny. And these are not just normal FSB officers. They're ones who have medical chemical weapons training that matched that of the eventual incident he suffered in Tomsk," Toler said.

The investigation further found that the FSB operatives had been tailing Navalny for years — traveling with the prominent Kremlin critic on trips he took across Russia.

"We were really surprised when we looked more into these people and we noticed these people, along with a few of their colleagues, had followed Navalny for over 30 trips since 2017."

When asked what will happen to the people who have been identified, Toler said it's up to Russian authorities — although there's currently no probe into the poisoning in Russia.

The interview was conducted by DW's Phil Gayle.