NATO: 'We are not abandoning Afghanistan'

Mircea Geoana, NATO's deputy secretary general, defended on DW's Conflict Zone the withdrawal of international troops from Afghanistan. But he recognized the decision comes with important security and political risks.

NATO's deputy secretary general said the military alliance is not "running away" from Afghanistan, as international troops leave the country after nearly 20 years.

Speaking to DW's Conflict Zone host Tim Sebastian, Mircea Geoana stressed that NATO wants to continue to help Afghanistan, especially as the alliance is "fully aware" that there are security and political challenges ahead.

"We know that putting an end to our mission is also entailing risks, we are lucid about these things," said Geoana, a Romanian national who has been NATO's deputy secretary general since October 2019. 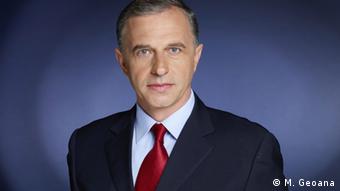 "But the decision to put an end to the certain point of a long, protracted mission was something which was taken by all our allies, by our American friends and allies. And now we're opening a new chapter," he added.

Geoana, speaking from NATO's headquarters in Brussels, said some of the risks include the possible reversal of reforms, the loss of territory to the Taliban, as well as the impact of NATO's departure on the morale of Afghan forces.

Earlier this year, NATO allies agreed to start the withdrawal of troops from Afghanistan. US President Joe Biden said the US military mission would conclude at the end of August, whereas other countries including Germany will have already pulled out their remaining troops.

The withdrawal has been controversial. It was criticized by key experts and politicians, including former US President George W. Bush, who told DW in an exclusive interview that the consequences "are going to be unbelievably bad."

The war in Afghanistan began under Bush after the September 11, 2001 attacks on the United States.

A 'new chapter' in Afghanistan

Responding to these kinds of concerns, Geoana stressed that opening a "new chapter" in Afghanistan does not mean NATO is abandoning the country or ending its support to its military forces.

The deputy secretary general specifically mentioned a trust fund for Afghanistan's armed forces which is "fully replenished up to 2024" and said NATO continues to work alongside Afghanistan's air force and train the country's special forces.

And he placed his hopes on a political solution to Afghanistan's divisions. Geoana said NATO is encouraging "inter-Afghan peace talks because at a certain moment the room for diplomacy will arrive."

"I strongly believe that there will be some form of political settlement among the various constituencies, ethnic groups and also philosophies and ideologies inside Afghanistan," he added.

Despite reports that violence is increasing and the Taliban are gaining control over more districts, the high-ranking NATO official remained positive.

"We believe that some of the reforms that we have contributed to will also be defended not only in military terms, but also defended by the Afghan people themselves," he told Conflict Zone host Tim Sebastian.

"So I do not believe that there is today a chance for some form of Taliban rule that will be taking control over the whole country.

"I believe there is enough capacity in that country to defend this hard-gained progress in social and human rights," he concluded.

Trita Parsi: US was never in control of Afghanistan