Leaders from NATO, the G7 and the EU convened in Brussels to find ways of supporting Ukraine without pushing the West into an all-out war with Russia. A new US-European energy deal aims to isolate Moscow. 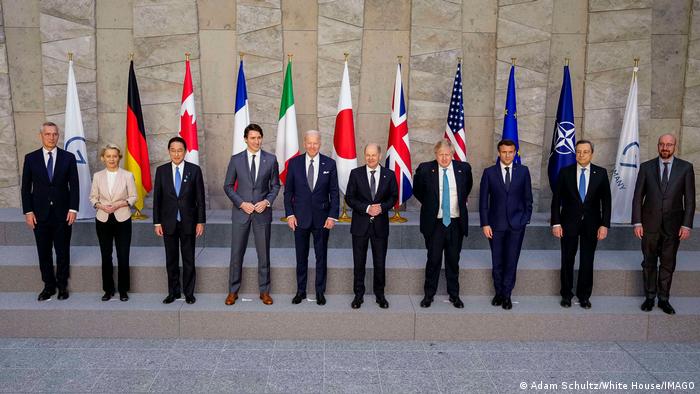 G7 leaders called on Russia to end the war in Ukraine

Helicopters patrolled the skies and security was beefed up in Brussels as leaders of the NATO, the G7 and European Union held consecutive summits in the Belgian capital to address Russia's invasion of Ukraine.

The high-stake talks ended with new pledges aiming to isolate Russia further but stopped short of a direct military response to the war in Ukraine.

NATO leaders agreed to activate its chemical and nuclear defense units in light of a potential chemical attack by Russian forces in Ukraine and committed to bolstering the alliance's eastern flank.

A new  transatlantic energy pact, signed by the leaders of the European Union and the US, marked a more robust initiative by the West to isolate the Kremlin for its actions in Ukraine.

In an effort to reduce the EU's dependence on Russian energy — the bloc imports 41% of its gas from Russia — the US agreed to increase liquid natural gas (LNG) exports to the EU by 15 billion cubic meters this year.

After announcing the deal, US President Joe Biden highlighted how Russian President Vladimir Putin uses energy to "coerce and manipulate his neighbors."

Ursula von der Leyen, president of the European Commission, welcomed the deal and said it was important for Europe to shift away from Russia and toward energy suppliers that are "trustworthy, friendly and reliable."

She also urged Western allies to remain vigilant while imposing sanctions on Russia.

"Now all our efforts should be on enforcing these sanctions and preventing circumvention and evasion," she said following the EU summit. 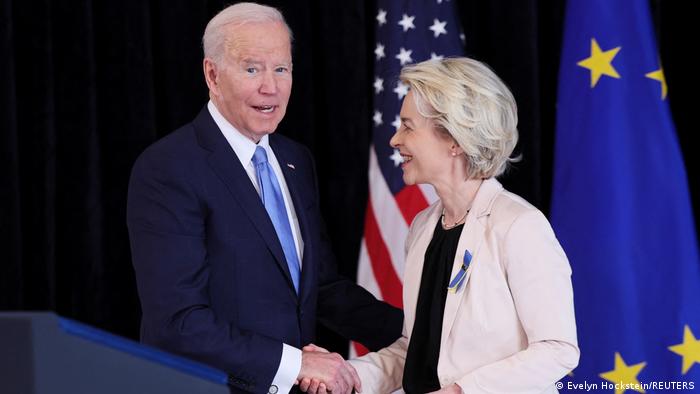 Harry Nedelcu, policy director at Rasmussen Global, said the new commitments after the three international meetings showed "Western unity in practice" as the war in Ukraine rumbles on.

"We've seen Biden coming over to Europe and seen strong statements," he told DW. "We also see some immediate beefing up of NATO's defense posture in Europe. From that symbolic perspective, these summits are important."

Nedelcu added that the US agreeing to send oil and gas to Europe is also important over the long haul in terms of "political signaling."

While the trio of summits in Brussels came as Russia’s invasion of Ukraine enters its second month, killing thousands and displacing more than 6 million people, for Ukrainian President  Volodymyr Zelenskyy, additional sanctions against Russia and increased humanitarian aid are not going to help his country as much as he has requested.

Speaking via video link to the EU summit, he made an emotional plea to EU leaders, asking them to admit Ukraine to the 27-member bloc.

Highlighting Russia's actions in Ukraine, he said: "Do not be late. Please. Because during this month you have compared these worlds, and you see everything. Who is worth what and that Ukraine should be in the EU in the near future." 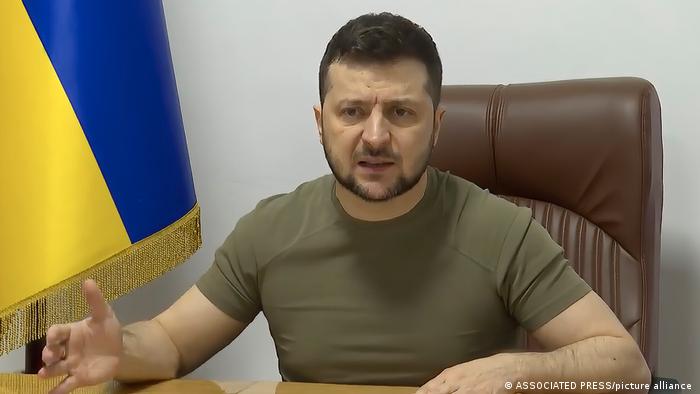 But his pitch did not receive the response he hoped for as EU leaders only acknowledged Kyiv's "European aspirations" and reiterated their statement issued at an earlier summit in Versailles, France, that tasked the European Commission to give its opinion on Ukraine's EU membership application.

However, EU leaders committed to creating a “Ukraine solidarity Trust Fund” to support the country.

NATO chief Jens Stoltenberg, whose term was extended by a year in light of the war, acknowledged Zelenskyy's request for support and said the alliance would continue providing advanced air defense systems, anti-tank weapons, ammunition and fuel to Ukraine.

But Stoltenberg made clear that to avoid a war between Western powers and Russia, NATO would not send troops or deploy jets in Ukrainian territory.

Ian Lesser, vice president at the German Marshall Fund of the United States in Brussels, said while Ukraine wants more capable systems to tackle Russia, the West wants to avoid provoking Moscow and triggering a full-blown war with Russia.

"The big visits to Brussels over the last days really illustrate the very stressful gap that exists between what Ukraine would like to see allied NATO allies providing and what many in the West would like to see the West doing, without provoking an overwhelming response from Russia," he told DW. "I think, in a sense, we have yet to come to grips with the utter ruthlessness of Russian policy."

The China question: Trade vs. geopolitics

Moreover, as the world seeks to isolate Russia for invading Ukraine, the summits in Brussels this week also addressed Russia and China's budding relationship.

"If China helps Russia, then the sanctions won’t work as we want them to work," Finnish Prime Minister Sanna Marin said before the EU summit, adding that it was important to ensure "China is on the right side of history."

Though China has expressed its concern about the war in Ukraine, Beijing has not yet condemned Moscow for its actions.

After the NATO and G7 summits, Biden told reporters he had warned Chinese President  Xi Jinping that Beijing could regret siding with Russia in this war.

"I made no threats, but I made it clear to him and made sure he understood the consequences of helping Russia," Biden said. "China understands that its economic future is much more closely tied to the West than it is to Russia." 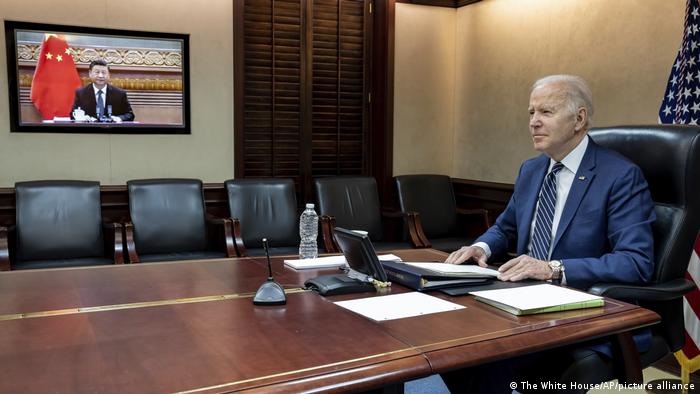 Rasmussen Global’s Nedelcu said China and the West are still trying to gauge each other amid this war.

"The Chinese are in a tight spot: On one hand, they feel like they are very close to Russia. On the other hand, if they do support Russia upfront, including answering Putin's demand and requests for aid, including military aid, then they know that there will be sanctions on them as well. So for the Chinese, it's a question of trade versus geopolitics," he told DW.

"But for the West as well, we have to tread a very careful game right now," he said. "Will Europe, for instance, go ahead with investment agreements with the Chinese? Maybe that's a step too far because, over the last year, China has put sanctions on Western officials, and the relationship has actually soured quite a bit. But, I think there might be something where we could still cooperate with China enough, in order to give the Chinese a feeling that perhaps it is better not to back Russia."

While EU leaders will hold a summit with their Chinese counterparts next week to discuss the war in Ukraine and their future trade relations, the GMF's Lesser said, "The difficult challenge for everyone right now is to do more without starting a war with Russia."

"If we get to a point where Russia itself is exhausted with this battle, and we may be approaching that now, then perhaps there is an opportunity for diplomacy and the US, including China, could play a critical role in that," he added.