Security forces in Afghanistan killed more civilians in the first part of 2019 than the Taliban and other terrorist groups. At the same time, casualty numbers fell compared with the previous year. 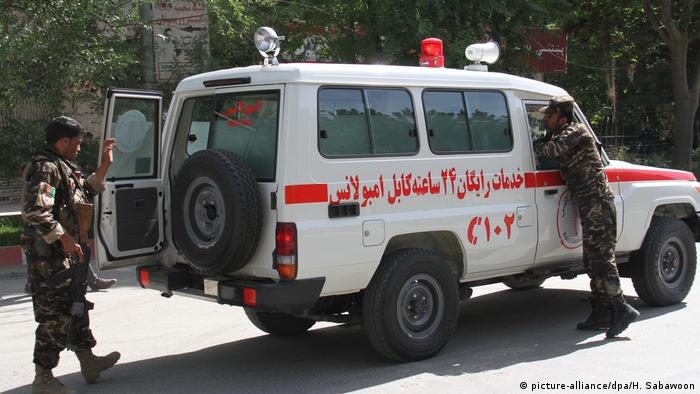 Afghan civilians were killed in greater numbers by NATO and pro-government security forces in the first three months of 2019 than by armed militants, according to UN figures.

It's the first time that fatalities caused by security forces in Afghanistan have exceeded those caused by the Taliban.

The United Nations Assistance Mission in Afghanistan (UNAMA), which released its report on Wednesday, urged security forces to investigate the casualties.

"UNAMA urges both the Afghan national security forces and international military forces to conduct investigations into allegations of civilian casualties, to publish the results of their findings, and to provide compensation to victims as appropriate," the report stated.

On the subject of search operations, UNAMA said some of the internationally-supported Afghan forces "appear to act with impunity."

The US military increased the pace of its bombing operations in 2017 after President Donald Trump loosened restrictions to make it easier to bomb Taliban positions.

Although several nations contribute logistical or technical support, with an increasing number of sorties flown by Afghanistan's own fledgling airforce, US aircraft conduct the large majority of airstrikes.

The overall drop in casualties compared with the previous year was attributed to a decrease in suicide bomb attacks, which spiked in early 2018. In January last year, 100 people were killed in a single incident when an explosives-laden ambulance blew up in Kabul.

UNAMA said it did not know if the fall in the number of suicide attacks was attributable to a harsh winter or whether the Taliban were deliberately avoiding civilian deaths as they conduct peace talks with the United States.