Namibia's state media is feting President Geingob's announcement that Germany is ready to apologize for the colonial-era genocide against the Herero and Nama peoples. But that news is less spectacular than it sounds. 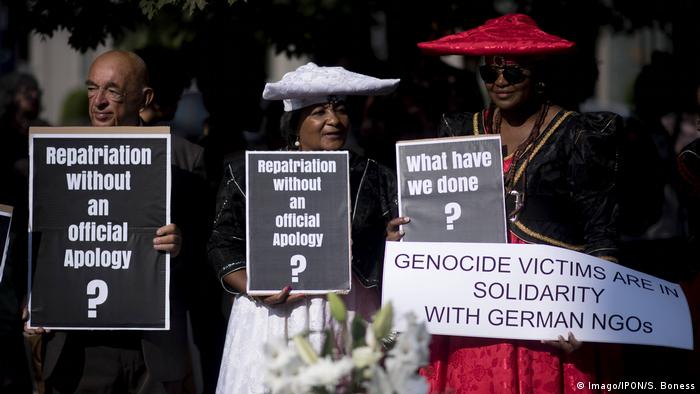 In his state of the nation address last Thursday, President Hage Geingob suggested that Germany was about to apologize for colonial-era mass-killings of tens of thousands of people.

"The Federal Republic of Germany has agreed that the events of 1904—1908 can be termed genocide and they are ready to render an apology, at the highest level of German government," Geingob told lawmakers on June 4.

Closed-door talks between the two governments started in 2015 after Germany had refused for decades to recognize that the mass-killings of tens of thousands of Herero and Nama peoples in the former colony of "German South West Africa" amounted to genocide.

The German government declined to comment on the Nambian president's statement. "The talks are proceeding in a constructive atmosphere of mutual trust. Both parties have agreed on confidentiality and that's why we are not commenting on the progress or the content of the talks," Foreign Ministry spokesman Christofer Burger told journalists in Berlin. 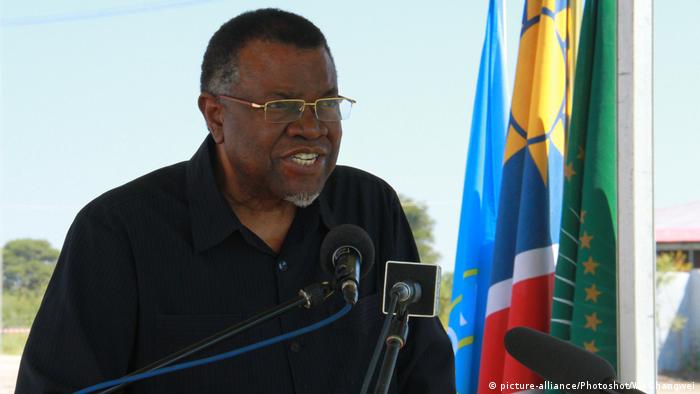 President Geingob says that the negotiations with Germany have made headway

Germany has repeatedly promised to render an official apology for the colonial-era slaughter. Ruprecht Polenz, the German envoy for the talks with Namibia said last February that the two governments were close to agreeing on a joint declaration about the killings.

"We would have prefered to apologize today rather than tomorrow," Polenz said at the time. "For the Namibian side it's important to know what is going to follow afterwards."

Germany has always ruled out compensation for the colonial-era killings. Instead, the government has offered additional development projects in areas where Hereros and Namas are living.

That seems not to have gone down well with the Namibian side. Geingob claimed that Germany had initially offered to pay €10 million (11.4 million dollars), an offer he deemed an "insult" to the Namibian side. In his state of the union address, Geingob admitted that the financial issues had not been solved. Some Herero and Nama leaders demand direct negotiations with Germany

"What remains outstanding is the final agreement on the content and level of reconciliation and reconstruction programme," he said.

A German apology however seems unlikely unless the financial issue has been agreed on by both side.

A signal to Germany and Namibia

Observers believe that Geingob might have chosen to portray the progress of the negotiations in a positive light to brush up the image of his government.

"Our economy is still struggling since the recession in 2016. It has taken another hit through the COVID-19 emergency. I think he was also trying to find positive things he could report to the nation," Dietrich Remmert, an analyst with the Institute of Public Policy (IPPR) Research in Windhoek told DW.

The president's statement might have also been an attempt to reach out to the Herero and Nama. Some traditional leaders have fallen out with this governmentover the issue. They are demanding direct negotiations with Germany and accuse the Namibian government of failing to represent their interests. 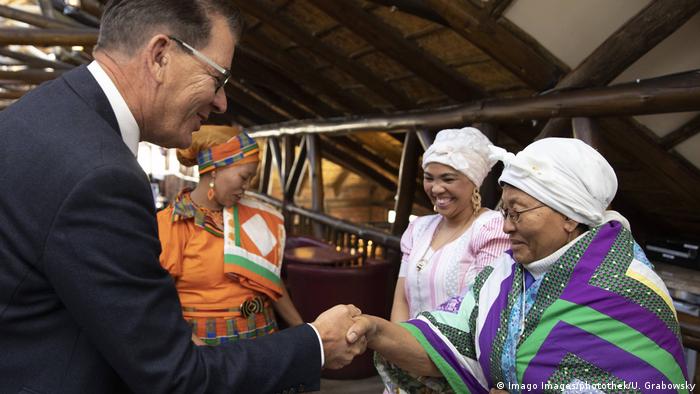 Lastly, Geingob's comments might also have been directed towards the German government. "A number of observers here have said in private that the slowness of the negotiations is something that could be more blamed on the Namibian side, on not being properly prepared and on being lax to engage in these negotiations," the IPPR's Remmert told DW.

When the two governments might reach a final agreement therefore still remains unclear. A new round of negotiations slated for March had to be postponed due to the COVID-19 pandemic, but the talks are said to have continued at working group level.

The German government has said repeatedly that it is hoping for a speedy conclusion of the talks. But special envoy Ruprecht Polenz stopped suggesting precise deadlines a long time ago.