German lawmakers have denounced Turkey for allegedly spying on a fellow member of the Bundestag. Michelle Müntefering of the SPD appeared on a list of spying targets Turkey passed on to its German counterpart. 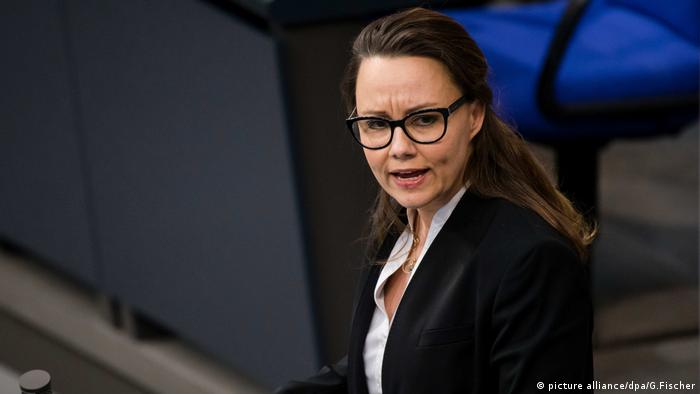 A German media investigation revealed that Michelle Müntefering, a German lawmaker for the Social Democratic Party (SPD), appeared on a list compiled by Turkish intelligence of people and groups allegedly linked to exiled cleric Fethullah Gulen.

The SPD caucus leader, Thomas Oppermann, said it was "absolutely unacceptable" that Müntefering was a potential spying target and called on German Chancellor Angela Merkel to issue a strong response.

"[Turkish President Recep Tayyip] Erdogan is going way beyond what we could ever accept," Oppermann said. "He does not appear to have any interest in a partnership with Germany anymore."

Müntefering was reportedly told by the Federal Criminal Police Office that her name appeared on a list of alleged Gulen supporters handed to German authorities by Turkey's National Intelligence Organization (MIT).

The Turkish government blames Gulen and his supporters for orchestrating a failed military coup in July.

Müntefering is the wife of former SPD Chairman Franz Müntefering and chairwoman of the German-Turkish parliamentary group. "This kind of behavior from the Turkish government shows once again that it is trying to suppress any critical positions," she said. "A line has clearly been crossed."

Foreign Minister Sigmar Gabriel said the German government "cannot tolerate" Turkey spying on members of Germany's parliament, adding that it is now up to federal prosecutors to determine whether this is the case.

DPA quoted the CDU's Berlin regional leader, Monika Grütter, as saying that the suspicion that Turkey had included German parliamentarians such as Demirbüken-Wegner on its spying list marked a "new low point" in relations with the Turkish government.

German federal prosecutors have already launched proceedings against several MIT members over allegations of espionage against citizens in Germany, also on suspicion of links to the Gulen movement.

"Espionage is a punishable offence, and we will not stand idly by," Justice Minister Heiko Maas (SPD) said.

The federal government on Wednesday also confirmed reports that some Germans of Turkish and Kurdish descent had been arrested upon entering Turkey before being sent back. Those targeted were mainly individuals indentified by Ankara as potential government critics.

"We are aware of such cases," Foreign Ministry spokesman Martin Schäfer said. "These are, of course, things that are difficult to discuss in the current heated situation and the many disputes between Germany and Turkey."

Germany investigates man on suspicion of spying for Turkey 01.10.2021

Germany's renowned research institutes are a popular target for espionage. A trial in Munich aims to shed light on the methods of the Russian secret service.