Muslims in Germany decry anti-Western violence | Germany | News and in-depth reporting from Berlin and beyond | DW | 15.09.2012 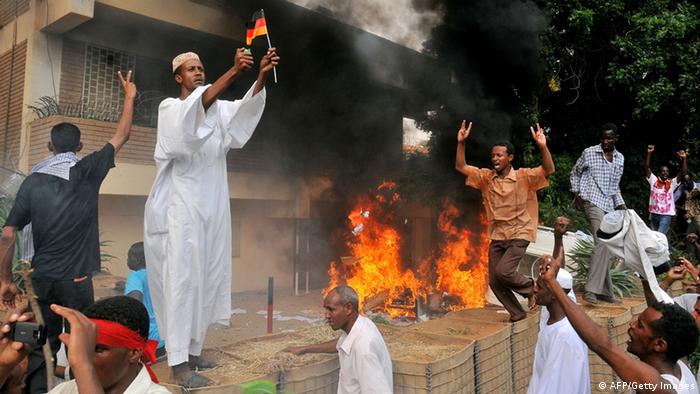 Angry demonstrators, violent protests, embassies in flames: the whole world is watching the recent riots in several Muslim countries. The latest protests on Friday (September 14, 2012), sparked by an amateur film produced in the US that denigrates the Islamic prophet Mohammad, saw an attack on the German embassy in Sudan.

"As Muslims, we are appalled when we watch this film - this is a pure provocation! It's an attempt to incite hatred between Muslims and the rest of society," said Benjamin Idriz, an imam and leader of the Islamic community in the town of Penzberg, in the German state of Bavaria. 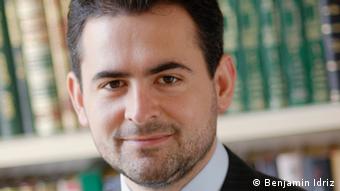 Idriz spoke of the film in his Friday sermon - because Muslims, he said, expect to hear their imam's opinion on important events. "Although the world really needs peace and security, extremists try, again and again, to incite hatred between the faiths," he commented. He said politicians, intellectuals and religious leaders must call on people to be patient and to respond wisely to such provocations.

"The Arab Spring - whether in Libya or other countries - and the ousting of the dictators, was also achieved with the help of the US," he said, sharply condemning the attacks on Western representatives. "The Arabs should be thankful that the US government stayed by their side."

Other Islamic organizations in Germany have strongly criticized the violent attacks. "The extremists are trying to exploit the situation," said Aiman Mazyek, chairman of Germany's Central Council of Muslims, in an interview with Bavarian radio. He didn't understand the fuss about the controversial film, calling it a poorly made, "filthy movie."

The Turkish Muslim Union, DITIB, rebuked the attacks as "cowardly acts of murder and brutality," calling them anti-Islamic. In a sermon published Friday, the association emphasized that "according to the Koran, societal turmoil, tension, disputes, slander and prejudice in society are, in this context, worse and more harmful than war itself." 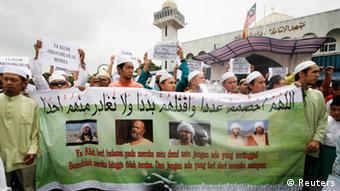 Violence spread to other Muslim countries on Friday

Not the Islamic communities and organizations, nor the security authorities, however, believe there is much risk that Muslims in Germany will begin instigating violent riots. They've been following the developments, but so far there's been no concrete evidence of any planned demonstrations.

According to a spokeswoman for the domestic intelligence service office in the state of Lower Saxony, the situation was calm there. The authorities in North Rhine-Westphalia have said there are no signs of any danger there, either.

Herbert Landolin Müller, head of the department of international extremism and terrorism at the domestic intelligence service in Baden-Württemberg, confirms his colleagues' assessments. "There is no concrete evidence of a security threat," he told DW. He added that it remained to be seen whether "interested parties" would attempt to exploit the situation for their own purposes - which applies equally to Islamists and extremist opponents of Islam.

Müller warned against making one-sided accusations, saying that could cause even more violence. If the media, for example, pin the blame for the film on fundamentalist Christians, that may spark new conflicts. "Such allegations must be investigated thoroughly in advance," he said.

Perpetrators of violence in the minority 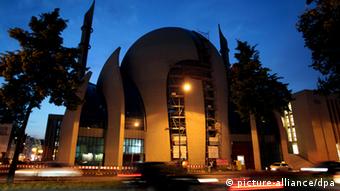 Attacks in Germany and Europe are thought to be unlikely

Idriz thinks there's a slight danger that ultra-conservative Muslims could incite Muslims in Germany and Europe to violence. But, the imam adds, he does not think his fellow believers are so easy to manipulate.

"I think Muslims in Europe are more rational and religiously moderate than many others in the Islamic world - the religious leaders, as well," he said. Idriz noted that mentalities can vary widely, and the education level of many Muslims in Germany and Europe is relatively high. Moreover, there is no power vacuum here as in some of those countries where violent groups have used this to their advantage.

But despite the violent images on TV, he stresses that those advocating violence are in the minority. "Even in Muslim countries, only a small number have responded with violence - even if it sometimes comes across in the media as if most Muslims are acting this way."

Protests against an anti-Islam film originating in the US are spreading across Muslim countries. DW takes a closer look at what's behind the violent demonstrations. (17.09.2012)

Was the German embassy in Sudan a random target?

After the attack on Germany's embassy in Sudan by angry protesters, many are left wondering why it was a target. (15.09.2012)

Protesters on Friday stormed the German embassy in Sudan, setting fire to the building. DW spoke with Florian Dähne in Khartoum, resident representative of Germany's Friedrich Ebert Foundation in Sudan. (14.09.2012)