Munich Security Report: Dawn of an era of global instability? | World | Breaking news and perspectives from around the globe | DW | 27.01.2016

The Munich Security Report, released ahead of the upcoming Munich Security Conference, presents a bleak strategic outlook for 2016. We could be witnessing the beginning of a more unstable international era. 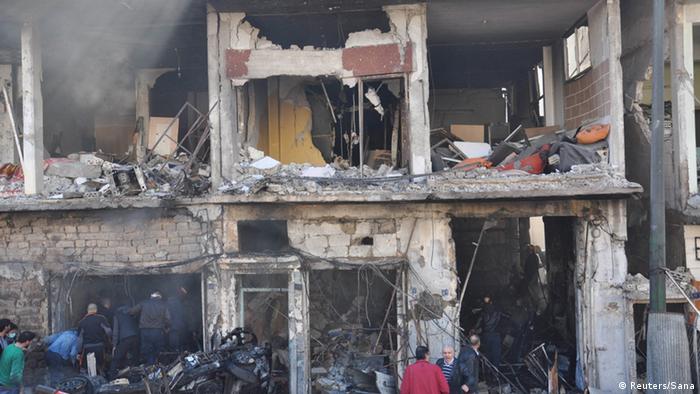 It would be unfair to say that the authors of this year's Munich Security Report (MSR) did not try to find a few positive nuggets from 2015, a year that was marked by various crises that only seemed to escalate rather than abate as time moved on.

Here is what they found:

Less than 10 percent of the world's population now lives in extreme poverty, a dramatic reduction compared to 25 years ago, when close to 40 percent suffered that fate.

After years of protracted negotiations, key international powers and Iran agreed on a historic deal over Tehran's nuclear program.

These three positive developments aside, conflicts abound. What makes these current conflicts particularly dangerous and difficult to contain is the fact that they are increasingly boundless.

The best example of this new "boundlessness of conflict" is the Middle East, the report found:

"The war in Syria has turned into an unconfined regional crisis. In the medium term, it may well put into question existing state borders throughout the Middle East. Secondly, the war in Syria has been the main driver of the global refugee crisis and has made 2015 the year with the most refugees since the end of World War II."

The best example of a new threat emanating in a time of boundless conflict is the "Islamic State" (IS). Sensing a vacuum in various crumbling states in the Middle East, the group has widened its influence beyond its places of origin in Syria and Iraq. What's more, using the latest communication methods, IS has attracted an international following that, as evidenced by the attacks in Paris, is willing and ready exploit the continent's open borders to carry out terrorist attacks in Europe. 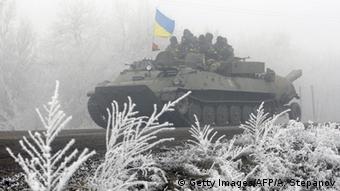 Europe, however, is not just threatened by Islamist terrorism. The continent's security order is still contested as the Ukraine conflict remains unresolved and its political unity is being challenged by the dramatic influx of refugees and stark disagreement over how to handle it. Making matters worse, is a resurgence of nationalism with the consequence that in Europe "the border-free Schengen Area is under threat."

Solutions to these crises are hard to come, the report suggests, partly because of the passivity of "helpless guardians" and the behavior of "reckless spoilers."

One key traditional "guardian" of the international order, the United States, has clearly limited its willingness to act as globe's main crisis manager:

"Claims of a US retreat may be exaggerated. But in at least two of the defining conflicts of our time - Ukraine and Syria - the US has played a less prominent role than in previous conflicts."

Europe - at least potentially a potent international player - has meanwhile "failed to build a credible common foreign and security policy as envisaged by the Treaty of Lisbon" and is preoccupied by strife over refugee crisis and a host of other internal issues. 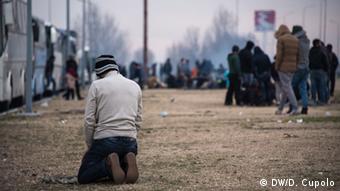 This unwillingness or inability of key Western powers to play a stronger international leadership role has left a power vacuum in various conflicts and increased the potential for even more global crises.

"One can argue that the danger of unintended escalation has never been higher since the end of the Cold War," Tobias Bunde, one of the report's authors, told DW.

In Europe, ties between Russia and the West remain in bad shape. "In the Middle East, relations between Iran and Saudi Arabia could hardly be worse, absent direct military confrontation," the report said. "Tensions between Turkey and Russia have grown precipitously." In Asia, China's assertiveness has made many of its neighbors worried and wishing for a stronger US role there.

As a result, the MSR's outlook is bleak, "In 2016, we are likely to witness a period of growing risks, including of military confrontation, of uncertainty and of fundamental transformation - the beginning of a more unstable international era."

Sketching an answer how the international community should respond to this projection is difficult. But acknowledging and acting upon it would probably be a good start, Bunde said.

"The analytical overviews, statistics and maps compiled for the MSR illustrate the need to spend more resources - both intellectual and financial - on the various foreign and security challenges of today and tomorrow," he said. "Too much has been taken for granted."

You can read the full report here.

German FM Frank-Walter Steinmeier has expressed concerns about ceasefire violations in eastern Ukraine. The number of incidents of violence has increased during the Christmas holidays. (29.12.2015)