The Munich Security Conference is considered to be the most important informal meeting on security policy. German foreign policy must now accommodate tough issues regarding the war in Syria and the refugee crisis. 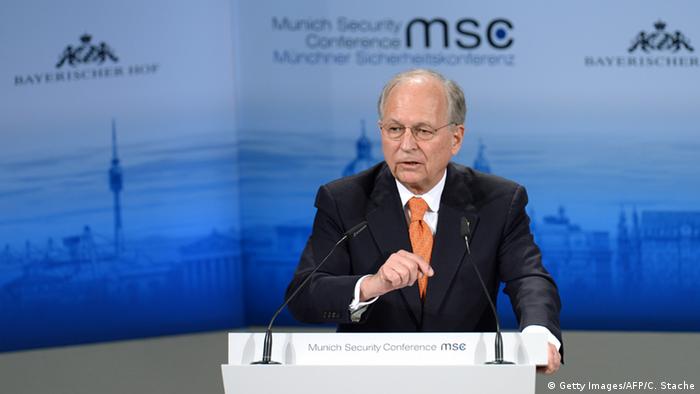 The security conference used to be called Wehrkundetagung (defense science conference) and was originally a fairly unassuming get-together where mainly debates on the German armed forces and NATO were held.

Today, the Munich Security Conference is an internationally respected forum on global security issues. "It brings partners from all sides to the table," applauded Kofi Annan, a regular guest in Munich, at the opening event in Berlin.

He did not only mean Iran and the West, quipped the former UN Secretary General, but this year, Bavaria and Berlin as well. It was an obvious reference to the dispute on refugee policy between the Bavarian state government and the chancellery in Berlin, which will be a key issue at the security conference from February 12 to 14. More than 30 heads of state and 60 foreign and defense ministers are expected at the luxury hotel "Bayerischer Hof" in Munich.

Tough times for the EU

The continuing influx of refugees does not only put the unity of Berlin's coalition government to the test, but the EU as well. "In the EU, we have a major crisis driven by powerful centrifugal forces," said Wolfgang Ischinger, chairman of the Munich Security Conference, in an interview with Deutsche Welle. But in the end, Europe will overcome this crisis. He declared that, "The prophets of doom will not be proved right." He believes that Germany has lost the capacity to act on an international level, but instead, has won moral credibility." 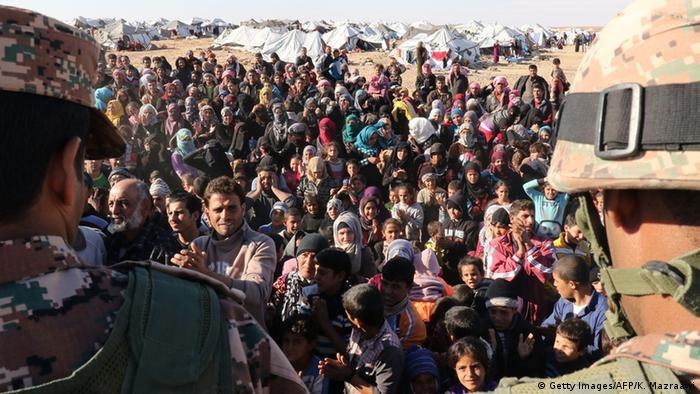 Europe has been excruciatingly slow in dealing with the refugee crisis

What went wrong in Syria and Afghanistan?

According to the forecast "Safety Reports 2016" that has been published for the conference, the current migration movements may even increase. In Africa, for example, it is expected that the population will double by 2050. If the infrastructure of African states does not grow accordingly, "then we stand before a migration flow that will make the present crisis look like a modest beginning," said Ischinger. He is thus an advocate of "preventive security policy."

Most refugees seeking protection in Germany are Syrians and Afghans and because of this, Ischinger says that "a few awkward questions for our foreign policy" have arisen. The 15 years of military, political and financial intervention in Afghanistan did not stabilize the country as hoped. "In Syria, we did the opposite: we looked the other way - and did not intervene, and the result is even more depressing," said the chairman of the Conference on Security Policy. 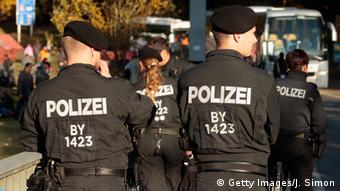 Checks at the German-Austrian border

As long as there is no end in sight to the war in Syria, explained the head of Germany's chancellery, Peter Altmaier, at the opening event, it all comes down to Turkey's actions.

The government in Ankara has implemented "two decisive measures." They have introduced a visa requirement for Syrian refugees coming from third countries such as Jordan and Lebanon. "Security agencies say that this apparently works." Moreover, Turkey now allows Syrian refugees to access to the labor market.

This is all being done to keep Syrian refugees in the region. "We are still not where we want to be," said Altmaier. On average, 2,000 illegal refugees per day travel from Turkey to Greece, and that is "far too many," Altmaier stressed. Germans no longer have faith in Merkel's favored European solution to the problem, admitted the head of the chancellery. Time is short, but "two or three months" must pass before the effects are noticeable.

Is there hope for Syria?

Altmaier hopes that perhaps the security conference could indeed help find a solution. Shortly before the Conference on Security Policy begins, a new round of talks on the Syria conflict, in which Russia and the US plan to take part, will be held in Munich. Conference chief Ischinger envisages the promise of progress: the talks in Munich are known for getting things moving, even in extremely unyielding conflicts. The experienced diplomat believes in the advantages of high-ranking politicians coming together for purely informal discussions.

The Munich Security Report, released ahead of the upcoming Munich Security Conference, presents a bleak strategic outlook for 2016. We could be witnessing the beginning of a more unstable international era. (27.01.2016)