Morocco holds 75% of the world's reserves of phosphate, which is used in fertilizer. The country's exports are helping to reduce hunger in sub-Saharan Africa, but high energy prices and climate change put that at risk. 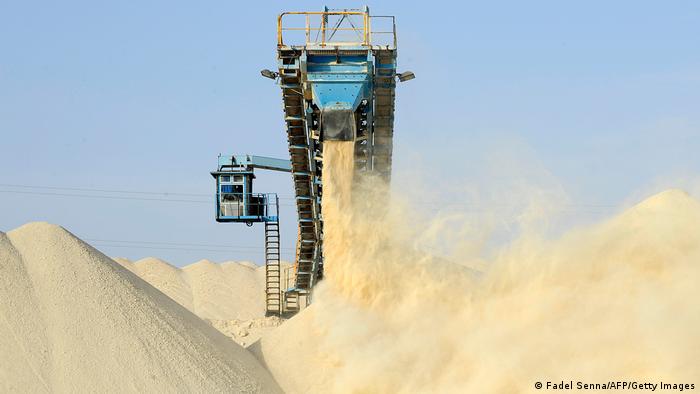 Morocco's role in maintaining food security in Africa is at risk due to skyrocketing energy prices and climate change, a report by the Middle East Institute (MEI) warned recently.

The threat comes as more than 264 million people in sub-Saharan Africa are undernourished as a result of poverty and conflict and after global food inflation last year hit a 10-year high.

At the same time, much of the agricultural soil in African countries is of poor quality, partly as a result of geography, environmental degradation and monoculture farming, which has further depleted its health.

Morocco holds about 75% of the world's reserves of phosphate rock — a mineral used in fertilizer. As of 2020, Morocco and Western Sahara — disputed territory of which 80% is administered by Morocco — had reserves of around 50 billion metric tons of the rock.

Rather than just export the raw material, Morocco decided decades ago to become one of the world's largest fertilizer producers. In 2020, its state-owned phosphate miner and fertilizer producer OCP Group had a 54% market share of fertilizer exports to Africa.

By raising its ambitions, the country has become a "gatekeeper of the world's food supply," according to the report's author, Michael Tanchum, an associate senior policy fellow in the Africa Programme at the European Council on Foreign Relations (ECFR) and a nonresident fellow at the Middle East Institute in Washington. 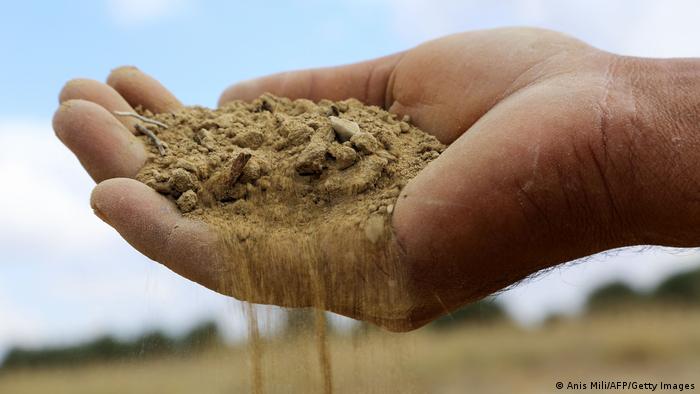 OCP has set up several joint ventures with other African nations to turn phosphate into phosphorus, a key nutrient in fertilizers. Already, the firm has subsidiaries in 12 African countries, including Nigeria, Ghana, Ivory Coast and Senegal.

An OCP program called Agribooster, has benefited more than 630,000 farmers, according to the report, resulting in much higher crop yields. Nigeria's corn yield has grown 48% as a result, and Senegal's millet yield is up 63%.

At the same time, phosphate mining and fertilizer production are highly energy- and water-intensive processes, responsible for consuming about 7% of Morocco's annual power output and 1% of its water supply, the report stated.

Another key ingredient in many fertilizers is nitrogen, which is produced using natural gas. Tanchum wrote that natural gas accounted for at least 80% of the cost of producing nitrogen fertilizers.

Pandemic lockdowns over the past two years constrained the supply of natural gas, sending prices skyrocketing. The price increases have "set off a vicious cycle of spiraling fertilizer and food prices," Tanchum said, which has not only had an impact on the cost of phosphate production, but is also threatening to unleash a new wave of hunger in sub-Saharan Africa. 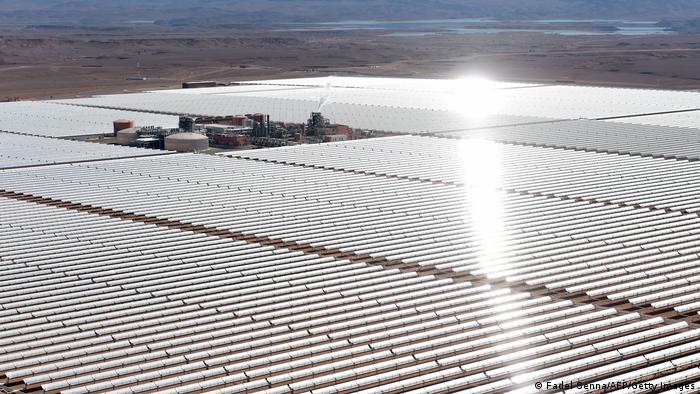 Morocco has stepped up investments in solar and wind power, but two green hydrogen projects with Germany are on hold

Though environmental groups are concerned about the pollution caused by phosphorous-based fertilizers, which impact drinking water and aquatic life, Tanchum sees renewable energy as essential to helping Morocco continue to maintain the growth of phosphate extraction and fertilizer production.

This will help Morocco to "escape the vicious cycle of the upward spiraling of prices in the food-energy-water nexus," he wrote in the report.

The North African country already has extensive solar and wind energy resources — enough to meet almost one-fifth of the country's power needs. The government in Rabat has signed deals with Germany in recent years to develop two green hydrogen energy projects. However, the plans are on hold after a spat between Berlin and Rabat over the contested Western Sahara region.

As Morocco has few natural gas resources, green hydrogen has been touted as a way to help OCP to synthesize green ammonia, which has a high content of nitrogen — a key ingredient in fertilizers.

"Using green energy for fertilizer production — both as an energy source for making the 'green ammonia' input to fertilizer — and [water] desalination, is a pathway out of this vicious cycle," Tanchum said.

With food inflation likely to remain high during 2022, Morocco's role in helping to ensure stable and affordable produce will be even more critical. Farming is not only vital to improve food security, but it is also a major source of income for Africans, with nearly half of Africa's population employed in the agricultural sector.

China, Turkey, Russia and the Gulf Arab states had been rushing to boost agricultural investments in Africa, presenting an opportunity for the US and EU to step up their engagement to promote a green food revolution on the continent, Tanchum said.

Without that, he said, the West "will likely see the continued erosion of economic leadership on the continent."