The number of non-EU citizens moving to Germany for work has risen by about 20 percent for a third year in a row. Figures show most of these foreigners are men from India, China and the United States. 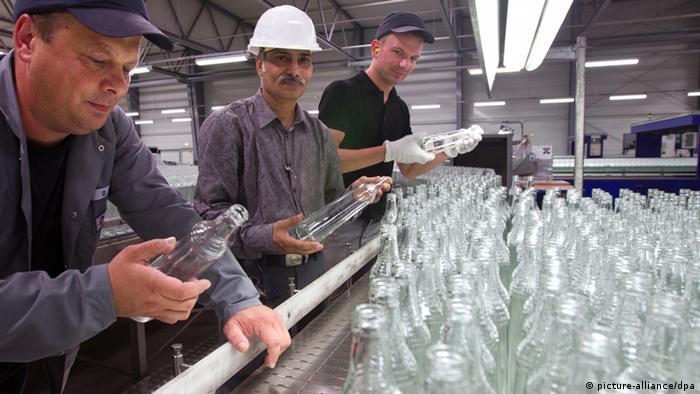 The Federal Statistical Office (Destatis) on Monday reported a 20 percent jump over the past year in people from countries outside the EU coming to work in Germany.

The group makes up a relatively small portion of the country's 10.9 million foreigners.

Strong increase from the West Balkans

The statistics office reported that Albania, Montenegro, Kosovo, Macedonia, Serbia, and Bosnia and Herzegovina accounted for almost 25% of foreigners with work permits in Germany in 2018. In 2015 they only made up around 9%.

Since the West Balkan countries were declared safe in 2014 and 2015, it's been harder for their citizens to get humanitarian residence permits in Germany, making migration for employment purposes a more viable option. From 2016, nationals from these states have also enjoyed easier access to the German labor market.

Destatis pointed out that non-EU citizens with a work permit did not fall into the same category as the total number of foreigners in the German labor market. The latter may include EU citizens able to live and work in any member state without a permit, or foreigners registered with the Central Register of Foreigners (AZR) under other residence permits who also have the possibility of taking up work, such as refugees.

Germany's government approved new laws at the end of 2018 aimed at filling massive gaps in the skilled labor market. The changes mean it's now easier for skilled workers, including non-EU citizens, to move to Germany, especially if they work in a field suffering shortages.