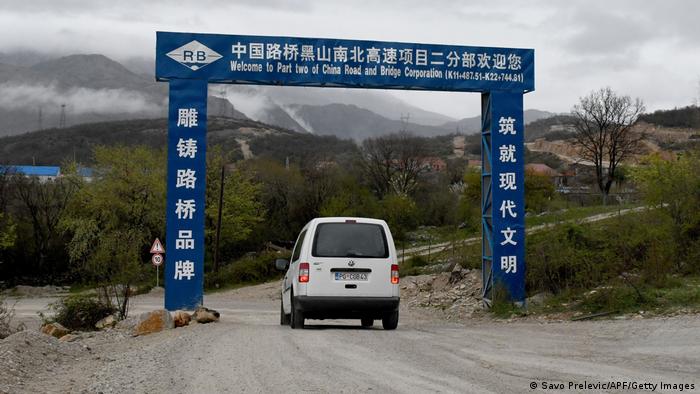 The Moldovan embassy in Beijing recently laid out 20 projects in the post-Soviet republic for potential Chinese investment. With a total value of $1 billion (€880 million), Moldova's ambassador to Beijing, Dumitru Braghis, told Chinese officials that the key sectors up for grabs were medicine, pharmaceuticals, IT, transport, viticulture and agriculture.

Braghis enthused that his country is a place with a favorable tax system and free economic zones, industrial zones and IT parks. Observers suggest it is the relative paucity of a viable regulatory regime and widespread corruption that is more attractive to Chinese companies and authorities who want to establish new footholds near European Union markets and diversify away from dependence on Africa for raw materials and cheap labor.

Moldova President Maia Sandu — a Harvard-educated former World Bank economist — beat Russia-backed incumbent Igor Dodon in an election last November running on a ticket of closer relations with the EU. But an ongoing energy conflict with Moscow and the failure of the EU to tie political reform conditions to promises of financing Moldovan investment have pushed the new government toward Beijing. China has largely focused on the business aspects of cooperation. 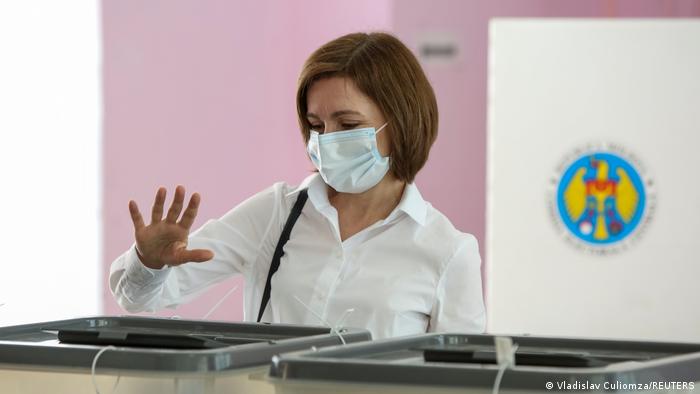 "Chinese investments represent a macroeconomic opportunity for Moldova, as Beijing succeeds where the EU and Russia have failed due to geopolitical confrontation," Michael Lambert, a researcher at the Sorbonne in Paris, told DW.

"Beijing's presence is well-accepted both by Russia, because China is a key partner of the Kremlin, and by the EU, because Brussel's policy has yielded little or no results in Moldova in the last decade," Lambert said.

Beijing and private investors are interested in agricultural resources because China has a demand for products such as wine and meat. "It is also interested in developing competitive businesses such as cognac, cereals, tomatoes, honey and textiles, to name but a few," Lambert added.

China Energy reportedly wants to sign a cooperation deal with the Moldovan Economy and Infrastructure Ministry. Meanwhile, China Sinopharm International Corporation has also expressed interest in cooperating with a Moldovan company to implement a radiotherapy and chemotherapy development project.

"Moreover, Moldova has an interesting and competitive tax system, similar to that of Georgia and Ukraine, which attracts Chinese companies looking for an economic outpost at the EU's doorstep," Lambert pointed out.

With rising wages in China, the relocation of Chinese companies to Moldova is an asset, analysts say, because Beijing wants to avoid locating all its businesses in cheaper countries in Africa, and to diversify and secure its supply chain.

"China has no military intentions with regard to Moldova and, from a political point of view, it remains focused on Central Asia," Lambert said. "In short, Moldova is primarily a medium for diversifying Chinese suppliers of goods and an economic outpost close to Europe for producing food and wine that are in high demand in China."

But this could also translate into Moldova supplying China with raw materials and low-level processing, while China exports to it industrial equipment and consumer goods. Critics say that not only does production of these goods create few jobs or add little value, such products are also vulnerable to competition, protectionist policies and fluctuations in global prices.

Moldova started negotiations on a free trade agreement (FTA) with Beijing in 2017. In 2015, SOE China Shipping Container Lines launched container transport services in the port of Giurgiulesti. The investment enabled Moldovan capital Chisinau to export products abroad, which was vital as its economy was suffering from the Russian embargo on wine imports from Moldova.

Under the previous government led by Pavel Filip, in March 2019, Moldovan authorities and two Chinese companies, China Hyway Group and China Railway Group Limited, were in talks to build 300 kilometers (186 miles) of highway at a cost of $400 million (€344 million). But this remains unstarted. 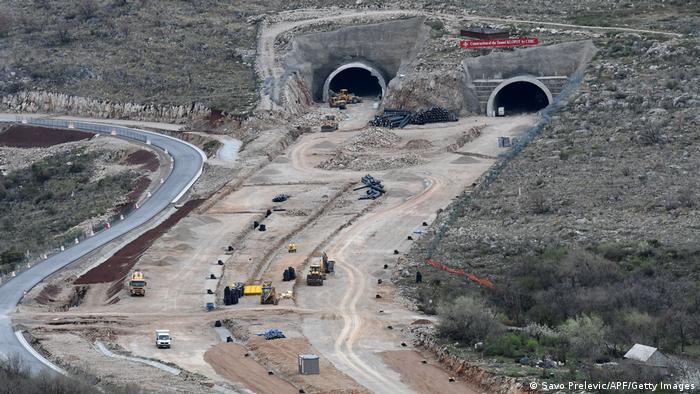 Chinese companies heavily invested in Montenegro, including on this road project near Serbia

But some believe that inviting Chinese investment could load down the former Soviet republic with debt, as the money for projects would be financed by Chinese bank loans.

The example of Montenegro cannot be ignored. The country now says it needs help from the EU to pay off a $1 billion Chinese loan for a road project.

EU spokeswoman Ana Pisonero told RFE/RL that Brussels has concerns over "the socioeconomic and financial effects some of China's investments can have," as well as the risks of economic imbalances and "debt dependency."

China holds about one-quarter of Montenegro's total debt, which reached 103% of GDP in 2020.

Lambert downplays such alarms. "Moldova's debt is declining with the growing Chinese footprint, as Chinese companies provide more income than they absorb," he said.

In fact, one upside of China's historically weak presence in the country has been that it is not heavily indebted to Beijing. China had invested only $4 million by the end of 2018 — far less than investments reported in other post-Soviet states. Kyrgyzstan and Tajikistan had drawn $1.4 billion and $1.8 billion respectively in Chinese foreign direct investment by the end of 2018.

Moldova relies largely on Western financing, which has been cheaper and easier to obtain. It has been granted €100 million in aid to help deal with the pandemic.

Neither Moscow nor Brussels

"Moldova will never be able to join [the EU], and a potential agreement with Moscow would not improve Moldova's economic situation," Lambert believes.

Moldova is heavily dependent on imports of Russian gas, which Moscow has used as leverage in its relations with Chisinau.

Gazprom has said that if unpaid gas bills are not settled and a new contract not signed as of December 1, 2021, the Russian gas giant will stop gas supplies to Moldova.

Since September, Gazprom has reduced exports to Moldova, with experts estimating a 35% drop in supply. Gazprom is also demanding repayment of $700 million in alleged debts. Gazprom itself is a 50% shareholder of Moldovagaz, Moldova's gas monopoly.

Moldova was receiving a €60 million grant from the EU to help with its energy crisis, Sandu said on October 27. But it is not at all clear if that will be enough to stop the country moving even further into Beijing's warm embrace.