It's been over 200 years since the abolition of the trans-Atlantic slave trade. UNESCO now commemorates its hard-won struggle, but combatting the modern slavery prevalent in many societies today is equally challenging. 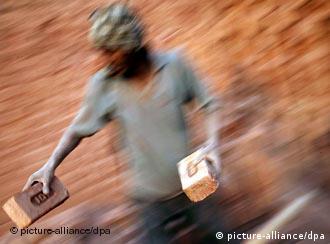 Slavery still exists in the world despite global efforts

"By institutionalizing memory, resisting the onset of oblivion, recalling the memory of a tragedy that for long years remained hidden or unrecognized, and by assigning it its proper place in the human conscience, we respond to our duty to remember," UNESCO's director-general said during the 2004 launch of the international year to commemorate the struggle to end the slave trade.

Slavery in the world today

It has been over 200 years since the abolition of the trans-Atlantic slave trade but, despite that, the practice still continues in various forms all over the world. In 2005, the International Labor Organization estimated that just over 12 million people were working as forced laborers in the world.

Siddarth Kara, in his book "Sex Trafficking: Inside the Business of Modern Slavery," says that there were just over 28 million slaves worldwide in 2006 divided into three categories: bonded labor/debt bondage, forced labor and trafficking slaves.

According to Kara, the profits generated worldwide by all forms of slavery in 2007 were just over $91 billion. That is second only to drug trafficking in terms of global criminal activities.

"Information on slavery is very inexact. But we believe that the majority of slave victims - in the neighbourhood of 80 percent - are the female gender, and that around 50 percent are children. We believe that the largest category of slavery is sex slavery. This is not to minimize other large categories - domestic servitude slavery, forced labour in farms and factory slavery, child soldier slavery," said John Miller, director of the US State Department‘s Office for Monitoring and Combating Trafficking in Persons. 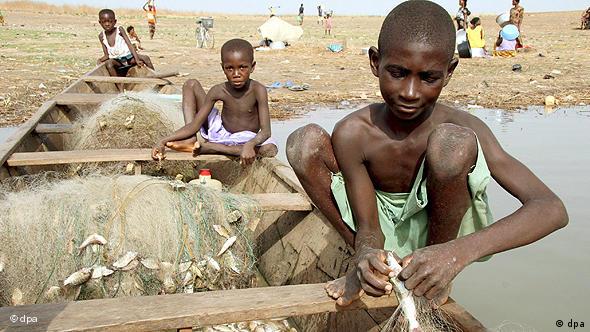 "Human trafficking is synonymous with slavery. Human trafficking relies on coercion and exploitation. It thrives on converting hope to fear. It's maintained through violence. The trade in people is a major source of revenue - in the billions [of dollars per year] - for organized crime, along with the drug trade and the arms trade. Let there be no misunderstanding, modern slavery plagues every country in the world - including the United States," Miller said.

Tom Porteous, the director of Human Rights Watch in London, told Deutsche Welle that "the major factor contributing to sex slavery is supply and demand. There is a huge demand for prostitution and an equally huge supply of participants because of the economic situation in the world."

An estimated half a million women are trafficked annually for the purpose of sex slavery. They are exported to over 50 countries including Germany, Britain, Italy, Japan, Canada and the United States. Sex slaves are smuggled taking a route known as the "Eastern route" from eastern European countries, through Poland and subsequently into European Union countries. The cities of Prague, Amsterdam, and Frankfurt are common final destinations for the slaves.

"The susceptibility of victims despite the publicity focused on the issue is a question of economic reality and economic desperation. The countries which provide the bulk of the victims in sex slavery are poor; the victims are predominantly of the poorest countries," said Porteous.

"Enforcement of the law needs to be strengthened, along with the formation of international treaties that could properly deal with sex slavery. More information on the reality of the situation needs to be disseminated directly to the communities that provide the bulk of the supply in sex slavery i.e. the economically challenged," he added.

Germany is known as a “receiving country” in the sex slavery industry; a destination and transit country for the trade, with scores of victims coming in from eastern Europe and also Asia and Africa.

Berlin has in turn proven itself a leader in many aspects of the fight against modern slavery. 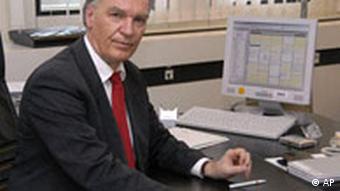 A spokesman for Germany's criminal police office told Deutsche Welle that, "since the strong rise in trafficking of sex slavery victims into Germany in 2007, the problem has steadied in the subsequent years. Sex slavery is still a problem and prosecution of those involved relies largely on identification by the victims. The victims of sex slavery these days are members of EU countries and are thus legally permitted to stay in Germany if they so wish. Prosecution and curbing of this crime requires victims coming forward and identifying the criminals involved, achieving this would require efforts of both governmental and non-governmental organizations."

The basis of sex slavery, experts say, is economic. The industry renders billions of dollars in revenue for its perpetrators and the reality of the victims, who are predominantly from economically-challenged countries accounts for their susceptibility to the trade.

"There is anecdotal evidence suggesting that the economic crisis in the world has made the sex slavery problem even worse," said Tom Porteous.

A survivor of child slavery and prostitution, Somaly Mam battles forced prostitution in her native Cambodia. For helping to better the world for others like her, Mam received the Roland Berger Human Dignity Award Monday. (24.11.2008)

Saved from the slave trade in Moldova

There were over 2,000 registered victims human trafficking victims last year alone in Moldova. The women are sent abroad to be prostitutes, men are forced into slave-like wage labor and children have to become beggars. (18.10.2008)

The mammoth proportions of human trafficking make combating it difficult. Representatives of NGOs and OSCE governments continue the fight at a Vienna meeting on Monday. (21.05.2007)