Wolfgang Schäuble, a veteran ally of Angela Merkel, has admitted the cabinet made "mistakes" during Germany's large intake of refugees in 2015. He wants lower standardized​ EU welfare payments for asylum-seekers. 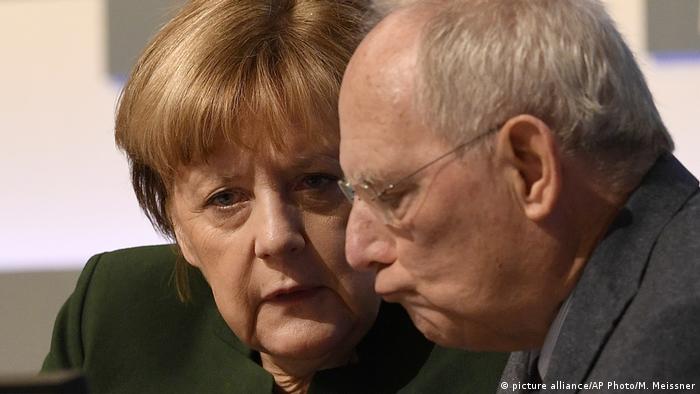 More than 7,000 refugees and migrants have been stranded in Serbia since neighboring countries closed their borders. Many are spending what money they have left on people smugglers. (27.01.2017)

Businesses and refugees come together

One thousand companies are already involved in refugee initiatives. (03.12.2016)

Members of Germany's lower house of parliament have declared secondary earnings of at least 18 million euros ($20 million) since the last general election in 2013. A watchdog wants to ban MPs from earning on the side. (09.08.2016)

Finance Minister Wolfgang Schäuble told a citizens' panel brought together the "Welt am Sonntag" newspaper that the situation "got out of control" when Germany kept open its border to 890,000 refugees, mostly people who had fled violence in the Middle East and  trekked through the Balkans to reach Germany.

"We politicians are people and we also make mistakes," said Schäuble (pictured above), a former German interior minister, adding that "one can at least learn from mistakes."

A Bavarian municipal employee, a finance executive of a family firm north of Frankfurt and a maritime turbine maker near Hamburg posed questions to Schäuble, who said all parties across Germany's political spectrum needed to "draw the necessary consequences."

Equal aid for refugees across the EU?

One step worth considering by all EU nations was a joint, standardized system of social welfare payments to asylum-seekers, said Schäuble, adding that the amount of the payments would likely be far lower than those paid in Germany.

"Up until now that has been a tabu in Germany," he said.

Asylum-seekers had been drawn to Germany because its Constitutional Court "for good reasons" had insisted that all people - refugees and German welfare recipients - be treated equally.

"In a civil society governed by the rule of law, when we suspect someone is abusing statutory assistance, we must prove that exactly," said Schäuble adding that individual checks were needed to distinguish persons with genuine needs from swindlers.

Schäuble's remarks reflected Merkel's declaration to her Christian Democratic Union (CDU) in December that she wanted to prevent a repeat of the 2015 influx, although she insisted that Germany would still take in people who genuinely needed protection.

Asked whether the care of a juvenile unaccompanied refugee cost up to 60,000 euros annually, Schäuble replied: "On the contrary, it comes down to caring for children and youth so that they are integrated into society." 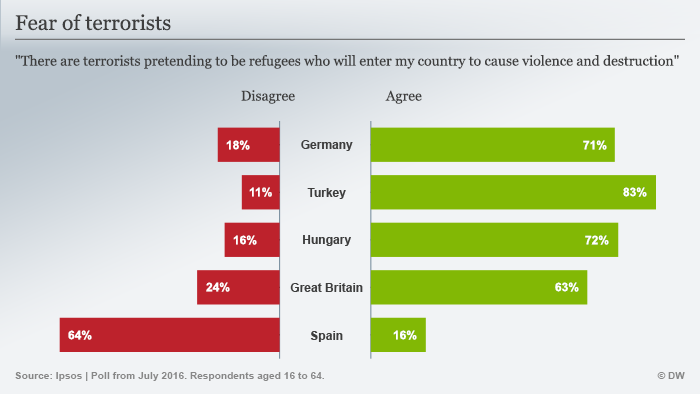 "We are used to a high level of security. That is great. However, I think more and more people will throng to Europe. Whether that appeals to us or not, we must learn to cope with it," Schäuble said.

Told by one of his questioners that too many politicians lacked career experience outside parliament, Schäuble acknowledged that he had spent 45 years in parliament.

Had he pursued his career as a "good lawyer," Schäuble said: "I would have probably earned far more money."

"I still enjoy politics," he added. "I've read that members of the Trump government have assets worth many billions of dollars. If I were a member there, I would drastically lower the average."

For Germany's Bundestag, the lower house of parliament, it was increasingly difficult to find qualified people who were ready to enter politics, Schäuble said while adding encouragement for aspiring politicians: "You can rapidly make a career."