She met Slobodan Milosevic while they were both in high school. They stayed together as Slobodan rose to become the undisputed ruler of Serbia. Mirjana Markovic was both his wife and his most important political partner. 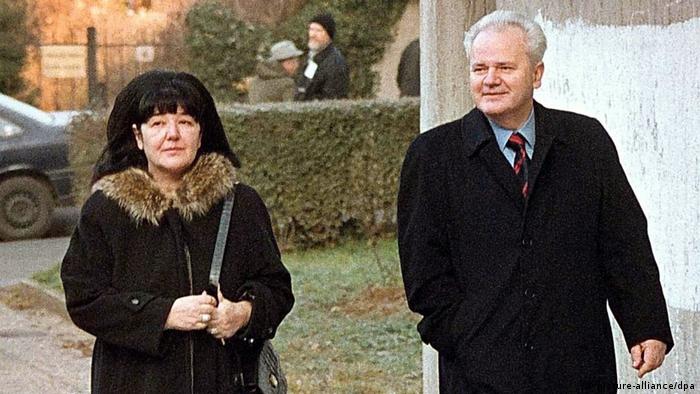 Mirjana Mira Markovic, the widow of Serbian ex-leader Slobodan Milosevic, died in Moscow on Saturday at the age of 76. Her death once again united the couple that once wielded ultimate power in the Balkan country.

Mirjana was born in 1942 to a mother who was a Communist resistance fighter during the German occupation. Her mother was arrested by the Gestapo the following year, she was tortured and shot. After her death, it was rumored that it was in fact the partisans themselves who had shot her for treason.

Her aunt Davorjanka Paunovic was a mistress of Yugoslav dictator Josip Broz Tito throughout the war, until she died of tuberculosis in 1946.

Mirjana's father, Momcilo Moma Markovic, was one of the key Communist Party figures in Serbia. After the end of the war, he was decorated as a hero and became one of the new government's top officials. Mirjana grew up with her maternal grandparents, mostly seeing her father only during school breaks.

People who lived in Yugoslavia during the 1980s and the 1990s can recall that Mirjana Markovic always wore a flower in her hair while in public. She claimed it was because the only surviving photo of her mother also shows her with a flower in her hair.

She attended high school in Pozarevac, the birthplace of Slobodan Milosevic. The future nationalist leader was one year ahead of her. They started dating after meeting in a Communist youth organization. This was the beginning of the story about an inseparable couple who steered Serbia towards economic crisis, wars and a conflict against the western world.

Many testimonies indicate it was Mirjana Markovic who motivated her future husband to dive into Communist ideology. He became a Communist Party member in 1959, at the age of 18. His father, an Eastern Orthodox priest, left the family and killed himself in 1962. His mother also took her own life 13 years later.

Slobodan and Mirjana were married in 1965 and had two children, Marija and Marko.

Milosevic's schoolmates allegedly believed Slobodan would most likely grow up to become a train station manager. With Mirjana's enormous influence, however, he launched a political career.

Mirjana went on to study sociology and eventually become a university professor, parallel to writing books. With the rise of her husband, who imposed himself as a Serb leader in the late 1980s, her own influence also grew.

She became directly involved in politics by launching her Yugoslavian Left Party (JUL) in 1994. This organization was a permanent coalition partner for Milosevic's Socialist Party. Most of JUL members came from culture and business circles, and according to murdered journalist Slavko Curuvija, criminal networks. 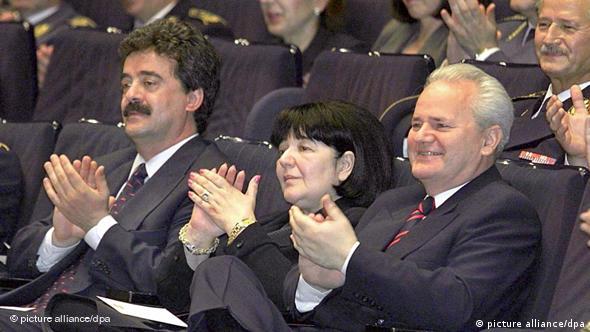 After the fall of Milosevic

In fact, many claim that that what eventually cost Curuvija his life was his acquaintance with Mirjana and their intense row over a new, draconian Information Law. Many also believe that she was behind the murder of former Milosevic mentor Ivan Stambolic and failed assassinations against right wing opposition leader Vuk Draskovic. None of this was ever proven.

After the anti-Milosevic uprising in 2000, the ousted president was arrested and then delivered to a UN war crimes tribunal in The Hague. His son Marko, deeply entangled with crime networks in Belgrade and Pozarevac, was the first to flee to Russia. In 2003, the man who led the anti-Milosevic movement, Zoran Djindjic, was assassinated by a paramilitary unit once loyal to Milosevic. In 2006, Milosevic died his jail cell in The Hague.

It took Serbian courts 13 years to pass a verdict against her — she was convicted in absentia to a year in prison. Even this verdict was overturned in early 2019, with a court ordering a retrial.

It should not be surprising that a large part of her rhetoric survived in Serbia until the present day. During 1990s anti-regime rallies, protesters dubbed her "the red witch." In turn, she would write columns describing her opponents as "hordes" of "traitors."

The Serbian media was ruled by the iron fist of her husband's party, but she would nevertheless claim it was running a smear campaign against them. Until the very end, she believed that Germany, the Vatican, the US, and Islamic extremists were conspiring against Serbia, which she identified with her family. She dubbed the Hague tribunal "the Gestapo of our times."

Unlike her husband, who was happy to share an occasional whiskey with global diplomats and keep away from the public eye, she wanted to be seen, to be a revolutionary, to be the nation's sweetheart. She had an opinion about everything. She could often sound infantile while speaking in public, but her words spelled danger for any person she would mention.

All of her techniques, flowing from an ideological mix of nationalism, communism, and the unique mixture of propaganda and paranoia that shaped her worldview, are still used by the present-day Serbian government, led by her husband's one-time allies.