Thirty years after his death, Josip Broz Tito is more popular than ever. Even those born since 1980 long for the "good old days." 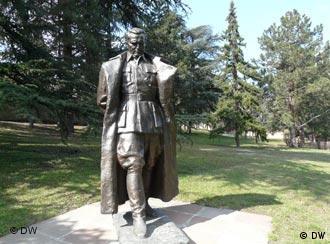 In Sarajevo's Cafe Tito, old army helmets serving as lamps hang above the bar. The walls are covered with photos and clippings from foreign newspapers from the middle of the last century.

The namesake of the restaurant, Josip Broz, more commonly known as Tito, is immortalized in a brass bust that silently surveys the establishment. A stopped clock shows the time of his death: 3:05 a.m., on Sunday May 4, 1980.

Guests at the cafe, mostly teenagers and students, have only heard good things about Tito. In his time, Yugoslavia was one of the most powerful countries in the world, according to 17-year-old Ernes.

His friend Arif, two years older, said that back then, unlike today, the police fought the criminals. "There was also not such a big difference between the rich and the poor," he said.

The family of 24-year-old Nazif is "really nostalgic," he said. "Life back then was better; people weren't judged by their names or their origin." 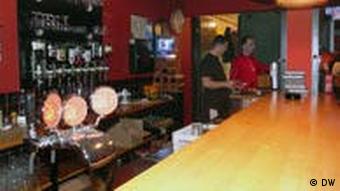 Like all of Sarajevo's students and young people, Ernes, Arif and Nazif were born after the Tito era. What they know of the founder of the Socialist Federal Republic of Yugoslavia, they learned mostly from stories told by their parents and grandparents.

The multi-ethnic state broke apart a decade after Tito, the son of a Croat and a Slovenian, a trained locksmith, a sergeant in the Austro-Hungarian Army, a Bolshevik and a South Slav guerilla leader died at the age of 88.

For more than 35 years, Tito was the absolute ruler in the Balkan country of 23 million inhabitants. At the time of his death, nationalism was already simmering behind the country's communist facade.

What followed were the bloody wars of the 1990s. Most of the then-republics and autonomous provinces - which have now become seven more or less independent countries - have still not recovered from the economic and human losses. 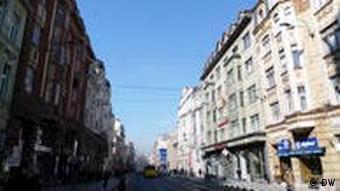 'Remembering only the good times'

The headquarters of the Josip Broz Tito Federation in Bosnia-Herzegovina is on Marshal Tito Street in the Bosnian capital. The organization, with its 20,000 members, is one of the few groups in this country with members from different ethnic groups and religions.

What they have in common, according to chairman and music professor Faruk Sijaric, is the fight against social injustice, an opposition to modern fascism - and the memory of Josip Broz.

"Today, a tenth of our population lives better than before, but 90 percent are worse off than before," explained Sijaric. "Thirty years after his death, Tito is slowly becoming a legend. Of course, he also made mistakes. But with time, the faults of a legend are forgotten. What remains of Tito's memory is only the best."

Josip Broz is back 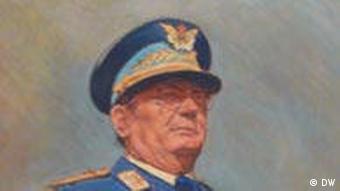 Josip Joska Broz is the grandson of Tito

Mass executions of the opponents of the communist guerrillas after their victory in World War II, the arrests and mistreatment of political opponents in the 1960s and 1970s, the shortcomings of the planned economy and the self-management of workers – all that seems to have been forgotten in the public memory. Especially in Bosnia, which suffered heavily in the war, the legend of "good" Tito has held up the strongest.

In European Union candidate Croatia, where the comrade's birth house and state ship Seagull are being restored, a Tito TV series is enjoying great popularity.

The birthday of the former statesman is celebrated with a youth festival every year on the Bay of Kotor in Montenegro. In Macedonia, the small Union of Tito's Left Forces has established itself as a serious opposition party.

And last year in Belgrade, Tito's grandson, Josip Joska Broz, was elected chairman of the newly formed Communist Party of Serbia. Even in Kosovo, the only part of the former Yugoslavia without a major Slav population, Tito's photo hangs in almost every house, claimed the 63-year-old Josip Joska Broz, who used to work in the counterintelligence under his grandfather.

'Glorified in life, revered in death' 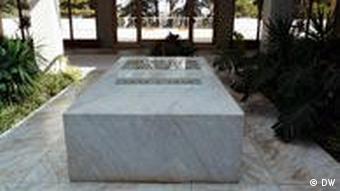 Tito's remains are in the House of Flowers in Belgrade

The only grandson from Tito's first marriage is convinced that the wave of nostalgia for the former Yugoslavia has swept across the West Balkans "because 60 to 70 percent of the population is in mourning for the old Yugoslavia."

"I would not have believed that we could forget about the last bloody war so quickly," he said. "Everyone is now hoping for a common living space - not through changes in the borders but economically and socially."

The roughly 70,000 yearly visitors to the Museum of Yugoslav History, at the site of the former presidential residence in Belgrade, would agree with Joska Broz. The house, formerly known as the Tito Museum, was dedicated to the popular head of state even before his death.

Today, guests from around the world pay their respects in front of Tito's white marble tomb.

"Tito has achieved the dream of every absolute ruler – to be praised and glorified in life, and revered after death," said Momo Cvijovic, a longtime curator at the museum. "His popularity continues even today, 30 years after his death."

Over a decade after Yugoslavia broke up, a feeling of nostalgia towards the former nation has surfaced. The Serbian Railway is banking on this, putting its famous leader Tito's private train back on the tracks. (05.01.2008)

Both the EU and NATO are looking ahead at possible membership for Southeast Europe. But western Europe's wariness and a lack of regional cooperation are standing in the way. (06.05.2006)