Over a decade after Yugoslavia broke up, a feeling of nostalgia towards the former nation has surfaced. The Serbian Railway is banking on this, putting its famous leader Tito's private train back on the tracks. 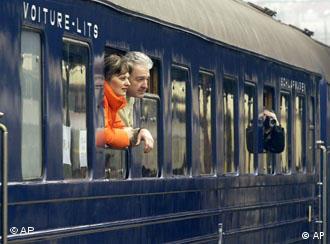 Tourists can get the Tito feeling on the Blue Train

When Yugoslavia fell apart in the 1990s, the Balkans experienced the bloodiest wars since the end of World War Two. Yugoslavia broke up into six independent republics, each going its separate way. Today, relations are still strained. And yet from Ljubljana, to Sarajevo and Belgrade, "Yugonostalgia" has been making a comeback.

The Serbian Rail Company therefore thought it was great timing to dust off and wheel out the private train of former leader Marshall Josip Broz Tito -- also to attract tourists.

Despite lying idle in a dusty shed for 25 years, the Blue Train hasn't lost any of its communist-style splendors from the Tito era. Its carriages, suites and sleeping cars have been preserved completely intact. Designed in 1947 for Tito's exclusive use, the Blue Train still has all its original fittings: dark inlaid wood panels, thick luxurious carpets and stylish 1950s design furniture.

"That feeling of Yugoslavia's importance when Tito was in power is the most attractive for me," Stettic says. "Even some really important world leaders saw Tito as a man of great wisdom, who was able to judge the political reality well and give good advice."

Tito hosted many world leaders on the Blue Train

Tito loved his train and clocked up more that 400,000 miles on board. Some people even claim that Tito used to spend the night before his departure on the train while it was in its shed, Stettic says. 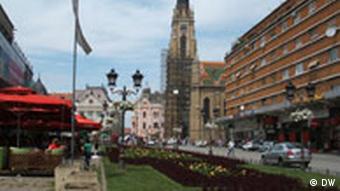 Tourists can also take the Blue Train to Novi Sad

During his years in power from 1947 to 1980, Tito entertained many of the world's leaders on the Blue Train. Yasser Arafat, Leonid Brezhnev, Jawaharlal Nehru, Francois Mitterrand, Willy Brandt and Muammar al-Gaddafi were among Tito's high-level guests on board.

Some heads of state even had their own wagons, like Britain's Queen Elizabeth II or French president Charles de Gaulle, though he never bothered to visit Yugoslavia due to his political differences with Tito.

"Tito was a charismatic leader, and he knew the game," Stettic says. "He knew how to sit on two chairs at the same time and how to negotiate between East and West."

Tito was a well-liked dictator

Yugoslavs felt that Tito gave them a good life, Stettic says. They felt different from the other countries behind the Iron Curtain. Yugoslavs, for example, could travel to East and West without restriction or visas. 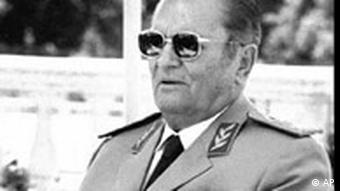 "People loved him in spite of the fact that he was a dictator," he says. "We were very proud of being Yugoslavs and once Tito died, there was no successor, and that was the beginning of the end of Yugoslavia."

Marija Petrovic worked as Tito's cook on the train from 1975 to 1980. She very clearly remembers the day Tito died in May 1980.

"His remains were transported from Ljubljana to Belgrade on the Blue Train and I remember the places we drove through," Petrovic says. "All the people were crying and saluting his remains for the last time. That was a very emotional moment."

"After lunch he would never fail to go to the train's kitchen to thank the staff for the meal and praise the food," she recalls.

"The symbolic value of this train is enormous."

Great rail journeys on trains from a bygone era are becoming increasingly popular with tourists. Yugonostalgia on the Blue Train is no exception. 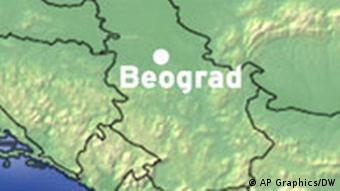 The Blue Train travels from Belgrade all across the former Yugoslavia

Of course, no one seriously wants a united Yugoslavia these days, tour guide Stettic says. But putting the Blue Train back on track is more than just dusting off and rolling out an old train.

"Our hope is to join the European Community," Stettic says. "But the symbolic value is to preserve those values of Yugoslavia which are still very strong: spiritual, cultural and everything we have done together."

According to Stettic, the train looks back on the past and brings the best of that into the future.

"The symbolic value of this train is enormous," he says.

Further information on Tito's Blue Train and its current route.

"It's so impressive to think that people actually traveled this way and held meetings in this train." Download Inside Europe's report.