Protest against new mining projects across Latin America are increasingly being quashed, according to NGOs. Mining of the raw materials is also fomenting social and political unrest. 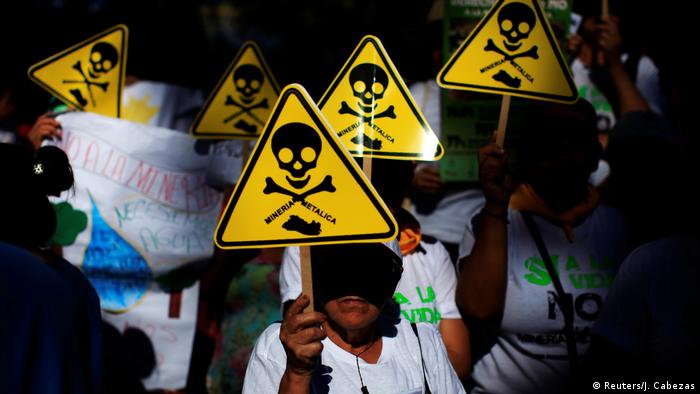 Latin America's mineral wealth is a magnet for global mining investors. The region is home to Chile, the world's leading exporter of copper; Brazil, the third-largest producer of iron; Mexico, the largest producer of silver; and Peru, a leading exporter of silver, copper, gold, and lead. Some 85% of Latin American mineral and metal exports come from these four countries.

CEPAL, the United Nations Economic Commission for Latin America and the Caribbean, also estimates the region holds 61% of the world's lithium reserves.

Yet, there is conflict most everywhere mining companies are active. According to CEPAL, Latin America is the region with the most mining-related socioeconomic conflicts worldwide.

According to Susanne Friess, who tracks mining developments in Latin America for the Catholic aid organization Misereor, such projects have a major influence on communities' access to land and water: "In many cases, mines are in direct proximity to sources of water. That means conflicts occur as soon as companies apply for mining permits."

Challenges from citizens manifest themselves in various forms, ranging from statements made to media outlets, to public protests. Such protests are often met with repression, human rights abuses, and criminalization through the courts. 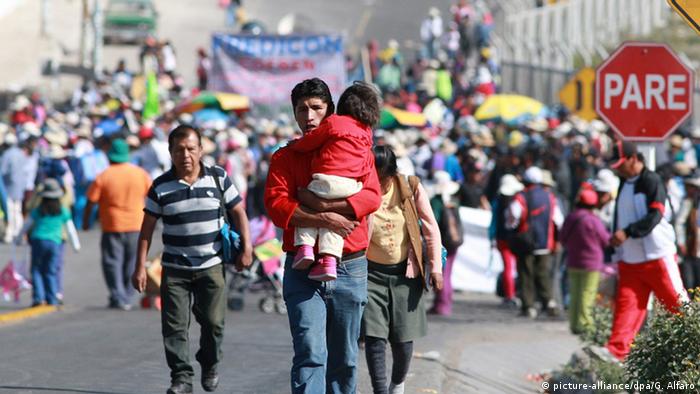 Activists from affected communities complain that they are often the victims of threats, intimidation, kidnapping, dubious court decisions, and various forms of violence – including murder.

One prime example is the Tia Maria mining project that residents in the agricultural area of Arequipa in Southern Peru have fought against for years. Seven people have been killed protesting the project.

Beyond its mineral wealth, Latin America is also attractive to companies because of the business conditions it offers. In a global ranking of countries with the most attractive laws for miners, the Fraser Institute, a think tank, puts Chile, renowned for its geological features and the policies of its federal government, at number six globally. It ranks first among all Latin American countries.

Affected citizens view the environmental ramifications of mining projects with great concern, both in terms of their own access to water for drinking and agriculture, but also their impact on protected areas."Often, residents no longer have access to water, and if they do, it's polluted. Furthermore, mining requires site access across land with unresolved ownership claims," explains Susanne Friess.

The Misereor adviser sees a David and Goliath situation: "In Latin America there is a battle between extremely powerful mining companies and communities with very limited means," she explains.

"Communities feel disadvantaged by companies and the federal government. These people are the ones who are forced to pay the price for maximum extraction of raw materials, and they are also the ones who profit least from it."

Beyond those concrete problems, Friess says local residents are frozen out of every phase of the projects: "They aren't allowed to say anything, instead they are expected to simply accept decisions being made over their heads."

But, she adds, "They are not willing to simply accept things without a fight. They have seen far too many similar projects in the region."

Walter Aduviri was sentenced in connection to anti-mining protests that turned deadly in 2011. The indigenous Aymara have long fought against the state over mining projects in the mineral-rich Puno region. (15.08.2019)

An increase in small-scale gold mining has taken a toll on the Amazon, increasing deforestation and polluting waterways, according to a new report. Mining in protected indigenous areas has increased exponentially. (11.12.2018)