Walter Aduviri was sentenced in connection to anti-mining protests that turned deadly in 2011. The indigenous Aymara have long fought against the state over mining projects in the mineral-rich Puno region. 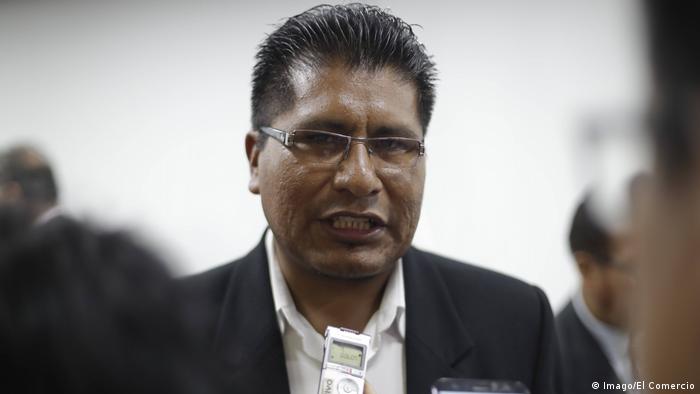 A court in Peru on Wednesday ordered the arrest of Walter Aduviri, the indigenous governor of the mineral-rich Puno department, in the southeastern part of the country.

Aduviri was sentenced to six years in prison for leading deadly anti-mining protests in 2011. The 39-year-old was found guilty of disturbing the public order, but he was not present at the ruling and had ignored a detention order prior to the trial.

His whereabouts are unknown. Agustin Luque, the deputy governor of Puno, was expected to replace him in office.

An accountant by trade, Aduviri spent most of 2018 as a fugitive of a sedition conviction before being acquitted on appeal. He won Puno's governor's race in the October regional elections.

One of Aduviri's lawyers, Aldo Valdivia, said the governor denied any wrongdoing and would remain at an undisclosed "safe harbor," as he resisted a judicial process he considered unfair.

"We'll take it to the Supreme Court," Valdivia said, confirming that Aduviri plans to fight the ruling, on the grounds that no direct proof exists that the indigenous leader organized the protests. 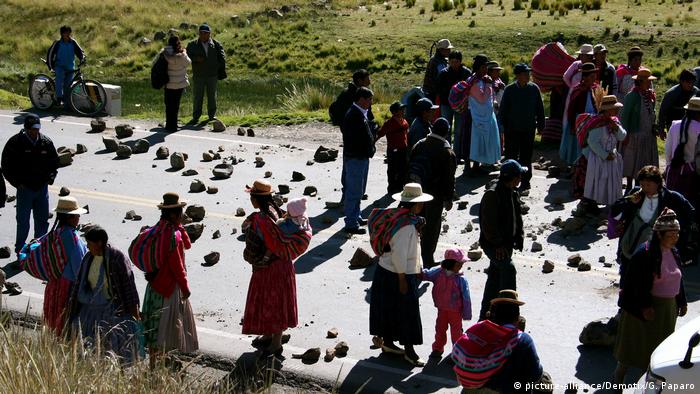 Puno is a highland region rich in gold, silver, tin, lithium and uranium. In 2011, Canadian mining company Bear Creek Mining Corp sought to tap a silver deposit in the area.

But the plan ran into fierce resistance from the local Aymara Indians, who argued that the mine would contaminate local water sources.

The protests, known as "Aymarazo," turned violent, as demonstrators set public and company buildings on fire, blocked roads and clashed with police.

Several people were killed as a result of the unrest and the project was ultimately canceled.

Wednesday's ruling could bring back anti-mining sentiment in Puno, a strategically important region that drives about 15% of the country's economic growth and 60% of its export earnings.

Former Peruvian President Alejandro Toledo is wanted in his home country for corruption in connection with the sprawling Odebrecht scandal. (17.07.2019)

Ubinas volcano in Peru erupts, spreading ash through the south

Peru has declared a state of emergency in the area around the volcano, with further moderate explosions expected. Nearly 30,000 people have been evacuated. (21.07.2019)

Four people are dead and many more injured following protests over a proposed gold mine in Peru. A series of anti-mining protests has seen the government impose a state of emergency three times in the last year. (05.07.2012)