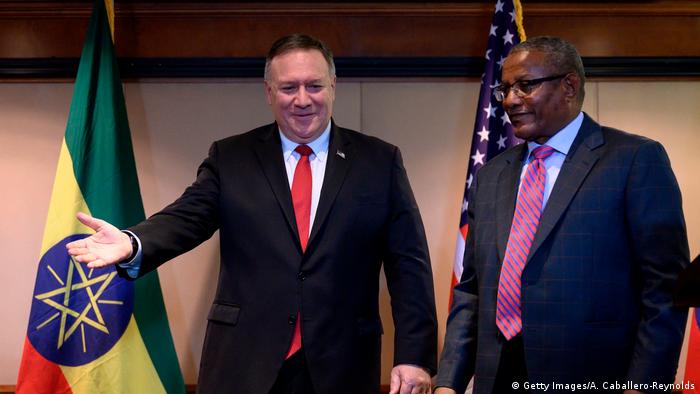 US Secretary of State Mike Pompeo's visit to Senegal, Angola and Ethiopia is taking place as the US military is planning to reduce its presence in West Africa's Sahel region, which is coming to grips with a jihadist insurgency.

Ghanaian security analyst Vladimir Antwi-Danso, a lecturer at the University of Ghana, believes that Washington may have noticed that it needs to engage more in Africa in its own best interest. "It is becoming more and more difficult to quell the rebellion in the area. The US lost a number of troops in Niger and in Mali and has realized that — maybe — it's time to reorient its relationship with Africa," he told DW.

At the end of his stay in Senegal, Pompeo said his government is working to determine what level of American military forces is needed in West Africa to counter the rise of extremist violence in the region. ''We have an obligation to get security right here, it's what will permit economic growth and we're determined to do that,'' Pompeo said, without mentioning details of US troop deployment plans.

It is not in Africa's interest to have more US military coming in, according to Antwi-Danso. "Most of the problems we have now as far as security is concerned are due to US policy in defense matters in Africa." Ousting and killing Libyan dictator Muammar Gadhafi, for example, set off a chain of violent events throughout the Sahel zone. "They are creating problems in such a way that most African countries do not know what to do," he told DW.

Pompeo's decision to visit Senegal instead of neighboring Mali, a country directly affected by terrorism, may have been a conscious effort to promote democratization in Africa, says Gnaka Lagoke, a political analyst at the US University of Pennsylvania. "Despite everything, Senegal is a functioning democracy. And that is what the US certainly wants for neighboring countries affected by terrorism, like Mali, Niger and Burkina Faso, to mention but a few," he told DW. 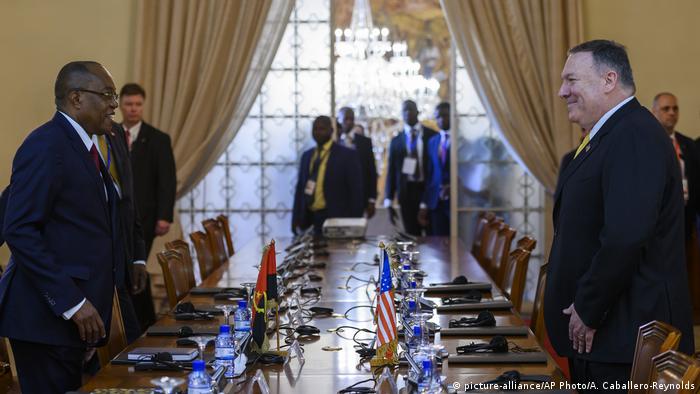 From Senegal, on Monday Pompeo traveled on to Angola, where Foreign Minister Manuel Augusto said: "We believe that his presence here is a sign of support from President Donald Trump for President Joao Lourenco's governmental program, and especially the reforms he has been implementing."

Pompeo did not hold back with praise for Luanda's recent anti-corruption drive. "This country has been held hostage to that corruption for far too long,'' he said, adding: "This reform agenda that the president put in place has to stick." He acknowledged that the Luanda government invited Trump to Angola. The president has yet to visit the continent where he is famous, above all, for using a nasty expletive to describe its countries. It is not clear whether Pompeo's visit helped place relations on a more positive footing.

The fight against corruption might nevertheless not have been uppermost in Pompeo's mind in Angola, analyst Antwi-Danso suspects. "Angola is a very rich country and If America is able to gain Angola, it will gain the whole of southern Africa." For the US, Angola is also a prime country in which to counter the influence of China. The southern African nation borrowed $40 billion from China between 2005 and 2019, representing about half of its external debt, according to the Africa Center for Strategic Studies. State Department spokesperson Morgan Ortagus confirmed that Pompeo and President Lourenco discussed Beijing's role in Africa. 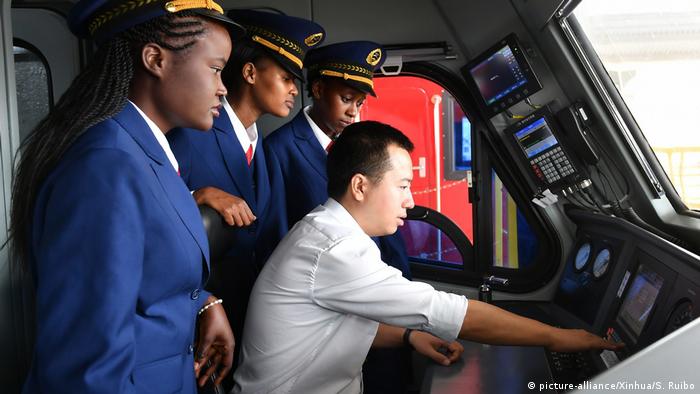 China is also one of the reasons why Pompeo was in Ethiopia on Tuesday, on the last leg of his first African journey as the head of US diplomacy, a post he was appointed to in 2018. "Ethiopia is the gateway to the Horn of Africa. If the US is able to gain a foothold in Ethiopia, it will be able also to counter China's influence in the region," Antwi-Danso said. The US lost the status of Africa's main business partner to China ten years ago.

Who benefits from closer economic ties?

The US announced that it would extend "substantial support" to help prime minister and Nobel Laureate Abiy Ahmed implement crucial democratizing reforms. Ahmed's office said the two also spoke about regional issues, which are thought to have included Ethiopia's dispute with Egypt over a massive dam project, in which Washington is trying to mediate.

In an effort to strengthen economic ties, Pompeo also met with leaders and business people in the countries he visited. Pompeo was set on promoting the US "Prosper Africa" program, devised by former security adviser John Bolton. The initiative aims at shifting the focus from aid to economic relations. Antwi-Danso is skeptical: "Exploitative economic relations, because of oil or other raw materials, are not correct, whether with China or the US. We need an economic relationship that will help take Africa out of the doldrums of poverty and stagnation. Then the world will be more peaceful."

Making it impossible for Africans to travel will not help. A few weeks ago, Nigeria, Eritrea, Sudan, and Tanzania joined Libya and Somalia in the roster of countries whose nationals are mostly barred from entering the US for alleged security reasons.

US troop drawdown from Sahel puts pressure on Europe

As Washington considers cutting military forces in Africa, a potential withdrawal in the conflict-prone Sahel region comes at a fragile moment in joint European efforts to combat militants in the area. (31.01.2020)

What is the US up to in Africa?

DW's Asumpta Lattus spoke to Brian T. Neubert, the director of the US State Department's Johannesburg-based Africa Regional Media Hub, about the state of US-Africa relations. (10.11.2018)