The sovereign debt crisis is driving a surge in migration to Germany. New figures reveal hundreds of thousands of foreign workers flocked to Europe's largest economy in 2012 - a nearly 40 percent jump in just a year. 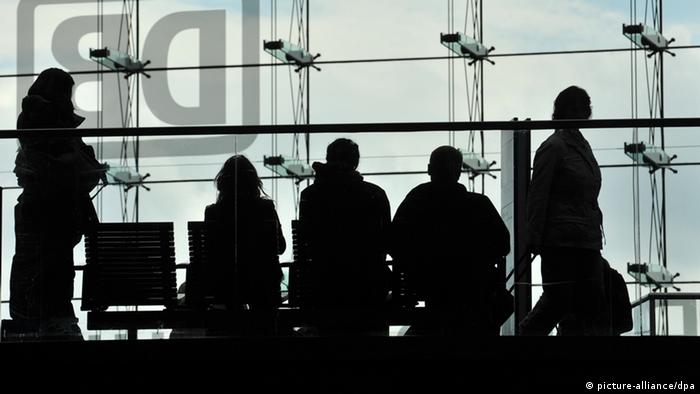 The number of people migrating to Germany jumped nearly 40 percent in a year, according to data released Tuesday by the Organization for Economic Cooperation and Development, a coalition of mostly developed nations.

Driven mainly by economic uncertainty in the euro zone's periphery, which includes weaker nations that are still recovering from the global financial crisis, some 400,000 people flocked to Germany in 2012, the latest year for which figures were available.

"We can clearly speak about a boom of migration to Germany without exaggeration," Thomas Liebig, an OECD migration expert, said as the group released its latest migration outlook just days ahead of European elections in which immigration has been hotly debated.

Germany is now the second-largest country of immigration, after the United States, within the OECD. Germany's robust economy and low unemployment made it an attractive destination for workers from countries like Spain and Greece, where around one in four people are jobless.

The surge in immigration to Germany was also tied to the lifting of labor restrictions there, as more than three-quarters of those heading to Europe's largest economy were the result of free movement within Europe.

The data also highlighted an increase in intra-EU migration. While the OECD logged nearly 1 million citizens of the 28-member bloc moving to another EU country, it said roughly one in three of them headed to Germany.